What Happens in Vegas ...

With all the mischief it’s possible to get up to in Sin City, it’s no wonder they say “What happens in Vegas stays in Vegas.”

And that’s probably why Las Vegas is a popular setting for so many contemporary romances. Who hasn’t had a nightmare about waking up married to the last person you’d ever want to be tied to for life?

Of course, because it’s a romance, Mr. Nightmare will end up being Mr. Right by the last page.

Sadly, I didn’t meet Mr. Right under the neon lights.

In fact, my visits to Vegas tend to be on the tamer side. I’ve been to Las Vegas three times since moving to northern Arizona in 1999—once with my mother, once with my brother and once with my roommate.

All three trips were a blast, albeit in different ways.

Mom and I stayed at Bally’s and wandered the strip for hours. (That was my first visit, and I had no clue what I was doing.) I don’t remember where my brother and I stayed, but we bought tickets to “Spamalot” at the Wynn. It was so much fun. The guy who played “J. Peterman” on “Seinfeld” was the star.

By far, the wildest trip was with my roommate. We stayed at the Sahara and rode the monorail to explore. We ate lunch at the NASCAR Café and treated ourselves to a fancy dinner at Emeril’s restaurant in the MGM Grand. Highlights included a delicious parmesan-beer soup and rich flourless chocolate cake.

For those of you not “in the know,” Olympic Garden is a strip club. Ang and I were reality TV junkies, and we’d seen the cast of the WB’s “The Surreal Life” visit. It looked like so much fun we wanted to check it out for ourselves.

Women dance downstairs, but around the corner and up a narrow staircase, the second floor stage features men. Can I just say Magic Mike has nothing on some of the guys we got to see?

I have a reason for bringing up strippers, I promise.

My newest release from Turquoise Morning Press, “Sliding into Home,” continues the “All Is Fair in Love and Baseball” series. Arizona Condors first baseman Greg Bartlesby is in trouble with the law—again. He punches out Frat Boy (not Jill Shalvis’ dog) for pawing a dancer at a Phoenix strip club, and lands himself in jail.  The lawyer his father hires to defend him turns out to be the dancer he’d been trying to save...or so he thinks.

Greg remains convinced that Jenn is a stripper even though she tells him it was her sister, and stubbornly clings to that belief even as he begins to fall for her.

At first, Jenn doesn’t care what he thinks. But once she gets to know Greg, and his opinion starts to matter, she can’t find a way to tell him the truth. 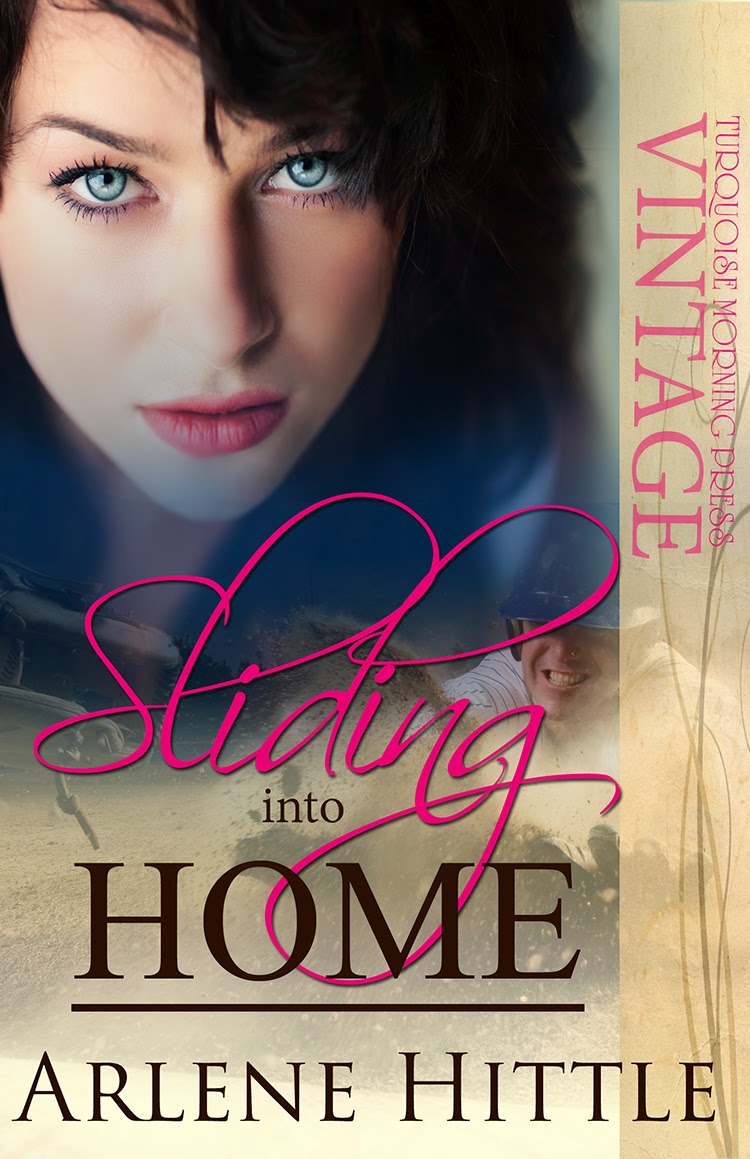 “Not if he treats it as a full-time job,” the judge countered. “It’s only six and two-thirds hours every day for 150 days. But don’t worry, Ms. Simpson. I’m nothing if not reasonable. Your client will have a full year to put in the hours.”

She banged her gavel. “Court dismissed.”

Shell-shocked, Jenn waited for the judge to exit the courtroom and then did the same. She barely noticed Greg was a step behind her.

When she realized he followed her, halfway down the corridor, she stopped and turned. He was watching her closely, his face nearly as severe as the judge’s had been. She didn’t like the scrutiny. She didn’t much like him, either, for that matter. He talked too much. “What?”

“You’re a much better stripper than you are a lawyer.”

“I’m not—never mind.” This spoiled man-child’s opinion of her was of no consequence whatsoever. “Things would have gone much more smoothly if you knew when to shut your big mouth.”

“Or if you were as familiar with law as you are with the pole.”

Letting him think she danced was one thing. Listening to him insult her sister’s current livelihood was another. “You think you’re so much better? Have you forgotten you play with balls for a living?”

SLIDING INTO HOME
Will a sexy attorney help the Condors’ rebel first baseman outrun his father’s shadow—or merely strip him of his illusions?

More than anything, Arizona Condors first baseman Greg Bartlesby wants to make his own name in the big leagues. Too bad being the son of MLB legend Jake “Big Man” Bartlesby makes that impossible. Even worse? His attempts to differentiate himself from his old man more often land him in legal trouble. His latest brush with the law brings him in contact with an attorney he’s met before—as a dancer at the club where he was arrested…for protecting her.

Jenn Simpson isn’t a stripper—not that she can convince her bonehead client her twin is the one doing the dancing. When Greg offers her sister a job at his father’s Foundation, Jenn is the one who accepts, at her sister’s urging. She soon discovers she likes the work—and her new boss. As she and Greg forge a friendship and more, she knows it’s time to convince him she’s not who he thinks. But when his father’s hospitalization compels Greg to fast-track his leap to the majors by capitalizing on Big Jake’s fame, it might be too late for her to expunge the record.


Your turn. Have you ever been to Las Vegas? What was your favorite part of the trip?
Posted by Maureen A. Miller at 12:30 AM