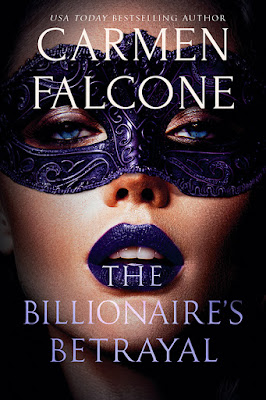 In this scene, Brooks is trying to convince Madam Alexa to become his business partner.

A warm stir worked its way down his body, earning a nod from every fiber. Ignoring her lack of hospitality, he pulled out the chair in front of her seat. “I have a business proposition for you.”

“I’m not for sale.” She neatly stacked some papers on her desk. She opened a folder, retrieved a couple of documents, and then tossed them into a drawer without bothering to look at him. “Out or I’m calling security.”

A smile curled the corner of his lips and a rush of adrenaline bolted through his veins. “I’m not interested in you,” he said evenly. “You’re not my type.”

I don’t date madams. Not unless he wanted to go against every principle his good mother had instilled in him.

Alexa raised her head to stare at him again. A hint of curiosity touched her eyes and she leaned back in the chair, sizing him up. Tension thickened in the air, his heartbeat thundering in his ears. He ran every day and practiced tae kwon do often, but no amount of physical endurance had prepared him for a face-to-face with Madam Alexa herself. “I favor petite short blondes. Not that there’s anything wrong with you, of course,” he said casually, knowing pretty damn well he had her attention.

She lifted her eyebrow, and he wasn’t sure if she wanted to throw a vase at him or ignore him. The main vein in her neck pulsed. “Thanks for your reassurance. Looks like I can finally sleep at night,” she said, sarcasm leaking into her voice.

He waved her off. “Anytime. What brings me here is a venture of a professional nature.”
She sighed, folding her arms over her chest. “Amuse me,” she said.

Damn it, he could see why men offered lots of money for the opportunity to f**k her. Unlike those inexperienced virgins she sold, Madam Alexa was all woman and had a veneer of sexy superiority around her most men couldn’t resist. What would it be like to seduce her, to make her succumb to his wants and needs? Was she as assertive in the bedroom or did she prefer that a guy take charge between the sheets?

He cleared his throat, willing the sinful images away. “I know you’re famous for your virgin auction. I propose I help you organize a male virgin auction,” he said. The idea had seemed crazy at first, but for the last two weeks, the more he thought about it, the more it made sense. What better way to get Madam Alexa’s trust than to work with her?

She studied him for a bit, then laughed. The sexy, hearty sound was like downing a shot of tequila—it agitated him at first, then relaxed his limbs and prepared him for another. “Are you kidding? Where would I find the target audience? My name has been thrown around online. A lot of women hate me, in case you haven’t researched.”

Oh yeah, he had. She’d given a few exclusive interviews about her occupation but always stopped short of revealing too much about herself. “Yes. That’s where I come in. Brooks Taylor, at your service,” he said, tilting his head to one side. “I’m well connected and know a lot of women, from all over the country, who would be into this kind of thing. They’d fly in and have the time of their lives.”

“And what do you want in return?”

She picked up a pen from the silver penholder and clicked it, studying him. “You look like you already have money. Why would you want to do something of such a questionable nature?”

“Because it’s my specialty. Besides, this could be the beginning of a fruitful partnership,” he said. Damn, his father would cut him off altogether if he ever learned of Brooks’s plan. Thankfully, Brooks had used his growing up on a ranch and then a bachelor’s in agriculture to his benefit—with the right investments, his brand of cattle farms had become one of the most successful in the country.

“My virgins see a doctor and they have a certificate of virginity. I don’t fool my buyers. How can we make sure it’s the same case for males?”

He scratched his day-old stubble. “Well, that’s tricky, I agree. But why can’t the virginity guarantee take a back seat to the fantasy of breaking in a young stud? Think of the moneyed middle-aged women ready to sleep with a man perceived to be innocent. A good-looking dude. Do they need anything else?”

She played with her pen, rolling it between her fingers. “Why me?”
“Because you already know the ropes. Saves me time.” She sat her pen on the desk. “I need to think.”

Needing to think was a hell of a lot better than a straight- up no. He stood, trills of hope surging through him. Yeah. He’d get his answers—and his revenge. “Tell you what. I’ll take you to dinner tomorrow. You can tell me your decision then.”

She lifted her hand in refusal, and even though she was sitting, he felt like she was on the same eye level as him. Her presence was that strong. “I don’t do dinners—”

He gave her a once-over, pretending annoyance himself. “Don’t you eat?”

She did a half eye roll. “You can come back here tomorrow. I’ll have my answer by then.”

Giveaway:
One lucky reader leaving a comment or email entry can win a $10 Amazon gift card!

Giveaway ends 11:59pm EST September 16th. Due to GDPR regulations you no longer need to submit your email address in the comments. If you have been selected as a winner your name will be posted at the top of the post. You may then contact maureen@JustContemporaryRomance.com to claim your prize. Your email address will be shared with the author/publicist providing the giveaway.