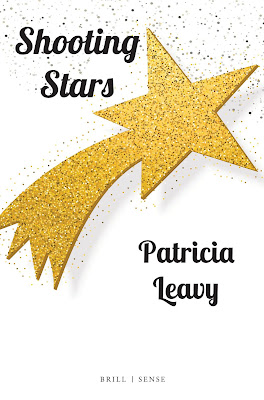 people can love others in extraordinary ways. Shooting Stars is a novel about our chosen families—the friends and lovers with whom we laugh, cry, and heal. If you’re looking for something hopeful, inspirational, and full of love, please check out my little love letter to love itself.

When they arrived at Jack’s small apartment, he took her coat. She glanced around and noticed the walls were completely bare. “How long have you lived here?” she asked.

“About nine years,” he replied. “Can I get you some coffee or something else to drink?”

She shook her head and meandered over to his bedroom. He followed. He took the back of her head in his hand and started to kiss her, gently and with increasing passion. He pulled off his shirt and they continued kissing. He pulled back to look at her and she noticed the scars on his body: two on his right shoulder, another on his abdomen, and smaller marks along his upper arms. When he noticed her looking, he turned around to lower the light, revealing the gashes across his back. She brushed her fingers along the deep marks. “I’m sorry,” he said. “War wounds. A couple of gunshots. Some other stuff from when I was in the Gulf. I know it’s gruesome.”

“I’m sorry, I didn’t mean it that way. It’s just that I’ve never seen anyone whose outsides match my insides.”

He looked at her sympathetically.

“I was abused when I was little. My grandfather and my uncle. It started when I was eight. No one can see my wounds, but they’re there.”

He stood still, looking at her.

“I’m so sorry. I’ve never shared that with any man I’ve been with in my entire life, and I just met you. That has to be the least sexy thing ever. I’ll leave,” she stammered, trying to walk past him.

He took her hand and pulled her back toward him. He cupped her face in his hands, gently caressed her cheeks, and kissed her. They made love with their eyes locked on to each other. Afterward, he held her in his arms and said, “That was so special. Spend the day with me tomorrow.”

“Okay,” she replied, and they fell asleep, their limbs entangled. 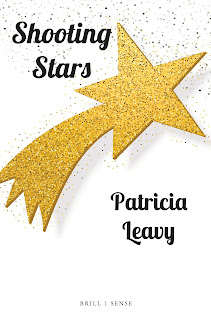 Tess Lee is a novelist. Her inspirational books explore people’s innermost struggles and the human need to believe that there is light at the end of the tunnel. Despite her extraordinary success, she’s been unable to find personal happiness. Jack Miller is a federal agent. After spending decades immersed in a violent world, a residue remains. He’s dedicated everything to his job, leaving nothing for himself. The night Tess and Jack meet, their connection is palpable. She examines the scars on his body and says, “I’ve never seen anyone whose outsides match my insides.” The two embark on an epic love story that asks the questions: What happens when people truly see each other? Can unconditional love change the way we see ourselves? Their friends are along for the ride: Omar, Tess’s sarcastic best friend who mysteriously calls her Butterfly; Joe, Jack’s friend from the Bureau who understands the sacrifices he’s made; and Bobby, Jack’s younger friend who never fails to lighten the mood. Shooting Stars is a novel about walking through our past traumas, moving from darkness to light, and the ways in which love – from lovers, friends, or the art we experience – heals us. Written as unfolding action, Shooting Stars is a poignant novel that moves fluidly between melancholy, humor, and joy.