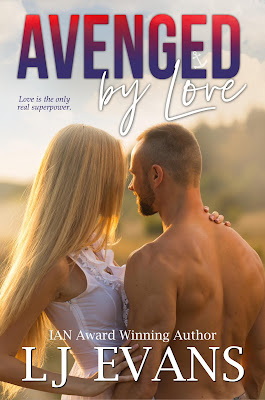 Hello everyone!
I hope that you are all holding up in this crazy time we’re living in. The best thing about it for me has been that I’ve been able to get some reading and writing in (which my brain allows me to concentrate). I’m excited to be here sharing Avenged by Love with you today.
This story is the third in the standalone Anchor Novels. Each book has centered around one of three best friends: Eli, Mac, and Truck. This is Truck’s story. His real name is Travis, but no one  has called him that since before his time at the academy. When he first meets Jersey, she can’t seem to call him by his nickname, though, and that’s where they start off. Strangers who become friends who become so much more!
It’s a contemporary, military, fake marriage romance that I never thought I’d write!
Here’s the short of it. Truck is a Coast Guard who blames himself for his brother’s downward spiral and has a superhero complex. He likes to save people. He’s also deathly afraid of horror movies, which seems so anti-heroish that it was fun to play with. He’s pretty much the most honorable, straight forward, caring guy you could meet.
Jersey is the town pariah because of her family’s past, but she’s determined to make sure her younger, genius sister has the best life possible. She loves all the comics and all the superheroes and while it’s easy for her to be attracted to Truck, she doesn’t believe she deserves him. She has some pretty serious health issues and draws her own incredible comic book heroes, but she refuses to do anything about either until Truck slowly starts to force her out from behind her protective shield.
Like all the books in the Anchor Novels, this is a standalone, HEA story about true friends, real "family", and the dreams that we reshape as we go through this crazy thing called life. With vivid, endearing characters who will almost certainly carve out a special little spot in your heart, I hope they are books you won’t want to miss.

You can catch the sneak peek of Truck & Jersey before the story starts AND the 1st two chapters for FREE here: https://BookHip.com/RTCPKF
Our finding reading options on Amazon: https://amzn.to/31ma5fZ 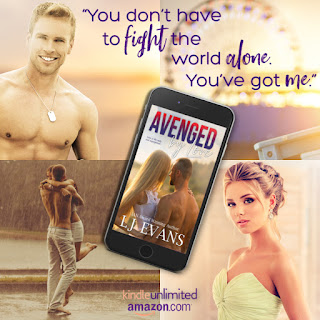 BOOK DESCRIPTION:
“You don’t have to fight the world alone. You’ve got me.”

Travis Dayton, a.k.a. Truck, is focused on two things: settling into his position at the Coast Guard Academy and helping his younger brother stay out of trouble. So even though the beautiful, comic loving Jersey Banner is tugging at his heart strings in funny ways, he isn’t going to act on those emotions. Not when he’ll eventually be moving on, and she’ll be staying behind.

Jersey has been struggling to keep her family afloat ever since their dad went to jail. The pain she feels on a regular basis? It isn’t anything she can stop to think about. At least not, until she ends up at the emergency room in the protective arms of the one man who makes her pulse beat faster than the superheroes she worships.

Seeing Jersey in desperate need of medical care she can’t afford, Truck does the only thing he can to help… he marries her.

When chaos invades their lives, their temporary deal starts to crumble. Hearts and souls are twined together, so that there’s little chance of escape without permanent damage. Unless, they just surrender to it all and let love heal them both.

“Love is the only real superpower.”

EXCERPT:
Ready for a teaser? This scene was an incredible amount of fun to write:

“Excuse me?” I asked because I was sure I’d heard him wrong.

He dragged a hand over his face. “Sorry. Screwed that up. Let me try again.”

Try again? He was going to ask me to marry him in a different way? I looked around, expecting Violet to be filming this as some weird prank to post on her social media accounts.

“I was thinking,” he started, and this time, I could tell he was nervous.

“Stop. Don’t. Whatever you’re going to say, just don’t. You don’t even know me.”

This seemed to knock him out of whatever apprehensive state he was in, because he chuckled. A slow rumble that bubbled its way across my frame and made me want to lean in and taste it. Taste him and his joy. But it certainly didn’t make me want to marry him.

“Jesus. I really am doing this all wrong. Can we sit down?”

I stared at him for a moment. “Have you been drinking?”

Our dad used to say some really bizarre things when he was drunk. Tony Stark had done some pretty stupid things when he’d been drunk. Drunk and men were a series of bad choices and decisions.

GIVEAWAY:
LJ is offering $5 Amazon eCard and an eBook of the story to one lucky winner.

ABOUT LJ:
Award winning author, LJ Evans, lives in the California Central Valley with her husband, daughter, and the terrors called cats. She's been writing, almost as a compulsion, since she was a little girl and will often pull the car over to write when a song lyric strikes her. While she currently spends her days teaching 1st grade in a local public school, she spends her free time reading and writing, as well as binge-watching original shows like The Crown, Victoria, Veronica Mars, and Stranger Things.

If you ask her the one thing she won’t do, it’s pretty much anything that involves dirt—sports, gardening, or otherwise. But she loves to write about all of those things, and her first published heroine was pretty much involved with dirt on a daily basis, which is exactly why LJ loves fiction novels—the characters can be everything you’re not and still make their way into your heart.

Her debut novel, MY LIFE AS A COUNTRY ALBUM, was an Independent Author Network's 2017 Outstanding Book of the Year. For more information about LJ and her books, check out her website www.ljevansbooks.com.

Giveaway ends 11:59pm EST April 30th. Due to GDPR regulations you no longer need to submit your email address in the comments. If you have been selected as a winner your name will be posted at the top of the post. You may then contact maureen@JustContemporaryRomance.com to claim your prize. Your email address will be shared with the author/publicist providing the giveaway.
Posted by Maureen A. Miller at 12:30 AM