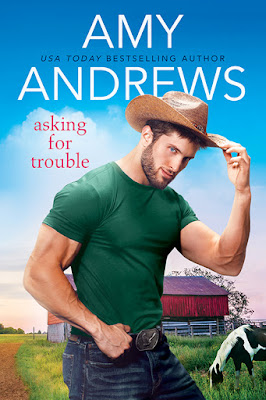 “Let’s see who’s around tonight, shall we?”
Her thigh and his thigh were a good hand span apart, but her arm brushed his as she navigated to Tinder, and his belly muscles reacted with a quick, sharp pull. Tucker swallowed as the aroma of cupcake tickled his nostrils. Was it her shampoo or perfume?
“Hello there, Lester,” Della said.
Tucker inspected the guy on the screen. He was twenty-nine, worked in IT, and lived in Boulder. His profile picture was him with a snowboard. His bio was short and to the point. “Size fourteen shoes. Just sayin’,” Tucker read out loud. Jesus. Why did twenty-somethings feel the need to brag about their dick size to the entire world? “Swipe left.”
She swiped, and a new face appeared on the screen. “Niall,” Della continued. “Twenty-six. He’s a dental nurse and lives in Dodge City.”
The guy on the screen had chosen a blurry black-and-white image that could have been lifted from America’s most-wanted list. Fucking hell. “Why on earth would he choose that picture?” Tucker asked. “He looks like a serial killer. Swipe left. Quickly.”
She laughed. “Hey, come on now. He says he likes computer games and loves his mom.”
“Which means he still lives at home. Probably in the basement.”
“Oh, but look.” She scrolled to the rest of his bio. “He’s also into dinosaurs and stamp collecting and—”
“And?” Tucker prompted.
“Taxidermy.”
Tucker hooted out a laugh. “Why does that not surprise me?”
Della swiped left again. “Ooh, Joel. Now, he looks nice.”
He did. Tall and blond and all-American, laughing at the camera in his football gear, his helmet shoved under his arm, his hair all messy from his helmet. Tucker hated him on sight. “Isn’t he a bit too…pretty?”
“He’s an improvement on Niall.”
“An extra from The Walking Dead would be an improvement on Niall.”
“He’s twenty-five, lives in Denver, works in a bank, likes to read, and he did a gap year before college, building houses in Africa for Habitat for Humanity.”
Of course he did. Give the man a halo. “I bet you there are bathroom selfies.”
She swiped through the five images. Joel with his dog. Joel with a woman who was old enough and similar enough to be his nana. Joel with his shirt off in Africa somewhere, (presumably) showing a skinny little kid with no shoes and a big smile how to belt in a nail with a hammer. Joel hiking in the wilderness somewhere.
“Not one.”
Forget the halo, give him a cross. Joel was a fucking saint. “He sounds perfect.”
“Yeah.”
She swiped right, and Tucker forced himself to smile. If this Joel dude was for real and he and Della hit it off, they could become a thing. She’d said she wasn’t after a relationship, but that didn’t mean it couldn’t happen. Then she might move to Denver. That was a good thing. Although Antarctica would be better.
Out of sight—waaay out of sight—out of mind.
He could shove her back in that Arlo’s sister compartment in his brain where he’d kept her for three years and from which she’d apparently escaped…. 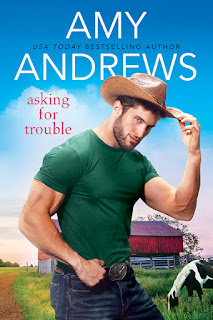 After three years in Credence trying to fade into the background, Della Munroe is sick of being invisible. She’s ready to take back control. To live a little. Hell, she’s ready to see what this dating fuss is all about. And if that means she has to download Tinder and date every guy in Colorado, then she’s up for it.
After her first disastrous attempt, she decides navigating online dating would be better with a wingman, and there’s no better person for it than Tucker Daniels. After all, he is a man. And he owns a bar, which practically makes him a relationship expert. He’s also her older brother’s best friend. Yes, she may have the teeniest tiny inconvenient crush on him, but he’s always had her back.
Tucker Daniels would rather eat broken glass than watch Della go out with a bunch of douchebag dudes only out for one thing. Unfortunately, he’s never been able to say no to her, and before he knows it, Tucker’s not only vetting her dates—he’s teaching her to drive, helping her move out, and buying her a puppy!
But when Della wants him to tutor her in more intimate arts, he freaks out. Because this little sister is strictly off-limits, and saying yes to Della is asking for a whole lot of trouble.

Giveaway:
Amy is giving away an ebook copy of NOTHING BUT TROUBLE to one lucky person leaving a comment or email entry.

Giveaway ends 11:59pm EST April 29th. Due to GDPR regulations you no longer need to submit your email address in the comments. If you have been selected as a winner your name will be posted at the top of the post. You may then contact maureen@JustContemporaryRomance.com to claim your prize. Your email address will be shared with the author/publicist providing the giveaway.
Posted by Maureen A. Miller at 12:30 AM