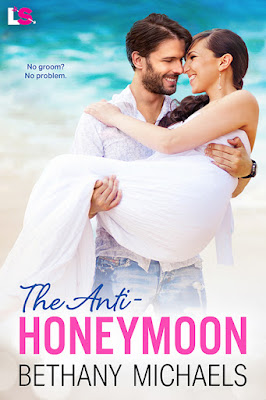 I’m generally an upbeat person, but a couple of years ago I was in sort of a funk over the state of the world, some minor health issues and some family drama (there’s always drama when you have four teenagers). And then my grandmother passed away. Two days later, one of my oldest friends, a girl I’d gone to elementary school and high school with, who went to same college, and was even in my wedding, passed away, too.

That was a rough week.

My grandmother had been in decline, so that was really sad but not a huge shock. But my childhood friend was in the prime of her life and her passing was very sudden and expected. It hit me really hard. For the first time in my life I found myself in a funk I just couldn’t shake off easily.

Apart from the support of friends and family, the thing that really helped me was laughter. I would watch an episode or two (or ten) of a sit-com on Netflix each day and just that little 20-minute humor break really, really helped me. Over the couple of months that followed the two back-to-back deaths, I watched all the seasons of The Office, Parks and Recreation and New Girl. Just being able to forget you worries for a few minutes is a gift, whether it comes in the form of a TV show, a movie, or a funny book.

In The Anti-Honeymoon, my character, Jenna, is also recovering from a blow. Yes, she was the one who decided she couldn’t go through with her wedding and broke things off with her guy, but, as her partner in crime, Zach, points out, getting over a break-up is actually very similar to working through the grief process. Sometimes you just can’t bounce back on your own. You may even need counseling or medication. It takes deliberate effort to dig your way out and work through things. In The Anti-Honeymoon, Zach recognizes Jenna needs his help and he has a plan for how to help Jenna get there.

“Better than yoga, right?” Zach asked, holding the punching bag for her.

“Yoga is all about slow, deliberate movements, balance, strength, breath. It’s sensual and calming. Kickboxing seems mostly about violence. And sweat. So much sweat.” While Zach looked super yummy dripping with sweat, Jenna had no doubt that her face was blotchy red, her hair was a frizzy mess and she smelled like an old sneaker. Not to mention, she hated boob sweat and there was a lot of that.

“Exactly why we’re doing this instead of yoga. You need to work out your anger.”

“The anger that comes with the second stage of grief.”

“Getting over a break-up has the same neurological stress markers and recovery process as dealing with a death,” he said matter-of-factly. “The first stage is denial and isolation, the second is anger.”

“Denial and isolation sound pretty good to me. Can’t we stick with those a while longer? And since when did you become an expert on grief? I thought you said you didn’t people very well.”

“I researched it last night,” he said. “Now keep punching.”

“Research?” Jenna swung at the bag, landing a light right hook that didn’t resemble anything Kimi had taught them during the first half of the lesson.

He shrugged. “When trying to solve a problem, the best place to start is with data.”

“And that works for you?”

“My business is all about data and research.”

“And with the ladies?”

“You’re here, aren’t you? And you’re dressed, on your feet and not wallowing on the sofa covered in Doritos dust.”

He had a point. If Zach hadn’t offered to stay and hang out with her today, Jenna would be exactly where he predicted, although her drug of choice would have seen her deepening the ass groove in the sofa with a face full of melted chocolate. The good stuff, too.

Zach moved away. “Let’s try something else.” He picked up two big pads that slipped over his hands. He held them up. “Punch these. But maybe don’t try the kicks. I’m not wearing a cup.”
Jenna’s gaze dropped to the front of his pants before she could stop it. She immediately jerked back to his face but it was too late.

He grinned at her and she was caught. “Sorry.

Giveaway:
Bethany is giving away a $10 Amazon gift card to one lucky person leaving a comment or email entry!

Giveaway ends 11:59pm EST March 16th. Due to GDPR regulations you no longer need to submit your email address in the comments. If you have been selected as a winner your name will be posted at the top of the post. You may then contact maureen@JustContemporaryRomance.com to claim your prize. Your email address will be shared with the author/publicist providing the giveaway.