Lovers to enemies to lovers. 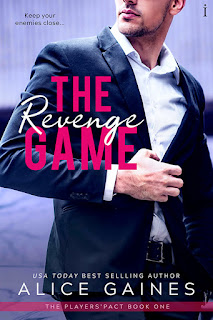 Adam Morrow and his two friends have declared themselves a Player’s Pact—men who will never give their hearts but will enjoy the pleasures of the flesh.  Now, Adam has been confronted by the woman who betrayed him years before, and he wonders if the old spark is still there.

“What are you going to do?” Ryan said.

Grant clapped Adam on the shoulder. “He’s going to get drunk, like any sane human male when he sees his ex—”

“You’re a pain in the ass,” Adam said, but that didn’t stop him from downing his martini.
“Maybe she still wants you,” Ryan said. “She had the best. Why would she want the rest?”

“It’s been too long.” But had it been? She’d pretended confidence when she’d confronted him, but he knew how vulnerable she’d been when she was younger. That person was still in there. Her eyes gave her away. They still held the hurt that had made him want to protect her back then. She didn’t know how to fight then, and she probably still didn’t.

He, on the other hand, knew little else. He still went with his boxing instincts. They’d served him well in business.

“Wait a minute.” Ryan pointed in Nicole’s general direction. “Westmore. Isn’t that the hotel chain you’re trying to take over?”

“The man you used to work for,” Ryan said.

“As a chauffeur, for one summer.” The bastard treated his staff as if they weren’t fully human, and so he had constant turnover. “Old man Westmore nearly had a coronary when he discovered his daughter had fallen in love with the help.”

“So, what happened?” Grant asked.

“When things got tough, Nicole went along with her father’s wishes.” She’d chosen the bastard over him. Since then, Adam had planned and plotted, going to great lengths to show both of them who was the better businessman. At first, he’d just competed with Westmore’s company. He had more devious plans now.

He’d taken money from Vivian to get his own company off the ground. Together, they’d figured out a way to take over Westmore’s hotels through stock buy-outs, and the upcoming fatal blow—a vote of no confidence in the CEO. Vivian seemed thrilled to sink Nicole now that Nicole’s father had died. Did Adam really feel the same way after seeing Nicole again? Oh, hell.

“The two of you were lovers, right?” Grant asked.

Adam drained the last of his martini. “I took her virginity.”

Grant whistled again. “You two have a messed-up history.”

“You could say that.”

“Here’s what Dr. Ryan recommends,” Ryan said. “See if the spark is still there. If not, just walk away.”

“And if it is… Well, we’re not players for nothing,” Grant said.

Seduce Nicole? First of all, could he? The guys were right. If there was no spark, nothing was lost. But if the old flame hadn’t died out for either of them, well, it was worth exploring. Sex with her had been so amazing. She went from zero to top speed as soon as he touched her. It was the ultimate turn-on. He’d never come across another woman who responded so hotly to his touch. Sex with Nicole wasn’t an exercise in creating orgasms. It was a full-body experience.

“You’re thinking about it,” Grant said.

Grant grabbed another martini from a waiter and exchanged it for Adam’s empty. “It’s a great idea.”

“At least one of us will have some fun tonight,” Ryan said.

“Yeah, this is my baby sister’s wedding,” Grant said. “I’d better behave myself.”

This time, Ryan put his hand on Adam’s shoulder. “You can do it, Adam. Put the old ghost from your past to rest.”

He was still playing with the idea when Nicole sealed the deal by walking out onto the balcony alone. He could talk to her there, apologize for the cutting remark, and see where the conversation led. He could find out if the passionate woman he knew so long ago still lurked under her now-cool exterior.

“You talked me into it,” he said. Then he made his way around the crowd, toward the balcony and a date with his past. 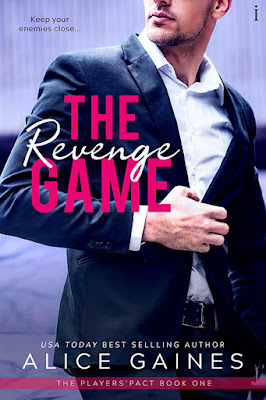 Adam Morrow is a self-made millionaire. But one night with her could ruin everything…
I’ve worked my ass off for what I have, and I’m damn proud of it. I started off with nothing and now I’m filthy rich. Let me tell you, there’s nothing like revenge to help you get your ass in gear. And that’s what I’m taking, with every exclusive resort I open—sweet, sweet revenge…on her.
Nicole Westmore was my first love. The poor little rich girl stole my heart with her sweet smile, hot body, and irresistible innocence. The summer I worked for her father was the best time of my life…until he drove me away. Even then, I thought Nicole would wait for me. She didn’t.
And so, I decided to get even, opening rival hotels, slowly driving them out of business. The old man is gone now, but Nicole is still running the company that’s about to collapse. All my hard work will soon pay off.
And then I catch sight of her at a wedding, and all those feelings come rushing back--for both of us. Still, she doesn’t know what I’ve done—yet—and she seems more than willing. What will one night in her bed hurt?


The sex is hotter than ever, and I can’t help wondering if I’ve made a mistake. Until I get up the next morning…and realize I’ve been kidnapped! 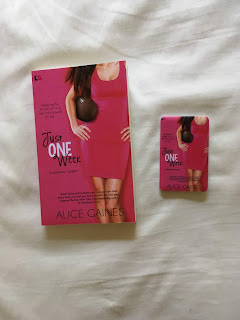 Giveaway:
Alice is giving away a paperback and a custom phone charger to one lucky person leaving a comment or email entry!

Giveaway ends 11:59pm EST September 23rd. Due to GDPR regulations you no longer need to submit your email address in the comments. If you have been selected as a winner your name will be posted at the top of the post. You may then contact maureen@JustContemporaryRomance.com to claim your prize. Your email address will be shared with the author/publicist providing the giveaway. US residents only.