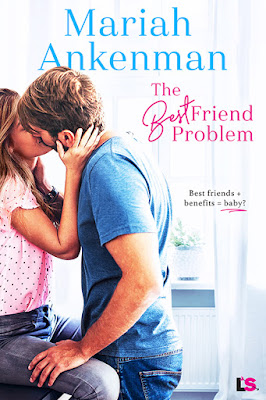 The night after crossing a line in their friendship Pru wakes up to grapple with the fact that not only did she have sex with her best friend last night, but it was the most amazing sex of her life.
***Excerpt***
What did this all mean? Her heart raced, panic gripping her. She didn’t regret last night. Not one single second of it, but she had no idea what to do now.
She’d never had a one-night stand. Which was kind of what they’d agreed this was, right? Sating a curiosity. Scratching an itch. It wasn’t like either of them planned to turn their friendship into a relationship. So where did that leave them this morning?
Did one-time sex only count at night or was it like a twenty-four-hour kind of deal? Did she stay and have breakfast? Run out claiming an important work meeting?
You can’t say that, dummy; he knows you.
That was the problem. They knew each other so well. She usually knew what to do when she crashed over at Finn’s place after a night of trivia or a movie marathon. They’d hit up Dozens for Novo coffee and a plate of Here’s Your Aspen scrambled eggs, then walk down 16th Street Mall and people watch. But she’d always kept her clothes on those nights and slept on the couch, not in bed with him.
Could she sit across a busy breakfast diner chatting away with him now that she knew when he blew on his hot coffee, it was with the exact same gentle breath that rose goose bumps on her naked flesh just last night?
“Morning.” His voice rumbled in her ear as he nudged the tip of his nose along her temple, leaving a soft kiss on her cheek. “Sleep okay?”
She turned to face him. Oh crap, it hadn’t just been the booze. He was even sexier this morning than he’d been last night. Couldn’t he have horrifying bed head or something? A small flaw for her to make fun of to get this strange panic out of her chest?
“Yup. You?”
The left side of his lips curled up in a grin. “Best sleep I’ve had in a long time.”
Her too, oddly enough. She supposed good sex did that to a person. No. Not good sex—phenomenal sex.
“Sooooo, this is good. Fine. Totally cool,” she said.
His smile faltered.
“I mean it’s, you know, not weird.”
“Okay.”
She pushed her hair away from her face, fingers tugging on the strands. “’Cause we were wondering if it was going to be weird and, you know. It’s not.”
He raised one eyebrow. “Sure.”
“Totally not weird.” Tug.
The second eyebrow joined the first. “Right.”
“Not weird at all.” Tug, tug, tug.
He snorted. “Yeah, I’d be more convinced if you weren’t commenting on how not weird it is. That’s weird, Pru. And you’re tugging on your hair.”
Crap. The problem with sleeping with someone who knew you so well was you couldn’t hide anything from them. Like an encroaching panic attack from the fact that she slept with her best friend.
“How’s that freak-out going in there?” He reached out to poke at her forehead.
She swatted his finger away, scowling. “It’s going just fine, thank you.”
“Gonna run out on me or wanna grab breakfast?”
And there it was. He was offering her their agreement. One night of exploration and then everything back to normal. A wave of relief crashed over her.
They hadn’t ruined anything. She didn’t need to figure out what this meant or what she should do next. They were just Finn and Pru. Best buds, grabbing breakfast after a sleepover. Different from their usual sleepovers—naughtier, oh so naughtier. But he wasn’t kicking her out or asking for more.
They were good.
They were them.
“If you think I’m running anywhere before I get some coffee and food in me, you’re a bonehead.”
“I’ve been called worse.”
She laughed, starting to rise, but then the sheets slid against her skin, the sensual action reminding her of her lack of clothing. “Um, could you…?”
His eyes widened. “Seriously?”
“Yes, you perv! Close your eyes.”
“Pru, I’ve seen it all. Seen it, touched it, tasted it—”
She smashed a hand over his mouth to stop the outrageous words from escaping. Her cheeks burned, knowing everything he said was true, but unable to tamp down the embarrassment of it all in the light of day. Her best friend now had intimate knowledge of her. It was… Okay fine, it was freakin’ weird. 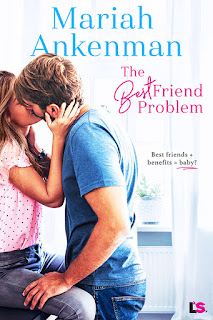 
Prudence Carlson has been lucky in life. A fulfilling wedding-planning business run with her girlfriends in Colorado, plus the best guy friend ever in her firefighter bestie Finn. All that’s missing from it is a baby. Luckily, it’s the twenty-first century—Pru can take matters into her own hands. She doesn’t need to find true love to create the future love of her life.
Except all this talk of babies and insemination and...Pru and Finn cross a line they never expected to. Sure, one night of passion won’t change their close friendship. Until Pru goes in for a fertility check-up to find… she’s already pregnant.


As best friends, Pru and Finn have survived college, new jobs, and bad breakups, but can they survive crib shopping, birth classes, and late-night cravings? Especially when Finn has never considered himself even remotely Daddy material?