Hey, Just Contemporary Romance readers! Society Girl is my romance set following an American girl named Samantha, who tries to enter an elite, secret society in Oxford, England, after discovering that her father is a Duke! The Animos Society tries to make her enter a cruel bet to enter their ranks, but she finds herself falling for her mark, threatening everything she’s ever wanted…

In this scene, Samantha sets eyes on Daniel Best, her father’s driver, and we can already see her mind drifting towards romance. I really hope you enjoy it! 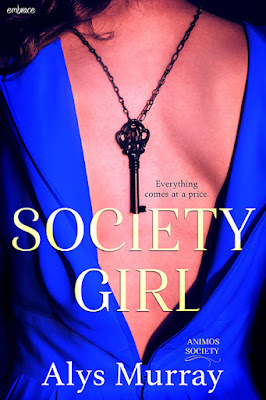 It was really beautiful, Ashbrooke. Like stepping into another time. Some days, when she was walking along the paths outside, she’d carry a book and pretend she was Elizabeth Bennet, rushing home to meet her large, welcoming family at Longbourn. It wasn’t hard to imagine Ashbrooke as one of those grand Regency houses. Mostly because it had been around since the eleventh century, so… During the Regency, it had been one of those Regency houses.

It was less easy to imagine it covered in curricles and flushed maidens when a vintage Rolls-Royce—her father’s car of choice—curved around the gravel drive, stopping dead in front of the house to give Sam a full view of the decidedly unhistorical man driving it. Her heart skipped a beat. She hadn’t seen him before.

Rising from the car, but keeping the engine running, he stood to his full height. Standing well over six feet, he glistened in the rare British sun, his tan skin broken up by blocks of car oil and grease. A tight, holey T-shirt and a pair of work coveralls tied at the waist revealed the strength in his smooth, surprisingly languid form. This was not a man who’d ever lost a fight. He was a man chiseled from stone, with high cheekbones and floppy, golden hair. His eyes were…green? No, she couldn’t tell, but she could tell how they would crinkle at the edges if he smiled too wide.

Behind her, someone cleared their throat. She didn’t pay attention. She couldn’t look away. A busy mind made quick work of memorizing him. She’d… She’d never seen a man like him. Certainly not one so handsome, not in person.

There was something else, though. Something not entirely physical about him. He seemed…good. Not a breath of pretension or falsehood hung around his broad shoulders.

She’d been surrounded by the elite of Great Britain for weeks now, but none of them caught her heart and held it by the wings like a hunted butterfly like this man did without even realizing it. Not that she was interested in that kind of thing. She wasn’t. She definitely wasn't. 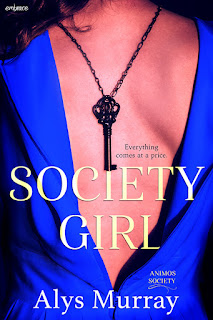 Sam Dubarry is a cynic. Growing up in the foster system in NYC does that to you. And falling in love is by far the stupidest thing you could do in her opinion.
But there’s one thing she craves more than anything—family. The illegitimate American daughter of an English Lord, Sam is desperate to make her father take notice of her. Which is where the Animos Society comes in.
The exclusive Oxford University club is her family’s legacy—and full of the worst kind of rich men. But becoming the first female member will take everything she has. Maybe more.
Daniel Best is the one man who truly sees Sam. The real her. The new mechanic for her father, Daniel is everything the Animos’ aren’t. Kind, honorable, good. But then the worst thing she can imagine happens…


The Society will let her in, if she destroys the one person she might be falling in love with first.

Giveaway:
Since Daniel, our hero, is a musician as well as a part-time mechanic, let me know your favorite love song in the comments below! I’ll send one lucky commenter a copy of Society Girl and a signed Oxford University postcard to add to your collection of bookmarks!

Giveaway ends 11:59pm EST August 20th. Due to GDPR regulations you no longer need to submit your email address in the comments. If you have been selected as a winner your name will be posted at the top of the post. You may then contact maureen@JustContemporaryRomance.com to claim your prize. Your email address will be shared with the author/publicist providing the giveaway.
Posted by Maureen A. Miller at 12:30 AM