Time to Celebrate Christmas in July!

Celebrate these brand new novellas from some of our favorite contemporary romance authors – out now! 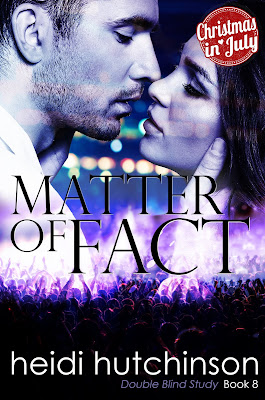 Rock stars. Family Christmas. Long lost love.
Carl has spent the better part of his life wrangling rock stars. As Double Blind Study’s tour manager, he doesn’t get a lot of time to think about himself. His life is about keeping the guys happy and safe. He failed at that once, he’ll never do it again.

But an unexpected encounter with the one great love of his life has him thinking about more than the band.
Miranda’s old college boyfriend shows up at her family’s house for Christmas. Surrounded by carols, cookies, and rock stars, old feelings surface.

Is it just the magic from the mistletoe bringing them closer, or has the intense love they once shared come back for good?

This book takes place during the Christmas break of Learn to Fly.
PG 17 for language, repressed feelings, light heat, and too much eggnog. 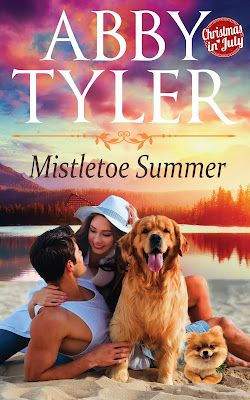 It was love at first sight. For their dogs.

Cody Jones didn't expect to ever return to Applebottom, planning a long life of military service and world travel.

But a devastating injury in Iraq narrows his options, so he begrudgingly helps his mother expand her doggy bakery until he figures out what’s next.

And in walks Melody Hopkins.

Melody is dead broke and takes a summer job painting the new pet store to pay the bills. She's new to Applebottom and has never encountered the moody, brutally handsome Cody Jones. She isn’t sure she can work around him, but then her tiny Pomeranian Mistletoe refuses to leave Cody’s service dog, a gorgeous Golden Retriever named Tyrus.

The town notices their reluctant friendship and puts them in charge of a grand opening celebration sure to draw visitors to the new store -- a Christmas in July pet parade.

Cody doesn't want to show off his injury to the whole town, but Melody's infectious optimism convinces him to try. Besides, his service dog Tyrus can't seem to live without Melody’s little fluff ball. What's a veteran and a dog dad to do? 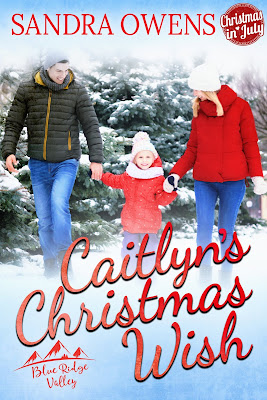 A surprise daughter, an unlikely attraction, and a Christmas wish…

Dax Stockton is finally content with his life, especially since his new position as manager of an animal rescue is so blessedly free of human drama…. until pretty southern belle Taren Blanton brings drama of a totally different sort to his orderly world. Taren is from a wealthy and powerful political family. A woman far out of his league. He is military trained, so he can just discipline her right out of his head.

Taren has no idea why the grouchy former SEAL growls at her whenever she tries to talk to him. Even more surprising is why he fascinates her so. Because no matter how gentle he is with the animals, he’s just not her type. Not even close. When Dax learns he has a daughter, he seems so lost, and Taren’s heart goes out to him. A daughter is a precious gift, and no one knows that better than her. The loss of her own beloved baby broke her, but just maybe this gruff man with the gentle hands and his daughter can heal her. And in return, maybe she can show Dax and his little girl how to be a family.

Can one little girl’s wish and the magic of Christmas bring together two wounded souls, giving her the family she desperately wants?

Find out more about these amazing Christmas-themed romances, and pick up your copies today!