How To Lose A Fiance 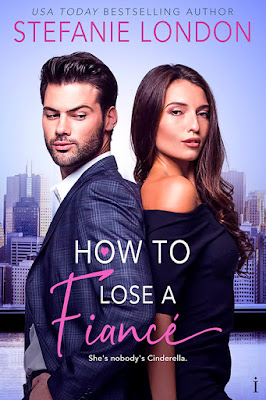 Hi Just Contemporary Romance readers! How toLose a Fiancé is my quirky reverse Cinderella story, where a good girl decides to ditch her pearls and fashionable wardrobe in the hopes of avoiding an arranged marriage with a sexy Greek billionaire.

Here’s a sneak peek at Sophia’s grand entrance. I really hope you enjoy it.

Her mother could pretend she’d sent her daughter off on some fancy vacation if she liked, but that didn’t change the fact that they were trying to sentence her to an unhappy life without the freedom to make her own choices.
“Sorry, Mom,” she muttered under her breath. “I love you, but I can’t be like you.”
Tonight a cocktail party was being held in Dion’s lush and expansive backyard. A party in her honor, apparently. He’d informed her over dinner last night that he wouldn’t be announcing their engagement immediately. Rather, he would introduce her as a family friend and give her a chance to settle in before he broke the news.
“How kind,” she muttered.
Whether people knew she was here to be some modern version of a mail-order bride was irrelevant to her plans. If there was a gathering of people, then she would be putting on a show.
She looked down at the oversized balloon-style pants made of red and yellow satin. They were almost as outlandish than the silk blouse with tiered ruffle sleeves. Sophia stifled a snort as she looked at herself in the mirror.
She couldn’t quite tell what was more ridiculous: the fact that she looked like a couture version of Krusty the Clown, or that these pants had cost almost five hundred Euros. But Dion wanted a high-fashion wife, so she was going to be high fashion.
Dion’s “personal shopper” had taken her out today, on what was clearly mean to be a “make sure she dresses well” trip. Ha! Sophia had allowed the lovely woman to take her out, to help her pick some glittering, strappy sandals with a pencil thin heel. But the demure black dress was tucked away in her closet, its tags still swinging.
Sophia adjusted her hair, which she’d left in its wildly curly, natural state—rather than smoothing it down with a flat iron like she usually did—and sucked in a breath. After spending her entire life doing everything possible to look like the perfect daughter she was, wearing such an outlandish outfit in public was intimidating.
“You can do this.” She stared at her reflection. “You will do this, because then you can go home.”
Home. To the mother and father who were treating her like cattle. To her life of unfulfilling work under her father’s thumb. To the house that was a glorified prison.
“You’re going home to make a new life. Your life. With your dream cottage and running your own business.” She swallowed. “And then you’ll never have to answer to anyone else ever again.”
She flung open the bedroom door and cringed at the sound of string instruments floating up the staircase. It sounded like one of those fancy parties, where people sipped champagne and wore the kind of outfits Sophia would wear back home. Little black dresses, pencil skirts, diamond studs.
Gripping the handrail, Sophia took the stairs carefully, her movements slowed by the teetering Jimmy Choo sandals. The sandals were a ploy to make the outfit look intentional—like this was some huge fashion trend across the pond that he knew nothing about.
Dion would likely be outside wondering where the hell she was. Sophia had never been late for anything in her life, especially not on purpose. But the “big reveal” had to occur when the party was already in swing, because that way Dion couldn’t shuffle her off into a quiet room and demand she change. She needed the moment to be public, so he’d have to grit his teeth and bear it. And plan how to dump her after the party.
There’s no way he’d be able to see her as wife material after this.
When she got to the bottom of the staircase, she could see all the way out to the back garden through the wall-to-ceiling windows in the house’s main lounge area. She could see it all—Dion’s dark hair and tanned skin, his bright smile and warm handshakes and kisses on the cheeks of his guests. She could see the soft glowing lanterns, and the sparkling night sky and the glistening pool. She could even see the trees shifting in the breeze, their leaves fluttering and trembling.
Dion’s perfect, polished life was about to have a spanner thrown in the works.
As if sensing her, his head snapped up and his dark eyes cut through the glass door leading out to the garden. Was it her imagination or did his jaw tighten? Any minute now, she would find out.
“Three, two, one…” she whispered under her breath as she pushed the door open. “Show time.” 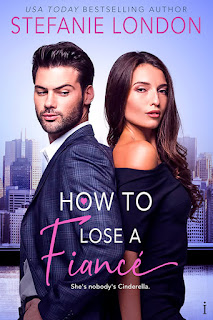 HOW TO LOSE A FIANCE


Sophia Andreou has always been the “good daughter” who tried to keep her domineering father happy. She followed the rules and did everything that was asked of her. But this time, her father is asking too much. The family company is crumbling, and her father has arranged a marriage to a Greek billionaire who can save their property business. What?! Umm no thank you. If Cinderella can dress up to win a prince, surely Sophia can do the opposite and ditch hers...
Dion Kourakis has come a long way from being an orphan with only a single friend to his name. Now he runs a billion-dollar investment company and has the respect of everyone in Europe. His charming personality covers a lot of emotional scars, including his desire to make his mentor proud. Dion doesn’t exactly want a bride to go along with his next business deal, and he plans on letting the lass down gently when they meet...
Only, his future bride has turned out to be nothing like what he thought she’d be. She’s quirky and has a habit of turning up to social events in strange outfits. It doesn’t take a genius to figure out what she’s up to, but the harder she tries to convince him she’d be an awful wife, the more he wants to convince her they’d be perfect together.