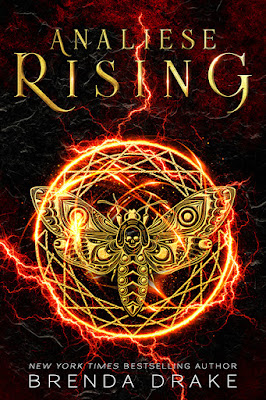 In my novel, Analiese Rising, gods and goddesses live among mortals. Their power stripped from them, they are immortal and live long lives. Today, I wanted to share with you the scene where Analiese meets Lugh, a Celtic sun god of many skills. He’s a trickster god and can change his appearance. One of the tales about him reveals that he sometimes appears as an old man to fool people into believing he’s weak. This scene is after Analiese wakes to him in his room. He had changed into an old man so he wouldn’t scare her. This is after he changed back to his normal self and talks about a lost love.

Watching him grow young is just as fascinating as it was when he aged. His fingers slowly straighten, hair changes to auburn and more of it sprouts on his head, filling in the baldness, wrinkles smooth out. His back straightens. He grows taller and fills out his clothes.

“Much better,” he says and slurps coffee from his cup. “Me name is Lugh, as I said. I knew your mother well. She was a great woman. Beautiful. Just like her daughter.” He removes a photograph from his pocket and passes it to me. “That’s at her wedding to your father. She made me best man. I knew your uncle, too. Most of your family were dear friends to me. Great people, none better. Your grandmother was a firebrand.”

The picture is of my birth parents in a garden. They must’ve had a non-religious ceremony because my parents were raised in different faiths. My mother’s dress is pale yellow and conservative, something you might wear to a tea party. He wears a blue suit, and his matching tie is messy. To their right is a woman with tight curls, then Lugh.

The digital screen of the alarm clock on the nightstand shows it’s almost nine in the morning. I have no idea what time Marek left the room or when he will return. Since my biological parents died when I was a baby, I only know what Dad told me about them. He left out the part that they were friends with gods and goddesses.

“How did you meet my parents?” I ask.

He leans forward in the chair, his knees almost pushing up to his chest. “At university. Just as I did your grandfather. Since I never age, I enjoy attending colleges and making friends. I’ve been sticking to your family ever since I met Angelique in the Italian countryside.” He scratches the back of his neck. “Let me see. That had to be somewheres near 1820.”

I stare blankly at him. I’ve never heard of the woman before.

Noticing my reaction or lack of it, he clarifies, “She be a relative of yours. One of your grandmothers with all the greats in front of it.”

“I see.” Never heard of her, but it looks like he has more to say, so I don’t ask any questions about my quadruple, or something, great grandmother.

“It’s a lonely life being a god without power. Immortal. Never to age. It raises eyebrows if you stay in a place too long.”

“I guess that would suck.” I actually feel bad for him.

“Especially when you fall in love with a mortal.” He glances at nothing, from what I can tell. “It can’t last long. She ages while you stay young. There be about ten good years, before the questions. It starts with comments about how well you age. That’s when I know it’s time to go. To save me loves from searching for answers, I fake me death. It helps them move on, so it does.”

There’s sadness in his voice that weighs on his words. I know that misery well. I’ve never met my birth parents, but I long for all the what-could-have-been moments—school plays, holidays, and family vacations. Instead, I had those times with my uncle’s family. I’m not complaining, though. I was lucky to get a fantastic dad and a brother who only annoys me part of the time. Jane and I tolerate each other at best. Without her, I wouldn’t have a roof over my head, and all that stuff parents provide.

And that is why, while I’m looking at my mother’s smiling face, that feeling of what-if comes rushing back. 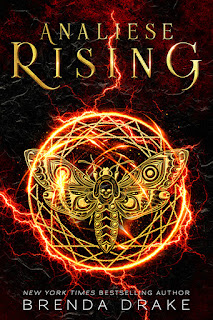 "A fast-paced adventure brimming with romance, mythology, and dangerous secrets. I was hooked!" –Elly Blake, New York Times and international bestselling author of the Frostblood Saga
When a stranger gives Analiese Jordan a list of names before he dies, the last thing she expects to see is her own on it. Not. Cool. Her search for answers leads to the man’s grandson, Marek, who has dangerous secrets of his own. Both are determined to unlock the mystery of the list.
But the truth is deadly. Analiese is a descendant of the God of Death, known as a Riser, with the power to raise the dead and control them. Finding out she has hidden powers? Cool. Finding out she turns corpses into killers? No, thank you.


Now the trail plants her and Marek in the middle of a war between gods who apparently want to raise an army of the Risen, and Analiese must figure out how to save the world—from herself.