It's All Geek to Me 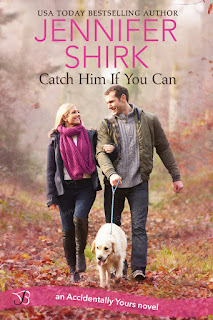 In my latest release, Catch Him if You Can, my hero—Wade— is a bit of a geek.
Well…okay, he definitely IS a geek. But a hot geek!

Can there be such a thing?

Well, I'm going to say YES, considering I've been doing quite a bit of research on the matter. Wade probably has a few nerd tendencies as well, but just so you know, there is a definite difference between GEEK and NERD. A geek has more social skills than a nerd, and a geek is somebody who is generally very knowledgeable — even to the point of obsession— about a particular topic.

I'm pretty proud of Wade. He's actually my first geek hero I ever wrote. But I didn't have to do too much research in that area. I admit that I'm sort of a geek, too. Pharmacy major in college. Student council and marching band in high school, etc.. In fact, one time, my husband bought a packet of assorted stickers that he was going to use to decorate our tandem bike. (Yes, my husband felt the bike was too sterile and needed some character.) Anyway, as he was going through the pack, he held one up that looked like a leaf and grinned.

"Don't want to put this one on there," he said.

So I looked at the picture and said, "Why? Is it cannabis?"

I smiled. "Marijuana is cannabis," I told him proudly.

He glared at me at that point. "You geek," he said. "Who the heck says cannabis?"

Now, let's take my hero, Wade Roberts, as an example. He's a veterinarian. Smart. Very knowledgeable about animals. He also has a HUGE obsession with the BBC TV show Dr. Who and is a fan of Star Trek. Did I mention he wears glasses and was president of the Chess Club in high school?

Yeah, he's a super geek. So, what makes a man like this hot?

Well, Wade knows how to kiss. (Just ask my heroine, Arden.) Plus, he's funny. I find a sense of humor very sexy. Plus, he wears a leather jacket like second skin and has soft, kind brown eyes. Oh, and people in the town of Cape Harmony say he resembles Chris Pine.
Need I go on?

I don't know about you, but I kind of like a geeky guy. There is something about a smart, handsome man with glasses and a sense of humor with just a tad of awkwardness thrown in for good measure.

If you're not into geeky heroes, I hope you all get to check out Wade for yourself in Catch Him if You Can so I can change your mind!

Do you like geeky heroes? If not, what's your favorite kind of hero? 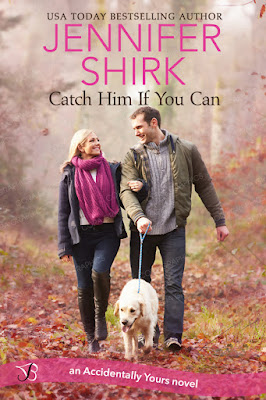 Veterinarian Wade Roberts is done with love. But try convincing the elderly folk of Cape Harmony who are determined to play matchmaker. Now the young single women in town are bombarding him with baked goods and love notes, and being “taken” is the only way to stop the meddling grannies—which is why he needs a fake fiancée. Fast.

Arden Pearson loves planning weddings. Other people's weddings, that is. After her own engagement ended in disaster, she prefers to live vicariously through her work. But when she needs to persuade a big client that she’s capable of planning the celebrity wedding of the year, she’s willing to go as far as pretending to be engaged herself to her best friend’s older brother.

Soon their ruse has everyone in town believing they make the perfect couple—including Arden. She’s always been nothing more than a kid sister to Wade, and it might take a village to convince him otherwise...

About Jennifer Shirk:
Jennifer Shirk is a USA Today bestselling and award-winning author of sweet (and sometimes even funny) romances for Montlake Romance and Entangled Publishing. Her novel, FIANCE BY FATE—a 2015 Readers' Crown Finalist—became an Amazon #1 best seller for Series Romance. And recently, Wrong Brother, Right Match, WON the Sweet Traditional category of the 2017 Golden Quill Contest and became a #1 Amazon bestseller for Holiday Romance.

She resides in a beach resort in NJ, so when she's not writing or working on her tan, she's taking care of her most treasured possessions: her husband, daughter and puppy (Sox).

Check out her website for News and Links: www.jennifershirk.com

And don't forget to join her mailing list for a chance to win monthly giveaways and free ARCs: eepurl.com/Q6TH1