The summer I turned eleven I learned the meaning of the word unrequited, and boy did it hurt. Back in those days, my parents owned a small mountain inn in North Carolina, and there was a sixteen-year-old waitress that summer named Becky who showed me that a childhood crush may be cute and charming to some, but terribly painful to the one doing the crushing. After all, they don’t call it a crush for nothing. Despite the fact my affections were not reciprocated, I think that early heartbreak was the catalyst that sparked my desire to write romantic movies and books. Maybe I just wanted to be able to control the ending. 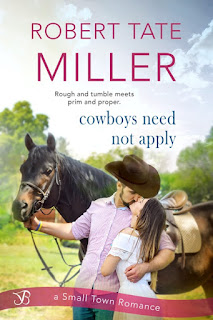 Perhaps, my painful puppy love for Becky the waitress is why I now identify with stories of unlikely romance. In my opinion, some of the greatest love stories of all time involve relationships that look darn near unworkable on the surface. There’s poor Jack and wealthy Rose in Titanic, aimless Lloyd and driven Diane in Say Anything and, of course, steely businessman Edward and fun-loving prostitute Vivian in Pretty Woman. I love love stories, but I especially love stories where the ones doing the loving come from opposite worlds, where the obstacles to their happy endings seem nearly insurmountable.

My new novel Cowboys Need Not Apply continues this proud romantic tradition. Jessica Carmichael and Matt Walker seem (at first) to go together like anchovies and ice cream. Gross. I know. No dating site algorithm on the planet would pair a wealthy Juilliard-trained ballerina from Manhattan’s upper eastside and an orphaned wild and untamed bronc rider from the Montana backcountry. As a matter of fact, it takes a twist of fate to bring Jessica and Matt together. But, then again, when it comes to true love, maybe fate knows best.

When untimely knee injuries threaten to derail both of their legendary careers, ballerina Jessica and cowboy Matt end up paired as physical therapy partners in a famous New York physiotherapy clinic. They do not share a Tony and Maria across-a-crowded-room-love-at-first- sight moment. Far from it. Jessica wants to get away from the loud, cocky and bad-joke-telling cowboy as fast as humanly possible. But, when the trainers tell her she can’t switch partners, she determines that – if she can’t get away from this rodeo yahoo – she’s going to beat him. Their daily training turns into a competition where every exercise becomes a bet, a chance for each to show the other who does it best: the ballerina or the cowboy. 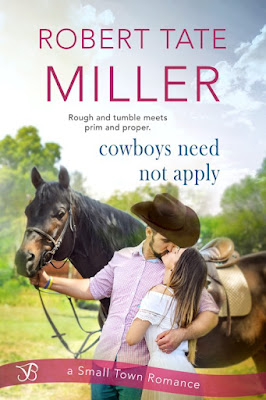 
No, prima donna ballerina Jessica Carmichael isn’t interested in the rough-and-tumble rodeo cowboy she met in physical therapy. In fact, she’s actively uninterested in his cocky smile, and his go-with-the-flow attitude, and how his silly little bets make her work harder than ever to fix her knee. She’d like nothing more than to strangle him, if she wasn’t so busy thinking about kissing him.
Matt Walker's best hope of getting back in the saddle is charming Jessica into teaching him ballet. He needs to get back on the bronc…even if he has to get there in tights. Only the uptight ballerina lives in a completely different world, one he wouldn't touch with a ten-foot mechanical bull. But maybe the one thing she needs more than control is to lose control for once—with him.

Jessica immediately recognized the song echoing down
the clinic hallway. It was a well-worn cautionary tale about
mammas and babies and cowboys. Not her musical cup of
tea.

It grew louder and shriller, and Jessica could tell that
the unwelcome singer was getting closer and closer. She
was torn between curiosity and a strong desire to close her
door before it was too late. She wondered if maybe someone
was having an episode, perhaps the off-key singer was on
something or was simply having a breakdown. Then—she
saw him. He trolled by her open door in a wheelchair. He
was wearing his center-issued teal hospital gown, juxtaposed
with a cowboy hat and bolo tie. He seemed a weird
contradiction, and, as he passed her door, he glanced over
and caught Jessica’s eye. She gave him her most discouraging
glower, but, despite her best efforts, the singing came to an
abrupt halt and she heard the bone chilling words, “Whoa
now. Back it up.”

Jessica sighed. She knew what was coming: unwelcome
conversation. A moment later, Matt backed his wheelchair
into her doorway and spun to face her. He gave her his most
winsome grin. “Hey there, little lady. What you in for?”

She carefully calculated her response, debating whether
she might be better served to just close her door, then she
saw that he’d edged into the doorway as if he figured she
might be considering such an option.

“Hey there, little lady?” Jessica said. “I didn’t realize
this was Dodge City. I thought we were still in Manhattan.”

Matt chuckled. “So, what’s dinged up? Or are you just
here for the food?”

“That’s it,” Jessica said. He wouldn’t be half bad, she
thought, if only he were mute.