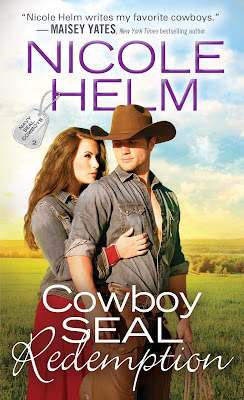 Three former Navy SEALs
Injured in the line of duty
Desperate for a new beginning…
Searching for a place to call their own.

Jack Armstrong’s been slowly piecing his life back together after a career-ending injury bounced him from the SEALs. The only trouble is, his family’s on their way to his new haven in Montana...and Jack refuses to let them know he’s still hurting. Desperate, he makes a deal with local bad girl Rose Rogers: in exchange for some extra security, she’ll play the perfect loving girlfriend.

Rose doesn’t trust any man, much less some tough-as-nails former SEAL. But the more they settle into their ruse, the more things start to feel real, and the more Rose’s true fear surfaces—that she’ll never be good enough for love. But Jack isn’t about to lose Rose. He’s done running when things get tough, and he’s determined to prove—once and for all—that even the most troubled hearts can find their way to redemption.

No man had ever held her close like this. Like you just held a person because you woke up together. And okay, maybe she’d never really spent the night with a guy. The few times she’d allowed herself to be charmed into sex, she’d always vamoosed either once the act was done or once the guy dozed off.
She didn’t stay. She didn’t do it again. And she did not, God forbid, cuddle. Someone holding her was supposed to be stifling. It was supposed to feel awkward. She was supposed to want to make fun of an act as soft and pointless as this.
Mostly she wanted to cry again and stay here forever. What was this man doing to her? And why him? Was it the scars—internal and external? The sob story? Or just those eyes? 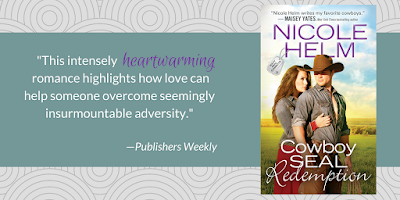 “Do you have nightmares?” he asked out of nowhere.
She shifted in his arms. “Why would I have nightmares?”
He kissed her bare shoulder. “PTSD.”
“Hate to break it to you, sailor, but I never went to war.”
“You survived your own hell,” he said so matter-of-factly, she couldn’t even think up a response. “War isn’t the only thing that stamps itself on you, and death isn’t either. You know, when I was in the rehabilitation center, someone told me foster kids suffer from PTSD at a higher rate than military veterans.”
“What asshole said that to you while you were in a rehabilitation center?”
He shrugged. “Mike.”
“I’d like to wring that little fucker’s neck.”
Jack’s mouth curved into a smile. “I’d rather you didn’t. My mother likes you, but she wouldn’t approve of that.”
“Your sister likes me too.” Which she shouldn’t have said or even thought. What did it matter what his family thought? It was a fake like, for a fake her…but she liked them in return.
Except Dick Bag Mike.
“My sister worships you and might not care if you wring Mike’s neck.”
She laughed. Oh, damn him for having half a charming family. Vivian was adorable, and his parents were…
Well, she didn’t want to think about how lovely they were.
“You had your own trauma, Rose. I just wondered if it still bothered you. Nightmares. Panic attacks. I’ve done it all, so…”
Trauma. As though she were a victim. She had been, in a sense, but not like her sisters. They’d all looked after each other. They had put each other first at great risk to themselves. Only Rose had ever taken their father’s teachings to heart.
Always look out for number one.
“Just tell me the truth,” he said, and it was all gentle and impossible to fight him off.
The truth. She didn’t want to acknowledge the truth, but lying to Jack seemed so impossible. “S-sometimes. I’ve had nightmares. Rarely, but sometimes.”
“Mine have gotten fewer ever since I started talking. I told my sister I loved her last night.” He paused, rubbing his lightly stubbled chin against her temple. “I don’t think I’ve ever done that. And it was something. Telling Madison how much she hurt me changed something. I’ve still got scars, Geiger is still dead, Madison is still married to my brother, but…”
“But what?”
“See, that’s the thing. There didn’t used to be a but. It was a list of horrible, dark things, and it ended there. Everything was awful. Now? I still feel beat down by those things, by those hurts and scars, but…there’s a but. There’s more.”
She wanted to cry. For him. Because of him. She knew what it was like to have a but. Her sisters had always been that. It was so strange to realize that, over the past year as her sisters had been building their lives, she’d lost that but for herself.
She had her bar, her power, and her freedom. It should have been enough, but the list of bleak was holding her down, and she didn’t know how to be as brave as Jack and believe in a but.
“I’m not your happy ending, Jack,” she rasped.
“I don’t believe in happy endings anymore, Rose. Maybe I never did. I do know we don’t get what we deserve, and hard work doesn’t always pay off. That doesn’t change the beauty and hope of having a but.” He smiled then, so open and perfect and beautiful. “I care about you, Rose.” A gesture she didn’t deserve.
“I wish you wouldn’t,” she whispered.
“I know.” He sighed and brushed his lips across hers, light and quick. “I have to go do my chores before the family wakes up. Why don’t you come with me?”
“Come with?”
“Yeah, you can watch me do manly chores, we can eat breakfast with my family, and then you can head home and get some rest before you have to open the bar.”
She should refuse, stop diving deeper into this thing that was going to end so very badly if she let him get more attached.
If you let yourself get more attached.
“Say yes,” he murmured against her neck, nuzzling there.