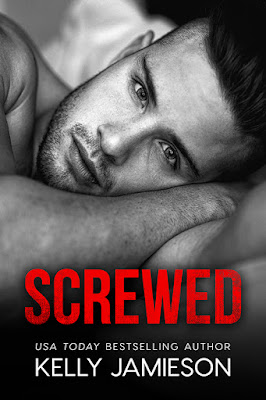 My latest release, Screwed, opens with Callie’s friends throwing her a divorce party. I’ve heard of these, though I’ve never actually been to one. It sounded like a fun way to mark a milestone in life, something Callie’s twenty-something friends would do for her.

Now, though, I’ve been through my own marriage ending, and I understand why Callie had misgivings about the party. Callie feels like a failure because her marriage ended, even though it ended because her husband cheated on her, which is certainly not her fault. I definitely understand that feeling. I get why Callie wasn’t sure a divorce is something to celebrate.

But…I also understand why Callie’s friends would want to do that for her, to throw her a party that marks the end of one part of her life and allows her to put it behind her and move forward. It’s a chance for her friends to show her that she’s still surrounded by love, that there are still people who care about her and support her.

Cash, the hero in Screwed, is one of those friends who’s still there to support Callie…even though Callie’s ex-husband is his best friend and business partner. Cash is a man who tries hard to live his life with honor and loyalty—unlike the father who ditched him, his mother and his sister years ago. That loyalty has been sorely tested since his best friend Beau started dating Callie in college, because Cash fell hard for Callie too. He never let himself go there, and kept that shameful secret to himself. Since the divorce, his loyalties are tested even more…Callie’s a friend he cares about who’s been wronged, but her ex is his friend, his partner, and the man who hurt her. Even though they’re divorced, Callie’s still way off limits…except now she wants him…and he’s so screwed…

Here’s a sneak peek at Screwed!

Cash tried to collect his wildly confused thoughts. That familiar feeling of self-loathing roared through him, tightening his quivering muscles and tensing his jaw. How could he feel so good and yet so f**king awful at the same time?
“Wow,” Callie whispered. “That was intense.”
That was f**king nuclear. Also, he might have pulled a hamstring. Jesus Christ.
She petted his hair and the back of his neck, her face resting on his shoulder. His hands still held her sweet little ass and, goddammit, he never wanted to let go. He fought to get air into his straining lungs.
“Those endorphins are really something.”
One corner of his mouth lifted in a reluctant smile. “Yeah.” That was what this was—hormones. That was it. He gave her ass a squeeze, then pulled his hands out, easing her butt to the counter. He drew back and looked at her.
She lifted her head and met his eyes. “Oh no.”
“What?”
“You look mad.”
“I’m not mad.” He swallowed a sigh.
“Yes, you are. Are you mad at me?” Her eyebrows pulled together.
He kissed her forehead. “No. I’m mad at myself. I shouldn’t have done that.” That was putting it mildly. What kind of motherf**king shit for brains was he, sleeping with his best friend’s ex-wife?
Jesus. There weren’t enough curse words in the world to express his feelings of anger and disgust at himself.
“We,” she corrected, lifting her pointy chin. “We did it. It’s not like you attacked me. I was the one who was, er, begging for it.” Her cheeks went scarlet despite her bold words. Clearly, this was not something Callie did often.
“Okay. I’ll give you that. It takes two to tangle, as they say.”
She smiled.
“But you were under the influence of hormones, and I should have been the one who was strong enough to say no.” F**k. He’d been strong for so long. He almost couldn’t believe he’d finally given in to it. To her.
“I think there might have been some hormones affecting you, too.” She stroked a hand over his chest.
He stepped farther away and out of reach, every muscle in his body rigid. He hauled up his jeans and tucked himself back in, then tugged up the zipper.
Her eyes clouded, then her eyelashes lowered as she reached for the tank top on the counter. She pulled it over her head, ignoring the bra, which was cruel because even with those perfect breasts covered, they were still tempting, her sharp little nipples poking through the thin cotton.
Cash bent and picked up her shorts and handed them to her. She went to hop off the counter, but he clasped her waist and lifted her easily down.
“Thanks,” she murmured, separating a tiny pink thong from the shorts and stepping into it.
The sight of that scrap of pink silk lit his blood on fire. “I’m sorry, Callie.”
Her eyes flashed. “Oh my God, don’t apologize. That’s the worst thing you can ever say to a woman after sex.”
“It is?”
“Well, there might be some worse things. Like, ‘we have to hurry, my girlfriend’s on her way over.’ Or, ‘that was better than a root canal.’”
He rolled his bottom lip in against a laugh. 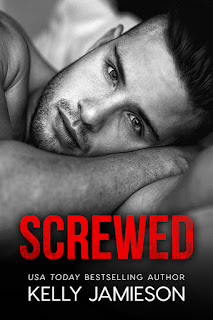 Cash Hale has been in love with his best friend’s wife forever. Now Callie and Beau are divorced, but she’s still way off-limits. Dating her would betray his friendship with Beau. And Cash is nothing if not loyal.
Callie Sutherland is starting over. The end of her marriage was just one more way she failed to live up to her wealthy family’s expectations, so from now on she’s not even going to try. It’s time to live her life the way she wants. And she wants Cash.
Cash and Beau aren’t just friends, they’re business partners, and the drop in the price of oil has hurt their business. They need to win the bid for Sutherland Industries’ next big project—but it may get messy since Callie’s family owns the business. Not only would Cash risk his friendship with Beau to be with her, he’d be risking the company they worked so hard to create.
But this new Callie isn’t taking no for an answer.
He’s so screwed...

About the Author
Kelly Jamieson is a USA Today best-selling author of over fifty romance novels and novellas.  Her writing has been described as “emotionally complex”, “sweet and satisfying” and “blisteringly sexy”. She likes her coffee black, her wine white (mostly!) and her heels high! She also enjoys cheering on her Winnipeg Jets during hockey season.