Congratulations to "Dee", the winner in Katee's giveaway. Thank you to all who participated!

One of my favorite non-guilty pleasures (much like Tom Hiddleston, I don’t feel guilty about pleasures) is modern royalty-type stories. I can’t get enough of them. The insane high drama, the money that creates a world that might as well be on another planet, the almost archaic way the family unit functions. They’re my favorite. 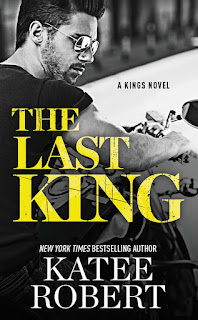 It’s probably no surprise, then, that I took a swing at that kind of family and world in my newest series, The Kings. The King family is Texan oil “royalty” in Houston, and they have all the backstabbing, power struggles, territory wars, and sexy good times you could ever want in a modern royalty story.

Because I love these types of stories so much, I put together a short list of my favorite bingeworthy modern royalty shows. In no particular order:

Revenge. This series centers around a woman who’s infiltrating high society in the Hamptons to get revenge for wrongs done to her father. There’s romance and danger and manipulations and GOOD LORD, THE DRAMA. Just thinking about it now is enough to make me want to go rewatch it again.

Big Little Lies. While these women are presented as normal-ish, the world they move in might as well be a royal one for how connected it is with most people’s reality. I was riveted throughout the entire season, the dread piling up until that final episode where I swear I was yelling at my television in triumph. Excellent storytelling, excellent characters, just flat out excellent.

Gossip Girl. Chuck and Blaire are my happy place! This show was just insane. Flat out crazypants. And I couldn’t get enough. We just won’t speak of that final reveal about who Gossip Girl is, because I’m still in denial about it.

Royals. Speaking of flat out crazypants, the Royals fits the bill! There’s drama and murder and drugs and shenanigans and… The list goes on and on. Every time I think they can’t possibly raise the stakes from here, they go and prove me wrong, and I’m always delighted by the result. P.S. Len and Jasper FOREVER.

Empire. My relationship with this show is a little weird, because I’ve rewatched the first season like three times and haven’t moved on yet. Cookie is one of my favorite characters pretty much ever, and I just want to hug all those boys and slap Lucious upside the back of his head about a hundred times. I love the complicated family dynamics and how the three sons are each trying to win their father’s approval in different ways—and how they’re pretty much destined to fail because he’s the absolute worst. But it strikes a chord that really resonates and the music is A+++. So, so good!

So there you have it! What about you? Do you like modern royalty type shows?

Giveaway:
Katee will be giving away a digital copy of THE LAST KING to one lucky person leaving a comment or email entry. 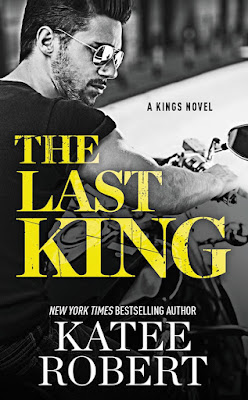 THE MAN SHE HATES TO LOVE

Beckett King just inherited his father's fortune, his company-and all his enemies. If he's going to stay on top, he needs someone he can trust beside him. And though they've been rivals for years, there's no one he trusts more than Samara Mallick.

The rebel. That's how Samara has always thought of Beckett. And he's absolutely living up to his unpredictable ways when he strides into her office and asks for help. She can't help wondering if it's a legit request or just a ploy to get her into bed. Not that she'd mind either one. After all, she likes to live on the edge too.

But soon the threats to the King empire are mounting, and the two find family secrets darker than they ever imagined and dangerous enough to get them both killed.

Praise for The Last King:

“Top Pick! Beckett and Samara are a fantastic, modern couple. They clash in the boardroom and the bedroom, are total equals, and their bring-it-on spirit makes every interaction lively and exciting — whether clothes are on or off. ... The heart of this romance is the development of trust between Beckett and Samara, and Robert expertly unfolds it, revealing the emotional connection on both sides under the flash and fire of their irresistible chemistry. 4 1/2 stars.”—RT Book Reviews

Giveaway ends 11:59pm EST April 5th. Please supply your email in the post. You may use spaces or full text for security. (ex. jsmith at gmail dot com) If you do not wish to supply your email, or have trouble posting, please email maureen@JustContemporaryRomance.com with a subject title of JCR GIVEAWAY to be entered in the current giveaway.