I love All Things Nerdy 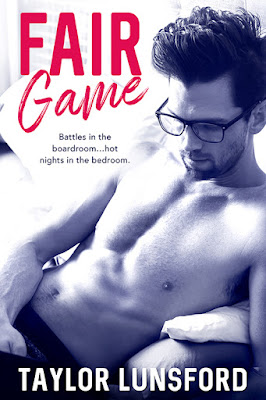 As evidenced by the deliciously sexy nerd on my book cover, I love all things nerdy. I'm fluent or at least conversational in just about every nerdom, but these are my top 5.

Marvel Cinematic Universe I will own that I was not a comic book reader (sorry, Little House and Anne of Green Gables held my attention more), but I've become enthralled with the Marvel Cinematic Universe Kevin Fiege and his team have created over the last ten years. Have I loved all of them? No (*coughironman2and3cough**coughdrstrangeandthor2andantmancough*). But the layers of complexity and interwoven relationships between all the different entities is a seriously massive undertaking that they've handled so well. Plus, Peggy Carter is my hero. Seriously. A little of my heroine, Vivien, is based off her in the first season of the TV series (that sooo shouldn't have been cancelled). Also, I'm now adore Shuri from Black Panther and am anticipating Captain Marvel being fantastic.

Doctor Who I was later to the game than some but still earlier than most, but I love the Doctor so much. The creativity and the storytelling, particularly in the David Tennant/Russell T. Davies years, were incredible. Not gonna lie, Steven Moffatt ran out of steam for me about 3 seasons ago. I still watch because I'm compulsive about finishing stuff, but like with Sherlock, I think he became too wrapped up in his own cleverness. HOWEVER, oh my holy word am I excited about the female doctor and the new head writer. I cannot wait!

Star Wars I still remember the day my parents introduced me and my little brother to Star Wars. I was seven or eight, and we watched A New Hope and Empire Strikes Back all in the same night, but evil parents that they were, they decided it was too late to watch Return of the Jedi that night. And my dad being my dad, he teased me that I might not be old enough to watch Return of the Jedi. I didn't realize it then, but Princess Leia and later Rey and Jyn Erso, would become integral heroines in my nerd-universe. Strong, smart women who soldier on and get the job done in spite of the world falling apart around them. I have a whole diatribe I could go on about Leia and how badass she is. Is it any surprise that Vivien walks into her dad's company ready to get the job done?

Harry Potter
I didn’t want to love Harry Potter when it first came out—because Dad and little brother were reading it and kept telling me I was Hermione (they mispronounced her name). But I was sucked in and haven’t escaped since. And, let’s be real, I am Hermione. Bushy hair, books coming out of my ears, and more random knowledge than I know what to do with (although I would have strangled Ron rather than marrying him but that’s a separate convo). But most of all, I love Harry Potter because it’s a story of having hope when you think the situation is hopeless.

Superman: Superman was probably my first nerdom. My dad was a journalist (we’re talking word-class, kickass, old school journalist) and so, of course, Superman was a favorite in our household. I remember watching The New Adventures of Lois and Clark when I was really little, and then we watched Smallville together when I was a bit older. Superman’s powers are pretty cool and all, but as evidenced by the fact that I name-check him in the first page of my book, Clark Kent had my heart. He was a nice, honest guy who tried to do the right thing and help people. Liam was inspired by the yummy, yummy Henry Cavill as Clark Kent.

Taylor is giving away an eBook of Fair Game and a Doctor Who TADRIS keychain to one person leaving a comment or email entry! 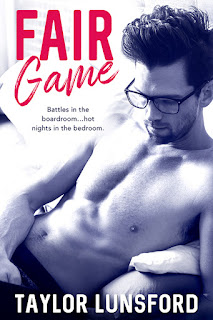 
In her designer shoes and power suits, Vivien Monroe couldn’t be more out of place in the video game company she inherited from her eccentric father. Not only does she have to sort out her father’s last request and deal with a younger sister she barely knows, she has to go toe-to-toe with her father’s protégé—a man who makes her think about the last thing she should be thinking about right now.
With his thick-framed glasses and graphic tees, Liam Hale is the exact opposite of what she needs right now. His relaxed, out-of-the-box attitude reminds her too much of her father’s more exasperating quirks, but his dedication and quiet stubbornness begin to drive her crazy in a completely different way.
All Vivien wants is to get back to her life in New York, but someone is stealing the company’s best game ideas, and an FBI agent is sniffing around. She’ll save her father’s legacy for her sister and then she’s out of there—if she can leave Liam behind.