Readers often ask authors where they find inspiration for their stories. The truth is, when you are a writer, inspiration is everywhere. Stories in newspapers or magazines, overheard conversations, anecdotes from friends and family, a catchy song—ideas come in all shapes and sizes. The goal of a writer is to weed through these ideas to find the basis for a story, a character or a series.

My new series puts a humorous spin on the concept of finding Mr. Right. The first book in the series, Falling for Mr. Wrong, features Harper Landry, who hopes her “professional” dating days are over…except her blind date seems a little too good to be true, especially when Noah Gunderson, her “one that got away,” comes back to town.

In Falling for Mr. Maybe, the second book in the series which releases tomorrow, Georgie is a jilted bride who’s escaped to the quietude of the ocean. Spencer is happiest surfing because he can leave duty and responsibility behind. Both are running away...until they end up running headlong into each other when Georgie ruins Spencer’s favorite surfboard.

Falling for Mr. No Way in Hell, coming in March, features Lacy Caldwell and Cameron Sanders who clash over a kitschy roadside beach bar where Lacy dresses up as a mermaid. Talk about first impressions!

Taking a dating disaster and turning it into a happy ever after has been so much fun. Here’s a short excerpt from Falling for Mr. Maybe, but first, I’d like to hear your dating disaster stories. Did any of these awkward meet-ups turn into romance? Comment below for a chance to win an ebook copy of my new release.

Hmmm… The thought of that guy sleeping in a bed stirred things up down there—a bit surprising considering Dan pulled a runner right before their wedding. Ever since, she’d started to think she was downright dead below the waist. That’s why this hint of a resurfacing libido was potentially encouraging. One could argue, how could it not be? Because dang, that surfer was pretty hot. She closed her eyes and thought about his tanned chest, the taut abdomen, and that strip of sandy-blond hair that started at his navel and disappeared into the damned wet suit at such an inopportune location. If only that Lycra or neoprene or whatever those things were made from had been a little lower… No doubt he had on some board shorts or something beneath it, though, so she wasn’t going to get a peek at anything more, regardless.

She wondered: did he sleep in the altogether? After all, it had been awfully hot lately, so he probably did sleep naked. All. Night. Long. Sprawled across a queen-sized mattress—or was it a king?—the sheets barely draped across his hips so she could visualize those cut abs right where she’d slip her hand beneath the crisp, white bedding. The bedding that would tent as soon as she placed her hand on his torso.

Oh. God. She had to stop contemplating the surfer dude in the buff. First off, she was never going to see him again. Second, even if she did—to give him the quilt she decided she would make just in case—she certainly wasn’t going to see him naked. With a little luck, maybe he’d at least be stripped down in the wet suit. She could always hope. 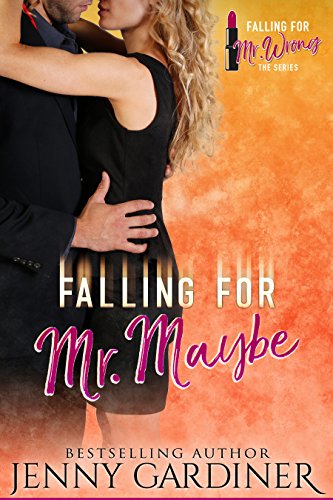 If it swells, ride it…

Georgie Childress moved to Verity Beach to lick her wounds after her controlling fiancé pulled a runner mere weeks before the wedding. Jobless and desperate to flee his turf, she sought solace in the quietude of the ocean, happily escaping into her own thoughts while surrounded by diving dolphins and cacophonous seagulls. Only when she accidentally runs over some random—and super sexy—surfer dude’s surfboard does she start to wonder if she needs to bring her head out of the clouds and start paying attention to life again.


Spencer Willoughby long ago fled his rigid upbringing, shunning the familial expectations of an Ivy League education and Wall Street career in favor of the sun, sand and surf along North Carolina’s Outer Banks. Give him a surfboard and he’s a happy man. That is until some nutty lady with a penchant for fender-benders backs into his beloved hand-crafted wooden surfboard, snapping it in half. It’s enough to make a man crazy—crazier still because the kooky blond is making his blood run hot.


Just when he finally gets the woman out of his head, Spencer is unwittingly paired off with her at a wedding as a favor to a friend, forcing him to make nice with his board-murdering nemesis who he might just want to ride off into the sunset.


Writing has always been my sole marketable skill, thanks to those D’s on my report card for math and handwriting in second grade (seriously, what teacher is that coldhearted that she’d do that to a 7-year old?). Early on I learned I could boost my flagging math grades by writing extra-credit reports (shame that handwriting never improved). I figured if I couldn’t compute, at least I could BS my way into a better grade. Who knew that was just the foreshadowing of my fiction-writing career?


In college I wrote and edited for my college newspaper, worked in radio, and was even a TV news reporter (don’t ask, though one of these days I’m going to have to digitize my audition tapes and upload them so everyone can get a good laugh at my expense). I earned a degree in broadcast journalism from Penn State, but quickly abandoned the TV career because what loomed before me were too many late nights covering sewer commission meetings, and sewage bores me too much. Instead I became a publicist for a US Senator, working crazy hours for peanuts but learning more about the “real world” than perhaps I wanted to. It was quite an education, and yet another place I honed my fiction-writing skills… Eventually I became a “glamorous” Washington photographer, shooting an eclectic range of events and people (including Prince Charles!). I knew I had arrived when I shot a World Welter Weight Boxing Championship and got spattered with the fighters’ blood and saliva from my vantage point along the apron.

But marriage and motherhood beckoned, and those professional “glory days” gave way to the raising of three children. The only writing I did for many years were grocery lists and my famously snarky holiday newsletter. I re-launched my writing career with the onset of a terrible drought in my state a few years ago. It dawned on me that with water rationing in place, no one would dare have a holiday party. After all, who could host a hundred houseguests for four hours of festive drinking yet ban them from using the bathroom? All that flushing would alert the water police! And so I wrote about it. Lucky for me, an editor immediately bought the story, which deluded me into believing that publishing was a piece of cake. Well, that piece of cake quickly grew stale, as I tried to sell more witty essays, with mixed success.

I did eventually sell more of my writing, and my generous mother bought me a laptop, which enabled me to write while at soccer practice, which opened up a whole new world of opportunities for a mom on the run. I continued writing, and reading, and as I read other peoples’ books I kept saying to myself, “I can write this well!” And thus began my fiction phase. As a journalist by training, I never dreamed I’d actually make up things for publication. I guess there are those journalists who do that, but they’re not exactly supposed to. But I learned quickly that fabricating information was pretty liberating—not being constrained by such nuisances as facts made it that much easier for me.

Over the years the books I’ve published have run the gamut from women’s fiction to chick lit to romantic comedy to memoir and soon I’ll be throwing some mysteries into the mix. I think you’ll find something for everyone in the pages I’ve written, so please do pull up a chair and make yourself at home!