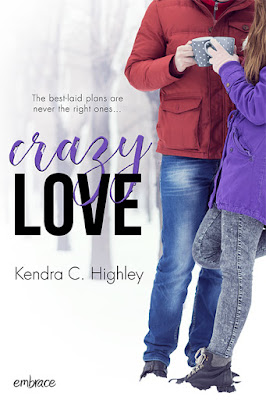 Semi-pro SBXer Luke Madison can’t afford any distractions. He’s chasing his dreams in Aspen, not realizing the dire consequences of his actions. Now, if Luke can’t pull off a miracle, his family could lose everything, and there’s no way he’ll let that happen.

No pressure or anything.
Charlotte Brown is determined to become a doctor—a neurologist to be precise, and she’s alwaysprecise. She doesn’t have time for anything except school, waitressing at a mountaintop café, and studying. Meeting the ridiculously sexy Luke Madison won’t change that plan, even if kissing him makes her pulse race.
Neither can afford to slip up. If Charlotte doesn’t pass the MCAT this time, that’s it. Her dream of saving people—people like her mother—is over. And when Luke risks everything one last time, losing is not an option.
Even if it means losing each other.

Luke reached out to touch Charlotte’s hand. “You know, I haven’t even asked you what your last name is.”

She gave him a sly smile. “Is that what a bunch of girls will tell me?”

“Probably.” He leaned across the bar, too, so that their faces were only six inches apart. “But maybe I want to turn over a new leaf.”

Charlotte let out a slow breath. He was so close, she could see flecks of golden brown in his gray-green hazel eyes. “Change is good for the soul, Luke Madison.”

“Is it, Charlotte Brown?”

Her whole body was focused on slipping closer to his, and her eyes couldn’t leave his mouth. “Yeah. I’m pretty sure, anyway.”

Luke braced himself on his forearms, leaning in. “So how do we start?”

His slow smile lit a bonfire in her brain. “Um, I have no idea.”

Luke lifted a hand to cup her cheek and brushed a strand of hair out of her face, then drew closer and covered her mouth softly with his own.