How Do You Take Your Coffee?

Congratulations to "Bn100" and "Breanna P.", the winners in Kadie's giveaway. Thank you to all who participated! 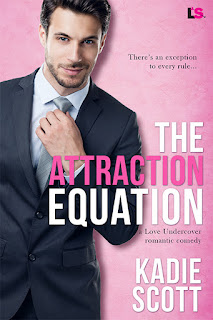 I can’t drink a lot of coffee because basically my coffee is dessert given the amount of sugar I put in it. That means I’m not a coffee aficionado. However, Max Carter, the hero in my new release, is a tad bit obsessed with coffee. Not only that, but he’s OCD, and therefore particular about his coffee.

So, I had to research my coffee, including how to make the best coffee you can. Here’s what I learned…

1. Pick the Right Bean for You

Store your coffee in a dark, cool location away from the oven. Don't pick a cabinet on an outside wall if it gets a lot of sun during the day.

Invest in an airtight ceramic, glass, or non-reactive metal container. If you buy coffee in large amounts, divide it between two containers, keeping the larger, unused portion airtight until it is needed.

Coffee beans, like everything else, can go stale or lose its freshness. Buy coffee in amounts that last approximately 2 weeks for optimal freshness.

Don’t buy already ground coffee. And don’t grind it all at once. According to Consumer Reports, the best coffee his freshly ground before brewing.

Finally, when brewing your coffee, make sure you (or the coffee maker) each 195 degree to 205 degrees Fahrenheit. The best temperature in that range differs by bean type.

Picky enough for you? Poor Max in The Attraction Equation must somehow manage to order his optimal cup of coffee from a (heaven forbid) an outdoor coffee cart while not coming off like a total diva. Good thing he can be charming when he wants!
Personally, I’ve never paid much attention to the details. I drink my coffee as a latte with...wait for it…a pump of caramel, a pump of vanilla, and a pump of white chocolate. (Yes. It’s basically coffee flavored sugar.)
How do you take your coffee?

To read about how Max deals with is persnickety coffee order, read The Attraction Equation now! This #HolidayRomance is a standalone book.
https://kadie-scott.com/books/love-undercover-series/the-attraction-equation/ 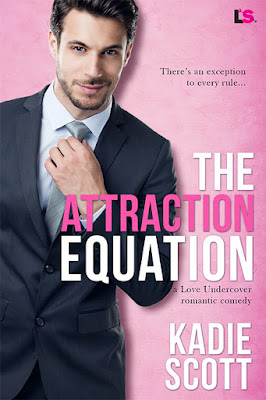 She’s the exception to his every rule…

AttractionEquation_500 FBI agent Max Carter lives his life by a strict set of rules—rules that don’t allow for distraction, deviation…or a relationship. But tell that to his matchmaking mama. To avoid yet another set-up, he announces he has a girlfriend. And now has to produce said girlfriend at Christmas dinner. Maybe Santa has a suitable actress in that red bag of his…
Gina Castillo is about to break her building’s iron-clad “no pets” policy to give her little brother the perfect Christmas gift—a dog. Too bad Max, the most inconveniently sexy tenant in the building, catches her red handed. Gina expects to be evicted, but instead finds herself blackmailed into playing the role of his girlfriend.

Two lies plus one dog should equal a hot mess of a holiday, but attraction and Christmas magic might just defy the rules…

About Kadie Scott:
Award-winning contemporary romance author, Kadie Scott, grew up consuming books and exploring the world through her writing. She attempted to find a practical career related to her favorite pastime by earning a degree in English Rhetoric (Technical Writing). However, she swiftly discovered that writing without imagination is not nearly as fun as writing with it.

No matter the genre, she loves to write witty, feisty heroines, sexy heroes who deserve them, and a cast of lovable characters to surround them (and maybe get their own stories). She currently resides in Austin, Texas, with her own personal hero, her husband, and their two children, who are growing up way too fast.