Obsessions. We all have them. Some are good and motivate us to do amazing things—like a reading obsession that inspires us to write our own books. Others are not so good—like my personal chocolate and Pepsi obsession. My waistline and scale really hate me for this one. Ha! But I am an unashamed food lover, and I always include food in my books, usually in the form of a date. Really, what a better way to connect than over a delicious meal?

In my newest book, CHASING XANDER, Xander has a secret obsession with a very specific meal: pepperoni pizza dipped in bleu cheese dressing and chocolate milk. Sounds kinda gross, huh? It’s not. I’ve had it, and it’s actually quite good. You should try it sometime.

Here are my top 5 food obsessions:

1.    Alfredo – Chicken, steak, shrimp…doesn’t matter what kind of meat. My absolute favorite is the steak gorgonzola alfredo from The Olive Garden.
2.    Steak – I like mine cooked medium with a loaded baked potato. If you haven’t tried a thick cut steak from Texas Roadhouse, you really need to!
3.    Calzones – Overstuffed with ricotta and mozzarella cheeses and sausage…Yum!
4.    Cheesecake – My top choice is always plain cheesecake topped with fresh strawberries, but I will never pass up a slice with chocolate or caramel, either.
5.    Veggies – I love fresh cauliflower, carrots, sugar snap peas, green beans, yellow squash… They’re even better when they’re fried up with butter and seasonings. Of course, they’re much unhealthier that way, too.

What are some of your food obsessions? Share in the comments! 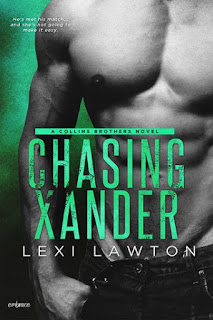 Excerpt:
Kylie took the plastic bag from Xander’s hand. “So, what did you bring?”
“Pizza and video games.” He set the pizza box on the desk. “Celeste said you like cheese and pepperoni, so that’s what I brought.”
“She’s full of helpful information, isn’t she?”
Xander sighed. Maybe he should have called or texted first, but he’d really wanted to surprise her. “You seem mad I just showed up. I’m sorry. I’ll go.”
“No. Stay.” She reached for him, her delicate hand clutching his biceps, sending his heart racing. “I’m sorry. It’s been a long day. That’s all. This is very sweet. Thank you.”
“Are you sure?”
She nodded. “What else did you bring?” She glanced at the other bag still in his hand.
“Chocolate milk, blue cheese dressing, paper plates, and napkins. And in that bag”—he pointed to the one she’d taken and set on the bed—“is a gaming console.”
“Right. Video games. Wait…chocolate milk and blue cheese? With pizza?” She scrunched up her face.
He laughed. “Don’t knock it until you’ve tried it.” He opened the package of plates, put a slice of pizza on one, and squirted some dressing on the side. Then he poured a glass of chocolate milk. Dipping the pizza into the blue cheese, he held it out to her.
“Ew, no.”
“C’mon, one bite. You’ll love it, trust me.”
She hesitated but then leaned closer, opening her mouth to take a bite. He narrowed his eyes as he watched her lips close around the slice and then pull back. Her eyes fluttered for a moment as she chewed, and her tongue darted out to lick the corner of her mouth. Christ, that was sexy. He swallowed hard and shifted to accommodate his growing erection.
Setting the pizza back on the plate, he reached for the cup of chocolate milk and handed it to her. She took a drink, meeting and holding his gaze over the rim of the cup. He’d never seen such green eyes. They were like polished emeralds. “Well?” he asked. 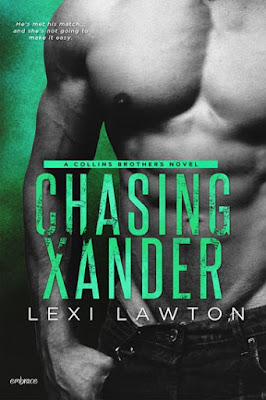 Kylie Quinn is positive nothing could be more embarrassing on her first day of college than having her unmentionables go sprawling across campus. She was wrong. Very wrong. Having a super-sexy co-ed twirl them around his finger like he's privy to all of Victoria's Secrets is so much worse.

Xander Collins has met his match with Kylie—she’s gorgeous, smart, sarcastic as
hell, and doesn’t give a damn that he’s loaded. She’s also a virgin. And he doesn’t do virgins. Been there, done that, and he’s still paying for it. But that doesn’t mean they can’t be friends, despite the fact her flirty moves leave him with balls a shade of blue he never knew existed.

Kylie is special, and she deserves more than his typical “one and done” routine. But as his life implodes and his not-so-brilliant plan to take things slow blows up in his face, he's at risk of losing everything—including Kylie. Now he must decide if everything he's been fighting so hard for is worth it without her by his side.

About The Author
Born and raised in Central New York, Lexi Lawton is an only child who found companionship in books. When she was old enough to put pen to paper, she began writing her own stories of love, suspense, and heartbreak. She hasn't stopped since. Represented by Dawn Dowdle of Blue Ridge Literary Agency, Lexi has her butt in the chair and her fingers on the keyboard, writing several new stories.Today, Lexi lives in Michigan with her husband, three kids, three pit bulls, and two cats. When she's not writing, she enjoys going to the gym, spending time with her family and friends, and obsessively listening to anything by Luke Bryan. To sign-up for her newsletter, sign-up here: http://eepurl.com/b96e5X

Bookbub: https://www.bookbub.com/authors/lexi-lawton
Posted by Maureen A. Miller at 12:30 AM