Congratulations to "Linda M.", the winner in Katee's giveaway! 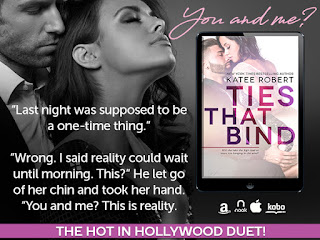 One of my favorite things to read is books with awesome lady friendships. I’m all about the romance, of course, but there’s just something downright delightful about a heroine who’s got a bestie (or two, or three) in her corner that makes my heart happy. That’s one of the reasons I was so excited to write the Hot in Hollywood duology—Cora and Brooklyn are the best!

To celebrate, I’m spotlighting five of my favorite fictional lady friendships (in no particular order):

-       Gwen and Blayne from Shelly Laurenston’s Pride series. That series is full of awesome friendships and I highly recommend it across the board, but Gwen and Blayne are my favorites. They’re these badass shifters who are plumbers and are on a roller derby, and they have one-liners that I still think about and laugh. Just winning across the board.

-       Pip, Thalia, and Felicity from Elizabeth Boyle’s The Bachelor Chronicles. This was one of the first romantic series that totally destroyed me and put me back together again. These ladies’ love for each other is the common thread through every one of the books as they each find their happily ever after with their heroes. These three books of The Bachelor Chronicles have become one of my comfort reads in the years since I first discovered them.

-       The Valkyries in Kresley Cole’s Immortals After Dark series. One of my favorite things about the Valkyries (there are quite a few of her books that feature them as heroines) is that the don’t always like each other. They bicker and steal each other’s clothes and pull pranks that occasionally cross the line, but when push comes to shove, they have their sisters’ backs. And Nix is probably one of my favorite female characters pretty much ever!

-       Amélie, Evangeline, and other Dommes in Kristen Ashley’s The Honey Series. I was initially drawn to this series because it features Dommes (lady dominants) and male submissives (alpha-subs, in this case). And WHEW. Not only are these books hotter than Hades, the Dommes have their own community where they support each other, occasionally offer each other much-needed kicks in the ass, and have a regular “book night” where they get together and bond. I love how the lady relationships are presented in these books, and I’m impatiently waiting for the third to release!
-      Kate and Andrea in Ilona Andrews’s Kate Daniels series. This is one of my all-time favorite series, and I love Kate and Andrea’s relationship because we get to see it develop throughout the series. They start as coworkers and end up as best friends who support each other even when their life choices take them apart. All that matters is their happiness, and that’s really awesome to read. I love them!

What about you? What are some of your books that feature awesome lady friendships?

Giveaway:
Katee is giving away an ecopy of PROM QUEEN to one lucky reader leaving a comment or email entry. 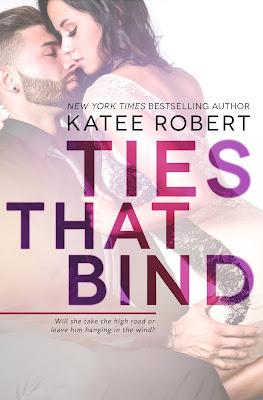 Once upon a time, Cora Landers was America’s Sweetheart and destined to be the Next Big Thing in Hollywood—but that was before her sex tape ruined her image and eliminated her contracts. These days, instead of being an A-lister, she’s divorce attorney to the A-listers. So when her ex—and fellow sex tape star—Jack shows up, needing her expertise, she wants nothing to do with it.

Jack McArthur might have costarred in that sex tape, but he didn’t share Cora’s fate—instead of tanking his career, the tape skyrocketed it. Now, as one of Hollywood’s most buzzed about new directors, Jack has everything to lose—especially when he wakes up after a friend’s bachelor party gone wrong to find that he’s apparently married a woman he’s never met before…and now can’t find. Desperate, he goes to the only person who he knows can help—Cora.

Cora reluctantly agrees to help Jack—both because he’s offering an absurd amount of money and because she loves seeing him as a disadvantage for once. Neither of them anticipate the very real problem of their being unable to keep their hands off each other—or that Jack’s accidental marriage might be anything but accidental. With both her heart and career on the line—again—Cora has to decide if she’s going to take the high road or leave Jack hanging in the wind the same way he left her twelve years ago. 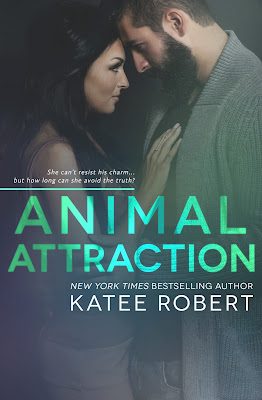 A private investigator might not be as glamorous as Brooklyn James had expected, but it pays the bills. Or at least it used to. In dire financial straits, she no longer has the luxury of saying no to jobs if she wants to pay her bills—which is how she ends up in a tree, spying on a billionaire who’s accused of dognapping. Not her finest moment.

Levi Turnbull made his fortune by creating tech that melds exercise with video games. It sounded great at the time, but now he’s got more money than he knows what to do with and he’s bored out of his mind waiting for the next game to launch. When he realizes a neighbor has been neglecting his dog, he takes matters into his own hands—by taking the dog. If he’s been trolling the neighbor ever since with hilarious fliers around the area… Well, he’s only human. When he finds a pretty redhead trespassing on his property in search of the missing dog, he sees the ultimate distraction until the launch.

Brooklyn initially agrees to a date in order to get close enough to Levi to find evidence of his dognapping—but that motivation gets complicated when they end up in bed together. She’s unable to resist his charm, and as they grow closer, Brooklyn can’t avoid the truth—not only did Levi steal a million dollar dog…he’s in danger of stealing her heart, too. 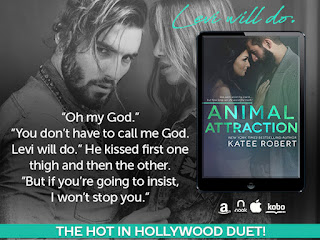 
About Katee Robert
New York Times and USA TODAY bestselling author Katee Robert learned to tell her stories at her grandpa’s knee. Her 2015 title, The Marriage Contract, was a RITA finalist, and RT Book Reviews named it 'a compulsively readable book with just the right amount of suspense and tension."  When not writing sexy contemporary and romantic suspense, she spends her time playing imaginary games with her children, driving her husband batty with what-if questions, and planning for the inevitable zombie apocalypse.

Giveaway ends 11:59pm EST Sept. 23rd. Please supply your email in the post. You may use spaces or full text for security. (ex. jsmith at gmail dot com) If you do not wish to supply your email, or have trouble posting, please email maureen@JustContemporaryRomance.com with a subject title of JCR GIVEAWAY to be entered in the current giveaway.
Posted by Maureen A. Miller at 12:30 AM