Congratulations to "Linda M." the winner in Sean's giveaway. Thank you to all who participated! 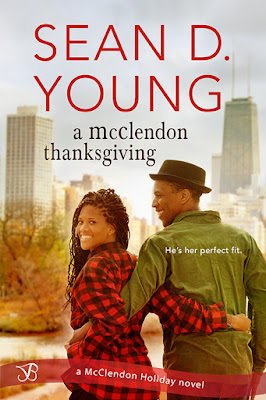 Fashion designer Faith McClendon is back in Chicago to start over. She put her promising career on hold for too long, and she’s ready to get back in the game. She’s not willing to put her heart on the line again—it’s still far too bruised from her failed marriage for that, so when a renewed childhood friendship starts to make her think about second chances at love, she’s more than a little hesitant.
Photographer Michael Montgomery was Faith’s biggest cheerleader when she decided to move to New York City, and he’s been her shoulder to cry on since she came home to Chicago. He’s never been able to tell her how he feels, but maybe now is his chance to make the family portrait in his head—the one with Faith by his side—a reality. First, he’s going to have to break down the walls Faith has around her heart and convince her they can be so much more than friends.

Faith lowered her head, so he gently touched the pointed
toe of her shoe. She glanced at him then looked away, then
back again. “How long have you felt this way?”

“As far back as I can remember.”

Her eyelids fluttered wildly. “Michael, we’re not kids
anymore playing childish games. We are both adults with
grownup responsibilities.” Her voice was low, the words
coming out haltingly. 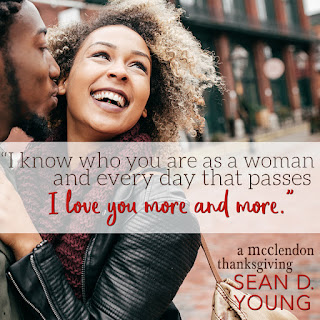 “Yes, I know we’re not kids, but I’m not in love with the nine-year-old girl with pigtails and braces. I know who you are as a woman and every day that passes I love you more and more.”

Faith got up from the sofa. Her hands were shaking.

“Michael, you don’t know me. Not the Faith I am today, because I’m just starting to get to know her.”

Michael stood as well. “Faith, I love you.”

She shook her head as her eyes filled with tears. “Don’t, Michael. I don’t want you to love me.”

He cradled her face in his hands. “Why not, baby?”

“Because that’s what Kevin said, and look how it turned
out.”

Michael finally realized she had a problem with trust.
Faith didn’t or couldn’t trust him even though she’d known
him since they were children. And blaming her husband had
given her the excuse not to give him a chance to make her
happy. 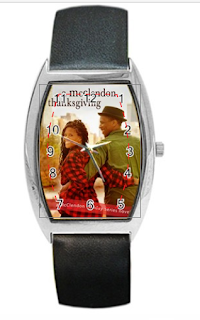 Faith pulled his hands away from her face. She shook her
head, stared up at the ceiling, and then turned and put some
distance between them. “If we get involved, then it would
change our relationship forever. And that is something I’m
not willing to risk. And our being friends is one of the most
important things in my life.”


Giveaway:
Sean will be giving away a tote bag and a watch to one lucky reader leaving a comment or email entry!

Giveaway ends 11:59pm EST September 12th. Please supply your email in the post. You may use spaces or full text for security. (ex. jsmith at gmail dot com) If you do not wish to supply your email, or have trouble posting, please email maureen@JustContemporaryRomance.com with a subject title of JCR GIVEAWAY to be entered in the current giveaway.