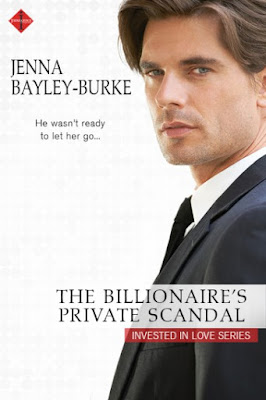 Megan Carlton’s secret affair with financier Brandon Knight ended when he pulled off a hostile takeover of her family’s hotel empire and then kissed another woman. Broke and alone, Megan starts a new life and learns to stand on her own, then Brandon finds her serving coffee and surviving on tips and tries to pull her back into her old life and his arms. She thought she was over him, and she certainly can’t ever trust him again. But what her head knows and her heart feels are two different things.Brandon was used to always getting what he wanted, then the woman he loves disappeared without a word. When he finds her months later working as a barista, he wonders if she’s suffering from amnesia. Getting a scalding Americano to the chest proves she recognizes him, but she’s got the situation—and him—all wrong. Now all he has to do is prove it.


Amazon | Entangled
"This sizzling tale about a suddenly-poor heiress and the love of her life who is behind her family's financial ruin is as juicy as a soap opera and more fun than a day at the beach.The characters and strong and premise is intriguing and Bayley-Burke doesn't skimp on the plot or secondary characters. At just over novella-length, this fast-paced contemporary romance will have readers clamoring from more by Bayley-Burke!"-- Romantic Times"The Billionaire's Private Scandal is an engrossing tale which involves you from the beginning until the end." --Joyfully Reviewed

Author Bio:
Jenna Bayley-Burke believes in falling in love, one story at a time. Be that in books, movies, or your honey’s stand-up routine. She tells fantasies of billionaires and beautiful locations, cowboys and fake engagements, women we all want as friends and men that we hope ours act like on occasion. www.jennabayleyburke.com