Congratulations to "jcp", the winner in Jennifer's giveaway. Thank you to all who participated! 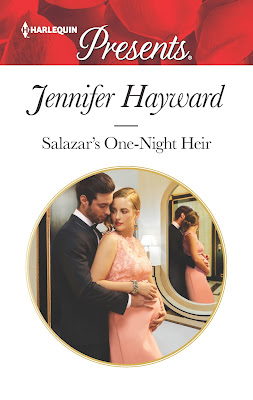 I’m so excited to be back at Just Contemporary Romance! One of my very favourite things to do is collaborate with other authors on joint projects, which I’ve done with Harlequin Presents’ new Secret Billionaires series. Writing can be a solitary profession. Sharing your ideas and building a series with other authors is such a collaborative, fun process that gets my creative juices flowing. So when I was offered the chance to write Secret Billionaires with Rachael Thomas and Dani Collins, I couldn’t say yes quickly enough.

Not only are they fabulous women and we love to work together, but we were given the most juicy premise for the series. Three billionaire bachelors go undercover for two weeks without their wallets. Where will they go? What will they do? 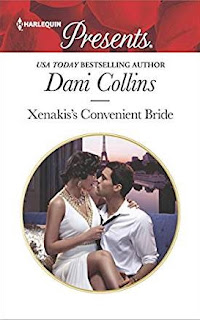 We quickly brainstormed three of the most fun, outrageous ‘jobs’ we could send them on in a mechanic, a pool boy and a stable groom. I knew immediately my Argentinian wine baron, Alejandro Salazar, would go undercover as a groom in the Hargrove’s legendary Kentucky stables to avenge a decades-old injustice between the Salazar and Hargrove families in Salazar’s One Night Heir. The story simply appeared as a dramatic, movie storyline in my head and I couldn’t wait to put fingers to keyboard. How sexy and delicious to put my hero in this glamorous, high stakes world, but instead of ruling it, he’s shoveling horse manure! And I’ve been dying to write an equestrian heroine for ages, because I used to ride and I love the horse world. Thus, the fiery, world class showjumper, Cecily Hargrove, was born. 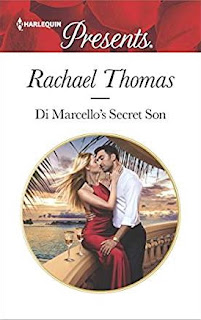 Alejandro expects to reap revenge—what he doesn’t expect is to feel such lust for Clayton Hargrove’s high-handed, uppity daughter, Cecily, when she tosses her reins at him in a snit. Or that Cecily is hiding deep, painful wounds after an accident with her prize horse Alejandro can help heal. He finds himself helping both Cecily and her horse. But their one, risky, red-hot night together will have huge consequences that bind these two enemy dynasties together forever.

I am so thrilled with how this series turned out and hope you love it too. Stay tuned for an excerpt. Meanwhile, I have a giveaway for one lucky reader to win.

Giveaway
I loved writing an equestrian heroine. But if I were writing a heroine just for you, what would she be? Sky’s the limit. One commenter will win a set of all three Secret Billionaires books signed by the authors.

Challenged to go undercover—but tempted to blow it all!

Dared to abandon all they know, these extraordinary men leave behind their billionaire lifestyles and take on “ordinary lives”.

But disguised as a mechanic, a pool boy and a groom, they’re about to meet the real challenge… Conquering the women they’ll meet along the way!

Excerpt:
“Colt?”
Distracted, he brought his gaze back up to hers. The reminder he wasn’t who he’d said he was, that this couldn’t happen, should have been enough to have him ending this right now, but the hesitant look in her blue eyes commanded him instead.
“That night in the barn—was I imagining that you wanted to kiss me?”
Ai por Deus. How was he supposed to answer that? Lie and he would hurt her, something he wasn’t willing to do. But telling her the truth wasn’t an option either.
“I don’t think I should answer that question.”
“Why?”
“Because I work for you. Because it isn’t appropriate.”
“This is already past appropriate,” she murmured, eyes on his mouth. “And you’ve already answered my question by not answering.”
“Then we should consider the subject closed.” He reached up to disentangle her arms from around his neck. She kept them where they were. “I think I should test my theory out.”
“What theory?”
“That you will be a better kisser than Knox.”
Oh no. He shook his head. “I think we should leave the answer to the theoretical realm.”
“I don’t.” She curved her fingers around the back of his neck and drew his mouth down to hers. He should have stopped it right there, should have exercised the sanity he should have had, but he wasn’t going to reject her—not in her ultra-vulnerable state.   And, if the truth be known, he wanted to kiss her. Badly. Had since that night in the barn.
Lush and full, not quite practiced, the brush of her lips against his sent a sizzle over every inch of his skin. This was such a bad idea.
He relaxed beneath her touch, allowed her to play. He’d give it a minute, make it good and get out of Dodge.
“You have an amazing mouth,” Cecily breathed against his lips. “But you aren’t kissing me back.”
“Self-preservation,” he murmured before he splayed his fingers around her delicate jaw, angled her mouth the way he wanted it and took control.
Her sweet, heady taste exploded across his senses. As good as he’d imagined it to be—maybe better. Fingers stroking over the silky skin of her cheek, he explored the voluptuous line of her mouth with his own, acquainting himself with every plump, perfect centimeter.
When skin against skin didn’t seem to be enough, he brought his teeth and his tongue into play, nipping, stroking, lathing. A gasp escaped her lips. He took advantage of the opportunity and closed his mouth over hers, taking the kiss deeper, mating his tongue with hers. Twining her fingers into the hair at his nape, she followed his lead, sliding her tongue against his, turning the kiss into an intimate, seductive exploration that fried his brain.
Santo Deus, but she was responsive, the taste of them together perfection. He fought the desire to explore the rest of her curvy, hot body with his mouth and tongue. To discover how sweet she really was.
In his world, kisses like this led to hot, explosive sex. In this world, however, it absolutely, positively could not happen.
His rational brain kicked in. He broke the kiss, sank his fingers into her waist and lifted her off of him and placed her back on the blanket.
Cheeks flushed, eyes on his, Cecily pushed a hand through her hair. “That was—”
“Proof you aren’t a cold fish,” he said, pushing to his feet. “Now we forget it happened.”
She eyed him. “Colt—”
He shook his head. “You know my MO. Here today, gone tomorrow. You don’t want to get involved with me, Cecily. Trust me.”

Award-winning author JENNIFER HAYWARD has been a fan of romance since filching her sister's novels to escape her teenaged angst.

Jennifer emerged on the publishing scene when she won Harlequin's So You Think You Can Write global writing competition in 2012. She is the Romantic Times Magazine Reviewer's Choice Best Harlequin Presents of 2014 winner for her book, The Magnate's Manifesto.

Jennifer's career in journalism and PR, including years of working alongside powerful, charismatic CEOs and traveling the world, has provided perfect fodder for the fast-paced, sexy stories she likes to write, always with a touch of humour.

A native of Canada's gorgeous East coast, Jennifer lives in Toronto with her Viking husband and young Viking-in-training.

Giveaway ends 11:59pm EST June 24th. Please supply your email in the post. You may use spaces or full text for security. (ex. jsmith at gmail dot com) If you do not wish to supply your email, or have trouble posting, please email maureen@JustContemporaryRomance.com with a subject title of JCR GIVEAWAY to be entered in the current giveaway.
Posted by Maureen A. Miller at 12:30 AM