Star-crossed lover find each other after years apart, can they repair the pieces of their broken relationship for a second chance at love? 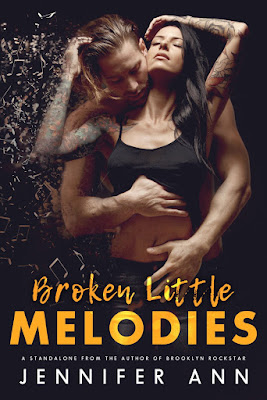 Deep among the Jeffrey Pines of Lake Tahoe, Isabelle Martin and Roman Stone find comfort in each other at a summer camp for musically gifted teens where their love grows stronger every year. But they couldn’t be more different. She’s an orphan from the West Coast running with the wild crowd, and he’s a rich kid from New York hiding the scars of an abusive home. When their worlds finally collide, the future they planned comes crashing down around them and Belle is forced to cut Roman from her life without any explanation.

Roman’s on top of the world. His successful rock band is preparing for their first headlining tour, but when he unexpectedly runs into Belle, old feelings for her come rushing back, and his new found bravado fails him.

Belle has learned that some things in life have the power to break your spirit, and trying to forget Roman has made her bitter—she’s merely a waitress headlining a bar-band, and he’s had everything handed to him on a silver platter. Seeing him again makes her question whether time can mend a broken heart.

Their struggles brought them together, and their differences tore them apart, but now that they’re together again, can they repair the broken pieces and get a second chance at love?

Excerpt:
She let out a deep sigh before settling down perpendicular to me and setting her head on my stomach. I was all at once hyper aware of her coconut scented hair and the warmth of her head against my stomach. Something wild fluttered in my gut.
“Whoa, that’s really pretty,” she said, staring up at the stars. “I kind of wish they’d let us camp out here some night. It’s nothing like the sky we see back home.” The vibration of her voice against my stomach did strange things to my body, making my dick thicken.
I grunted in response. “It’s weird that we’re only half a day’s drive away from where you live. I wish I could go there.”
“No you don’t. Trust me. There’s not much to see. But I wish I could see where you live. I’ve never been outside of California.”
My fingers reached out on their own to tangle in a strand of her hair. It was soft and smooth, the way I had started to imagine her lips would feel. “One day I’ll bring you to New York.”
“I could never afford something like that,” she said quietly.
“You wouldn’t need money. You’d be my guest.”
She didn’t say anything more as I smoothed more of her hair out across my stomach. “What did you think of my song?”
Her head shifted slightly as she took a deep breath. “It was…wow, Roman. I can’t believe you wrote that. Not because I don’t think you’re talented enough to do it, because you are. It’s just…you’re special. I mean your voice and the way you can strum a guitar when you just learned how to play…you could be the next Justin Bieber one day.”
When I laughed extra hard, her head bounced. “I’d much rather be the next Jimmy Page.”
“You know what I mean,” she said, her voice quiet as if embarrassed.
I pushed my fingers deeper into her hair, lightly massaging her scalp. “I-I w-wrote that s-song f-for you.” 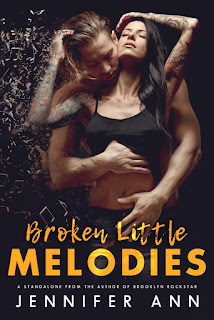 The world ended.
Not really, but bile surged against my throat. My heart screeched to a painful stop. The stutter I spent years keeping at bay was back, and Isabelle wasn’t saying anything. I sucked a painfully hard breath, waiting for her response. I was sure she was going to stand up and run as fast as her legs would carry her.
“I kind of guessed you did,” she said in a soft voice.
Then she sat up. I almost burst into tears like a little kid, knowing she was getting ready to run. I had screwed things up and lost my best friend.
But then she leaned over me, her hair making a veil around us. Her eyes were shining down on me through the darkness, wet with tears. “That was the nicest thing anyone has ever done for me.”
Then she gathered her hair behind her head, leaned down, and pressed her lips against my cheek. They were soft, warm, damp with tears, and filled with an unspoken promise to love me no matter if I stuttered or made a fool of myself in any other way.
That was the summer I knew without a doubt that my life would never be the same.
I was madly in love.

About Jennifer Ann:
Jennifer Ann is the author of ten contemporary romance novels with complex love stories. Like her characters, she's in love with the city of New York, trips on airplanes or the back of her husband's Harley, and everything rock and roll. Sometimes you can catch her driving a tractor alongside her husband in southern Minnesota while trying to keep up with the madness of their four active children.