Congratulations to "Dee", the winner in Blaire's giveaway. Thank you to all who participated!

There’s nothing sexier than a man who takes charge. But when does taking charge become taking over?

In my newest release, The Favor, Clark Wainwright is a thirty-year-old architect who loves to fix things, and by fix things, I mean that sometimes he sticks his nose where it doesn’t belong and gets himself into a whole lot of trouble.

When his sister’s best friend needs a superhero for her son’s birthday party, Clark squeezes himself into tights and a cape and saves the party, but not without creating some problems that are very tricky to solve, even for a superhero.

Single mom Anna Bishop doesn’t want help from anyone. After a failed marriage, all she wants to do is raise her son in peace, but her ex-husband, George, isn’t making it easy on her. When Clark lets his temper get the best of him, she’s in even deeper hot water with George.

Clark can’t rest until he fixes the problems he created for Anna and her son, even if that means proposing marriage. Anna could use a little rescuing but it might just be Clark who gets saved in the end. 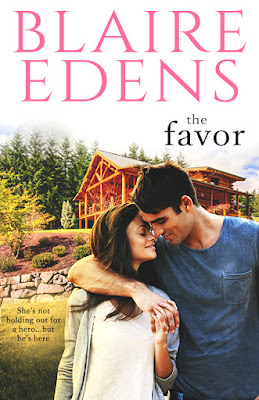 Single mom Anna Bishop doesn’t want help from anyone, but she does need a superhero for the birthday party she’s has planned for her seven-year-old. Luckily, her best friend’s brother agrees to suit up and play the role.

When architect Clark Wainwright agrees to do his sister a favor, he never expects to end up in a pair of tights…not to mention the tight spot he ends up in when he creates trouble for his sister’s best friend. Clark is a fixer, and he’ll do whatever it takes to fix the problem he causes for Anna and help her keep her son…whatever it takes…even of it means proposing.

Anna could do with a little rescuing…but it just might be Clark who gets saved in the end.

EXCERPT
Maybe a real superhero is going to save me this time.

If she weren’t so nervous and scared, she might be a little interested in meeting the man behind the mask. Peeling back the shimmery black and red spandex. Her gaze traveled along his muscular shoulders, down the length of his chest, over the flat of his stomach. Her eyes got stuck at the bulge in his tiny red underpants. It wasn’t small. Anna hoped superheroes didn’t use the old potato trick.

It would be a major disappointment. She’d had a crush on Redhawk for years, way before Louie discovered him, and the man in front of her was the perfect incarnation of the superhero. It wouldn’t take more than one glass of wine for her to believe this man was the real article.

“Who the fuck are you to tell me shit?” George asked. He dropped Anna’s wrists, and she slumped back against the counter. He turned to face Redhawk. “Is that sissy costume making you brave?” A sneer lifted the corner of his mouth. “You probably like nail polish, too.”

The superhero’s fist connected with George’s nose in the blink of an eye. Anna winced at the crack of bone on bone. Like an action movie in slow motion, she watched as George stumbled backward, tried to get his balance, and then doubled over, clutching his nose.
I’ve just been saved by the world’s hottest superhero.

GIVEAWAY:
Blaire is giving away a $10 Amazon gift card to one reader leaving a comment or email entry sharing your favorite superhero.


About the author:
Blaire Edens lives in the mountains of North Carolina on a farm that’s been in her family since 1790. When she’s not plotting, she’s busy knitting, running, or listening to the Blues. Blaire loves iced tea with mint, hand-stitched quilts, and yarn stores. She refuses to eat anything that mixes chocolate and peanut butter or apple and cinnamon. She’s generally nice to her mother, tries to remember not to smack her bubble gum, and only speeds when no one’s looking.

Giveaway ends 11:59pm EST May 23rd. Please supply your email in the post. You may use spaces or full text for security. (ex. jsmith at gmail dot com) If you do not wish to supply your email, or have trouble posting, please email maureen@JustContemporaryRomance.com with a subject title of JCR GIVEAWAY to be entered in the current giveaway.
Posted by Maureen A. Miller at 12:30 AM