Congratulations to "Laney4", the winner in Amy's giveaway. Thank you to all who participated!


At 16, I had the opportunity of a lifetime to spend a summer as an exchange student in the south of France. We spent the hot summer days down at the beach with my host sister’s friends drinking fresh fruit smoothies and eating greasy croque monsieur sandwiches.  Evenings were spent listening to live jazz at the local beachfront cafes sipping sparkling jus de poire. It wasn’t until much later I fully appreciated the fact that I’d spent a summer on one of the Cote d’Azur’s top three beaches. 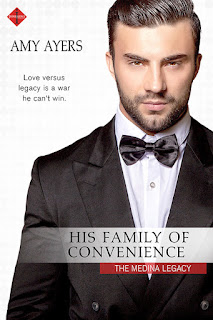 My host family was kind and helpful and so patient with my adequate French.  My host mom was intent on giving me the full provincial cultural experience and tasked me with getting bread every morning and getting something sweet for dessert each night.  I felt more than a little like Belle as I made my way through the streets of the small town each morning doing the shopping, stopping in the parfumiere to inhaling the exotic French scents and wandering through a librarie full of rare works.  I got to try octopus for the first (and last) time and had a banquet dinner at the longest table I’ve ever seen in a real, working vineyard. That dinner may or may not have included lots of champagne which delivered my first hangover the next morning. Shhh…don’t tell my parents.

All of those experiences made me fall in love with this region of Europe.  Not just the Provence, as the area is known, but also the Catalan region of Spain, just a skip away from where I summered.  For a girl originally from a working class, urban corner of Portland, Oregon, every single experience was transformative.  I came back a different person.  I was confident, self-assured.  I mean, I could speak a foreign language! I knew that octopus tasted like feet!

So when it came time to find an ancestral home for my hero’s tightknit, tradition bound family, the Medinas, I knew exactly where I wanted it to be.  The Catalan region is fiercely independent.  They don’t consider themselves either Spanish or French. They are Catalan and their language, customs and culture reflect that.  I hope you enjoy your time in Girona when you read HIS FAMILY OF CONVENIENCE.

Giveaway:
Amy will be giving away a $10 Amazon gift card to one lucky person leaving a comment or email entry. 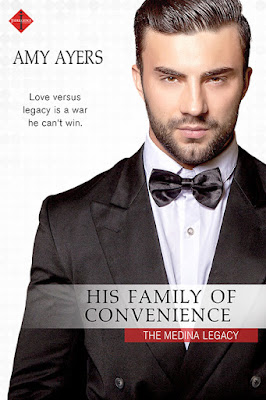 Senna Callas’s one-night stand with her alpha asshole boss, Marco Medina, was supposed to mark the end of her internship and their ridiculous attraction. After being unreachable and ignoring Senna for a year, Marco sweeps back into the country and summons her to his office, revealing he knows her secret…the secret created during their explosive night together.

Marco is determined to be there for the son he’s just discovered he has, but when it comes to being with Senna, his choices aren’t his own. His meddling family expects him, the firstborn son, to follow through with the arranged marriage set up when he was a child. And Senna has no plans on being his mistress and still resents how her attempts to contact Marco were ignored. The only thing going right between them is the attraction that burns no matter the complicated situation they’re in.

Marco would do anything to protect his family, anything except decide between the legacy he was born into and the young family he’s just found…

About the author:
Amy Ayers remembers writing her first fiction as an introspective tween in rainy Portland, Oregon.  She took a break from writing to move with her family to the desert of Phoenix, Arizona. She currently divides her time between her writing, her family (including one husband, four boys and two dogs), and her far too lengthy daily commute to work.  A life-long lover of literature, she began writing her own contemporary romance in earnest in 2014 and is thrilled to be published with Entangled.
Connect:
Author Website: http://amyayersauthor.com/
Author Twitter: @amyloomom / https://twitter.com/amyloomom