A PIECE OF MY HEART 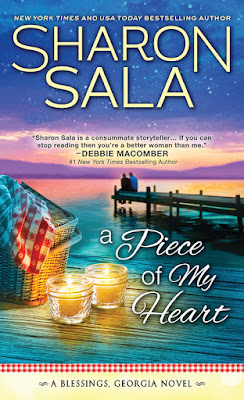 A PIECE OF MY HEART


She’s never had a home

Growing up in a troubled foster home, Mercy Dane knew she could never rely on anyone but herself. She’s used to giving her all to people who don’t give her a second glance, so when she races to Blessings, Georgia, to save the life of an accident victim, she’s flabbergasted when the grateful town opens its arms to her. She never dreamed she’d ever find family or friends—or a man who looks at her as if she hung the stars.

Until she finds peace in his arms

Police Chief Lon Pittman is getting restless living in sleepy little Blessings. But the day Mercy Dane roars into his life on the back of a motorcycle, practically daring him to pull her over, he’s lost. There’s something about Mercy’s tough-yet-vulnerable spirit that calls to Lon, and he will do anything in his power to make her realize that home isn’t just where the heart is—home is where their heart is.

Excerpt:
From childhood, Mercy Dane viewed Christmas Eve in Savannah, Georgia, like something out of a fairy tale. The old, elegant mansions were always lit from within and decorated with great swags of greenery hanging above the doorways and porch railings like thick green icing on snowy white cakes.
The shops decked out in similar holiday style were as charming as the sweet southern women who worked within. Each shop boasted fragrant evergreens, plush red velvet bows, and flickering lights mimicking the stars in the night sky above the city.
And even though Mercy had grown up on the hard side of town with lights far less grand, the lights in her world burned with true southern perseverance. Now that she was no longer a child, the beauty of the holiday was something other people celebrated, and on this cold Christmas Eve, she no longer believed in fairy tales. So far, the chapters of her life consisted of a series of foster families until she aged out of the system, and one magic Christmas Eve with a man she never saw again. The only lights in her world now were the lights where she worked at the Road Warrior Bar.
The yellow neon sign over the bar was partially broken. The R in Road was missing its leg, making the word look like Toad. But the patrons who frequented this bar didn’t care about the name. They came for the company and a drink or two to dull the disappointment of a lifetime of regrets.
Carson Beal, who went by the name of Moose, owned the bar. He’d been meaning to get the R fixed for years, but intention was worth nothing without the action, and Moose had yet to act upon the thought.
Outside, the blinking neon light beckoned, calling the lonely and the thirsty into the bar where the beer was cold and the gumbo and rice Moose served was hot with spice and fire.
Moose often took advantage of Mercy’s talent for baking after she’d once brought cupcakes for Moose and the employees to snack on. After that, she’d bring in some of whatever she’d made at home. On occasion Moose would ask her to bake him something special. It was always good to have a little extra money, so she willingly obliged.
This Christmas Eve, Moose had ordered an assortment of Christmas cookies for the bar. When Mercy came in to work carrying the box of baked goods, he was delighted. Now a large platter of cookies graced the north end of the bar.
The incongruity of “O Little Town of Bethlehem” playing in the background was only slightly less bizarre than the old tinsel Christmas tree hanging above the pool table like a molting chandelier.
Because of the holiday, only two of his four waitresses were on duty, Barb Hanson, a thirtysomething widow with purple hair, and Mercy Dane, the baker with a curvy body.
Mercy’s long, black hair was a stunning contrast to the red Christmas sweater she was wearing, and her willowy body and long, shapely legs looked even longer in her black jeans and boots. Her olive skin and dark hair gave her an exotic look, but being abandoned as a baby, and growing up in foster care, she had no knowledge of her heritage.
Barb of the purple hair wore red and green, a rather startling assortment of colors for a lady her age, and both women were wearing reindeer antler headbands with little bells. Between the bells and antlers, the music and cookies, and the Christmas tree hanging above the pool table, Moose had set a holiday mood.


Mercy had been working at the bar for over five years. Although she’d turned twenty-six just last week, her life, like this job, was going nowhere.
It was nearing midnight when a quick blast of cold air suddenly moved through the bar and made Mercy shiver. She didn’t have to look to know the ugly part of this job had just arrived. 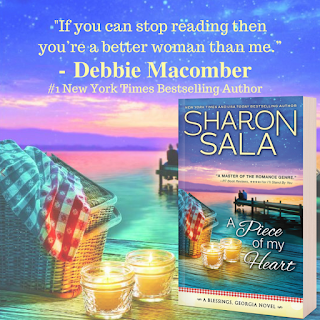 “Damn, Moose, play some real music, why don’t ya?” Big Boy yelled as the door slammed shut behind him.
Moose glared at the big biker who’d entered his bar. “This is real music, Big Boy. Sit down somewhere and keep your opinions to yourself.”
The biker flipped Moose off, spat on the floor, and stomped through the room toward an empty table near the back, making sure to feel up Mercy’s backside in passing.
When Big Boy suddenly shoved his hand between her legs, she nearly dropped the tray of drinks she was carrying. She knew from experience that he was waiting for a reaction, so she chose to bear the insult without calling attention to it.
As soon as he was seated, Big Boy slapped the table and yelled at the barmaids. “One of you bitches bring me a beer!”
Moose glanced nervously at Mercy, aware that she’d become the target for most of Big Boy’s harassment.
Barb sailed past Mercy with a jingle in every step. “I’ve got his table,” she said.
“Thanks,” Mercy said, and delivered the drinks she was carrying. “Here you go, guys! Christmas Eve cheer and cookies from Moose!”
One trucker, a man named Pete, took a big bite out of the iced sugar cookie. “Mmm, this is good,” he said.
“Mercy made them,” Moose yelled.
Pete shook his head and took another bite. “You have a fine hand with baking. I’d ask you to marry me, darlin’, but my old lady would object.”
Mercy took the teasing with a grin. The men at this table were good men who always left nice tips. In fact, most of the patrons in the bar were men with no family or truckers who couldn’t get home for Christmas. Every now and then, a random woman would wander in to have a drink, but rarely lingered, except for Lorena Haysworth, the older woman sitting at the south end of the bar.
She’d been coming here since before Mercy was born, and in her younger days she and Moose had been lovers before slowly drifting apart. She’d come back into his life a few months ago and nightly claimed the seat at the end of the bar.
Barb took the first of what would be multiple beers to Big Boy’s table, along with a Christmas cookie and a bowl of stale pretzels, making sure to keep the table between them.
Big Boy lunged at her as if he was going to grab her, and when she turned around and ran, he leaned back and laughed. 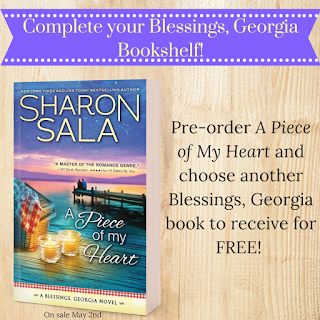