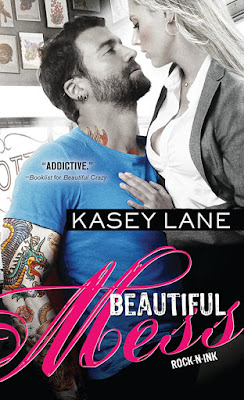 When attorney Jami Dillon strides into the conference room to meet her new client, she’s stopped in her tracks by an all-too familiar figure. Jackson Paige. He’s her tall, tattooed, and sexy as hell hook up from law school—who also broke her heart.

Jackson Paige was, in fact, Jax Pain, the drummer of Manix Curse.

That thing in Jami’s chest tightened, making it hard to breathe.

Jackson Paige, aka Jax Pain, has worked hard to put that unfor-frickin-gettable fling behind him and the nasty secret that made him leave her. Truth is, life as the playboy drummer of Portland’s hottest metal band hasn’t helped him to forget the fiery, sexy woman who stole his heart. Lucky for him, Jami was just hired as his band’s new attorney. But when he sees the look on her face when she realizes who her new client is, Jax wonders if maybe being this close to her again isn’t such a great idea. The explosive chemistry is there, but so are the dark secrets…

This was all too much. He was too much. Too many feelings. He looked away for a moment and pinched his dark brows together. She could tell there was more to the story, but she couldn’t take another word. Not one more.

Jackson kissed her. When he pulled away, her hands went reflexively to her still warm lips. 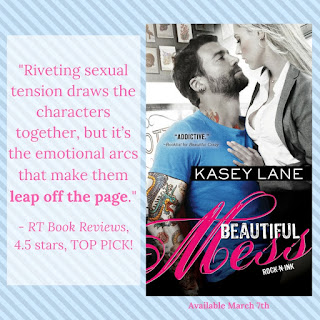 “I don’t hate you. I never have. I was…I didn’t…” She wasn’t quite sure what she’d been. Broken. Crushed. Lonely. But those were all things he didn’t need to know—didn’t get to know—at least not yet. “I was so hurt and sad. I’m glad you told me. And I understand.”

She smiled, and he kissed her lightly on the nose again. “I’m just so sorry,” he whispered.

“I know you are. And I am, too. For not letting you know you could talk to me, trust me to work through it.” But he knew that she would have never turned her back on her parents. She would have done everything they asked of her, because she’d been so afraid to revert back to her old self. So terrified to be left really and truly on her own.

But she’d had enough of this discussion. It was emotionally draining—and not exactly ideal date conversation.

“I’m like a groupie sitting here on your rock-star lap.” Her laugh sounded shrill to her ears. All she wanted was to ease the intense tension from his so-serious face.

When she didn’t answer, he asked again.

Her words were lost. God, how did he keep scrambling her brain like that? Once again, nodding was the only way she could communicate with him.

When Diana arrived with their cheesecake, Jami was thrilled with the reprieve from his…everything. After they were alone again, he repeated his demand.

She shook her head. No. She couldn’t say it. Not aloud, where it would become real, like a contract or love signs written in sand. “Say. It.”

“Because I know you don’t believe it yet. But if I get you to say it enough times, maybe you’ll start believing it. Say it.”

“Fine. I’m not a groupie. There’s no one like me. I’m unique and effing glorious.”

“Next time without rolling your eyes, counselor.” He pressed a quick kiss to her nose and lifted her back to her seat next to him. “Enough mindfucking for tonight. Eat your cheesecake and then I have a surprise for you.”

Jami smiled and let him feed her a bite of the strawberry cheesecake while her mind reeled. She was pretty damn sure neither her head nor her heart could take another surprise from Jackson Paige.