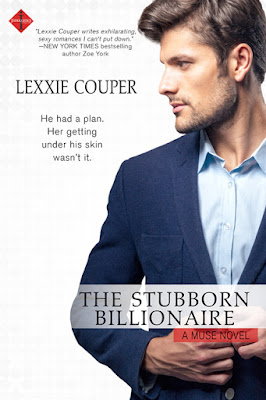 I was told never to write an artist as a heroine. Apparently (according to the person giving me this sage advice) artists are not relatable people and therefore turn readers off. One of the worst character traits I have (or maybe the best, depending on your point of view) is that, the second someone tells me I can’t do something, I decide to prove them wrong. (Side note: I was also once told Australian men don’t make for good romance heroes. Go figure.)

That contrariness really took over when I started writing The Stubborn Billionaire. Sienna, my heroine, is an artist. A struggling artist at that. I wanted to show the reading world that just because a person spends most of their days creating, it doesn’t make them some kind of weird freak “normal” people can’t connect with (a little backstory about me: I spent many years studying art, being an artist, before becoming a high school English teacher). Sienna is as normal as the rest of us: she longs for happiness and love. She cherishes the small family she has, she works hard, she has bad days, she cries, she laughs. And boy, does she give the hero of The Stubborn Billionaire are wake-up call.

I hope you enjoy reading about Sienna and James. I hope you all like Sienna and the insight into her artist’s life I’ve given you. 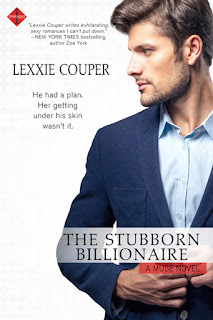 
I’ll stop at nothing to get what I want. It’s the Dyson way.
Ruthless? Maybe. But it’s what’s put me at the top of Australia’s media industry. And it’s what’s going to help me get revenge on the woman who put my family through hell.
I’m going to ruin Sienna Roberts.
My plan has been in play for months. She has no idea I’m the mysterious benefactor commissioning her artwork, or that the downfall in store for her will be the end of her career.

Someone knocked on her studio door. She shot a quick glance at her watch.
Since when had Carrie ever been early? Especially for an afternoon of chocolate-biscuits therapy? She wasn’t due for another half an hour.
Another more-insistent knock came. “Okay, okay.” She glared at the empty canvas one more time before crossing the room, grabbing the doorknob, and pulling the door open. “Keep your pants…”
Icy shock froze Sienna. Her words died in her throat. Her mouth turned to dust.
Oh God.
The tall man with impossibly broad shoulders and thick black hair on her doorstep smiled, eyes sharp. “On?”
“What are you doing here?” 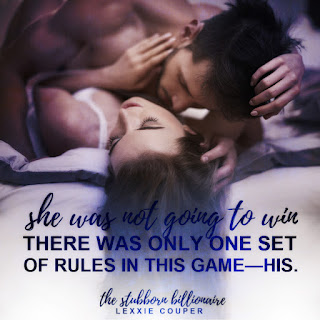 James Dyson, ruthless billionaire, media mogul, Time Australia’s Businessman of the Year, and the last man Sienna ever wanted to see again, slid his hands into his hip pockets. The firm muscles in his arms and shoulders flexed under his tailored designer suit, and Sienna’s pulse leaped away on a little excited masochistic trip at the sight. Stupid pulse. “I’m here to see you, Ms. Roberts.”
She raised her eyebrows, ignoring her gallivanting pulse. Getting excited over James Dyson was foolish. Getting excited over him again was just plain idiocy. “Is that right?” She crossed her arms over her breasts, staring him down. “If I remember correctly, only six months ago you told me never to come near or speak to a member of the Dyson family again. You seem to be breaking your own commandment.”
Dark, dark brown eyes studied her, and then James shrugged. “A man can change his mind.”
“The Dyson men don’t change their minds.” She narrowed her eyes. “You’re famous for it.”
An evil dimple appeared in his left cheek. “There are other…things…we’re famous for, Sienna. Don’t you want to find out what they are?”

Author Bio:
Lexxie Couper started writing when she was six and hasn't stopped since. She's not a deviant, but she does have a deviant’s imagination and a desire to entertain readers with her words. Add the two together and you get erotic romances that can make you laugh, cry, shake with fear or tremble with desire. Sometimes all at once.When she’s not submerged in the worlds she creates, Lexxie’s life revolves around her family, a husband who thinks she’s insane, a indoor cat who likes to stalk shadows, and her daughters, who both utterly captured her heart and changed her life forever.
Posted by Maureen A. Miller at 12:30 AM