Ten confessions about The CEO’s SEDUCTION 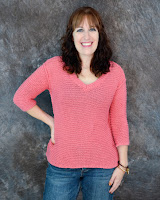 Congratulations to "Bn100", the winner in Diane's giveaway. Thank you to all who participated!

Hello everyone! I’m Diane Alberts (also known as Jen McLaughlin) and I have a brand new series coming out on December 12th!  The first book picks up with the youngest Hamilton sibling, Anna, and her older brother’s best friend…though in all fairness he’s also her best friend, too. Her FOUR older brothers are…well, there’s no other way to put this…extremely protective of her. Like, VERY.

I had a lot of fun writing this book, and the upcoming books in the series, so I thought it would be fun to have a little confession time with you guys.

Okay, here goes.
1.     I chose the last name Hamilton because I love the musical Hamilton, and I honestly couldn’t think of a better last name for a family I’ve come to love a lot.

2.     I also can’t resist dropping a Hamilton quote or two in the books here and there, so if you’re familiar with the play, let me know if you see them.

3.     I made Anna have overprotective brothers because, to be honest, I always wished I had one. I have two amazing sisters, but I wanted to see what life was like with an older brother who kicked the as of anyone who hit on his baby sister.

5.    I edited this book while on a two week long cross-country road trip with my family. As I was editing the second half, we were in the middle of a desert and I was worried we’d break down in the middle of nowhere and bake to death.

7.     I originally wrote this book in 2013, let it sit for a long time, and then went back and made it category length for the Entangled Indulgence line.

8.    In the original version, Brett was horribly clumsy and they had to do a wedding competition game thing, and he made them fall. In the new version, he’s very alpha and not clumsy at all.

10.  Once you read this book, you’ll be eagerly awaiting the next ones!

Thanks for hanging out with me, and please don’t forget to pick up a copy of The CEO’s Seduction, on virtual shelves 12/12/16!!!! 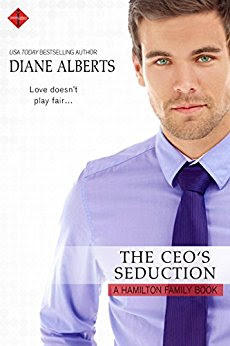 The last thing Brett Ross wants is to be back in the same old damn small town he grew up in, but his best friend is getting married, so there’s no way he’s skipping yet another visit back home. He knows what he’s getting into, coming back here, but the one thing he didn’t count on was the way Anna Hamilton made him feel the first time he sets eyes on her…and she’s all grown up.
Anna’s always been in love with Brett, even if she’s always been his best friend’s annoying little sister to him. But when he looks at her, she doesn’t see annoyance in his eyes anymore. If anything, she sees a silent calling for her to save him from himself…and she’s just the girl to do it. All she needs is to find a way to escape her pesky, protective older brothers.


And then the game is on.