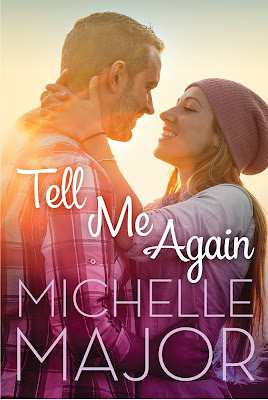 As a teenager, Samantha Carlton used a career in modeling to break free from her painful childhood—walking away from her reckless twin sister, an alcoholic mother, and the boy she loved. Yet she never outran the guilt of abandoning her family. When the past shows up on her doorstep in the form of her late sister’s daughter, Sam opens her home and her heart to the girl she never knew existed. But it’s not so easy to face the man she left behind…

Sam had shattered Trevor Kincaid’s heart, and he’d sought comfort in her sister’s arms. But he’d pledged to shield his daughter, Grace, from the drama that followed the Carlton women. Now Grace has tracked down Sam, and Trevor is forced to deal with the one woman he wanted to forget.

History has a way of repeating itself, and the sparks between Sam and Trevor reignite an old flame. But as much as Sam wants a new future, is walking away again easier than risking her heart for a second chance at love?

Find out more at: Amazon

Excerpt from Tell Me Again:
Suddenly the kitchen felt too quiet, the air still bristling with so many unspoken questions and accusations between her and Trevor. But underneath was a tiny ripple of gratitude that made her limbs tingle. He hadn't said no, and getting to know her sister's daughter was an unexpected gift, like a rainbow after a heavy thunderstorm. She had the sudden urge to reach out to him, but instead pressed her fingers to her lips, surprised to find a smile there.

"Actually, I'm up in your area quite a bit. I run a summer camp for disadvantaged kids out of Silver Springs." She paused, remembered the day she'd had before her whole world had been turned upside down. "I'll be at camp every day for at least the next month. Several of the cabins were badly damaged in the storm. The contractor I normally use retired last year, and I'm having trouble finding someone who can take on the repairs right away."

Trevor's eyes widened and his head jerked back. "You don't model any more?"

She shook her head.

The intensity with which he spoke the word confused her. "I'm a senior citizen when it comes to modeling," she lied.

She rolled her eyes. "Yes, Trevor, I know my age. I retired a few years ago. That's when I moved to Colorado. I'm too old." That was only a kernel of truth, but it was as much of it as she was willing to give.

"Bullshit," he shot back. "You're more beautiful now than..."

Her breath hitched, and she watched Trevor's face go stony. Clearly an admission neither of them had been expecting.

"Dad is a contractor," Grace said, returning to the room with her backpack. "He can fix your cabins. He can build anything."

"No," Sam and Trevor answered at the same time.

"Why not?" Grace studied the two of them. "It's the perfect solution. I can spend time with Sam after school and Dad will be there to chaperone."

"I build custom homes," Trevor told Sam, saying the words slowly as if it was difficult to share any part of himself. "Things are busy right now."

"You could make it work," Grace argued.

"It's fine," Sam offered quickly. She had no trouble believing Trevor could fix anything, but the thought of having him at her camp--being so near to him--for any period of time made her skin flush and her knees go weak. Not a good combination. "I'll figure it out."

"Dad, seriously, you need to do this." Grace bent to give Frank a rub between the ears. He lifted his head then dropped it back to the hardwood floor. It was way past her dog's bedtime, Sam thought and then Grace stifled a yawn. Frank wasn't the only one.

"It was...um...nice to meet you." Grace offered her hand, suddenly shy and looking so young.

Sam pulled the girl in for a hug and felt her breathe out a long sigh. "I'm glad you found me," she whispered, tugging on Grace's braid. 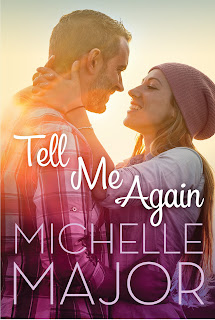 "She would have loved you," Sam told her and Grace's wide smile was an exact copy of Bryce's.

Trevor opened the door and handed Grace the keys. "I'll be out in a minute."

With a small wave at Sam, Grace headed down the back steps.

Sam blew out a breath and, without thinking, reached for Trevor's hand. His fingers felt rough and warm against hers and it was as if all the energy radiating through the room coalesced at the point where they touched. She drew back and wiped her hand against her jeans as if she could rub off the imprint of his skin on hers. Clearing her throat she said, "We'll figure this out."

He stared down at his own hand, as if he wasn't sure it belonged to his body. But when he lifted his gaze to hers, his gaze had gone hard again. "There's no we, Sam, that involves you. I wasn't kidding when I said this will happen on my terms. I know my daughter--my daughter--well enough to know she won't let it be now that she's met you. But if you do anything to hurt her--"

So much for their truce. "Go to hell, Trevor," she spit out before she could tamp down her temper. "You're the one who's hurt her by not telling her the truth. I don't owe you any loyalty in this."

He flashed a smile so bitter it made chills break out across the back of her neck. "Your only loyalty has ever been to yourself, Samantha. Why would that change now?"

And with that parting shot, he walked out.

Sam pressed her hand to her stomach and realized it was trembling. She was trembling all over. All of the emotions she'd held in tonight--hell, since the moment she'd left her past behind in the rearview mirror--came crashing down on her. The weight of them finally brought her to her knees.

Frank ambled over and flopped against her, and she held onto him, the steady rhythm of his breathing the only thing anchoring her.

"Oh, God, Bryce," she whispered into the silence. "What have you done?"

“Kissing Mr. Right had the magic of classic Jude, Julie, Judith and Nora (the greats!) Kendall and Ty leapt off the pages and into our hearts.” ~ Amazon reviewer

Michelle Major grew up in Ohio but dreamed of living in the mountains. Soon after graduating with a degree in Journalism, she pointed her car west and settled in Colorado. Her life and house are filled with one great husband, two beautiful kids, a few furry pets and several well-behaved reptiles. She’s grateful to have found her passion writing stories with happy endings. Michelle loves to hear from her readers at www.michellemajor.com.