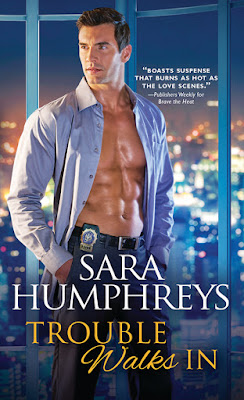 He could be the man to rescue her
Big city K-9 cop Ronan McGuire loves women, loves his dog, loves his job—but when old flame Maddy Morgan moves into his jurisdiction, he can’t think about anyone else. Ronan knows she’s way out of his league, but he’s determined to help Maddy live life to the fullest.

In more ways than one
With tragedy in her past, Maddy has immersed herself in work and swiftly made a name for herself in the hot New York City real estate market. She’s looking for safety, not love, but Ronan McGuire is as persistent as he is sexy, and his crooked smile is hard to resist. But all other concerns are wiped away when Maddy goes missing and Ronan and his bloodhound K-9 partner are tasked with finding her and bringing her home.

Ronan McGuire loved women, and until recently, he’d enjoyed a variety of them. All of that had changed when Maddy Morgan came roaring back into his life. The moment he’d laid eyes on her at his parent’s anniversary party last summer, it had been like a kick in the gut. She was as gorgeous as she’d been back in high school, and just as unattainable. As far as she’d been concerned, he had merely been the pesky brother of her best friend’s boyfriend.

Ronan would see her around town when he went home to visit over the years, but nothing had changed and she was still out of his reach. Maddy and Rick had been practically joined at the hip for years. Ronan was many things, but a home wrecker wasn’t one of them. Rick had been a good guy and he seemed to make Maddy happy, so that had been good enough for Ronan. He had never considered himself the jealous type, but every time he saw the two of them together, the green-eyed monster would rear its ugly head.

When had he first fallen for her? If he had to nail it down, it was when she punched out Billy Hollibrand in the school parking lot. Maddy was feisty—a take-no-shit kind of girl—and if you asked Ronan’s mother, that was exactly the type of woman he needed. Hollibrand had been the town bully, and when Maddy moved there in ninth grade, Billy made the mistake of trying to push her around. The jerkoff made fun of her curly hair and grabbed her ass. Two seconds later, the boy was on the ground nursing a bloody nose.

A smile curved Ronan’s lips at the memory.

“Yo, McGuire.” His captain’s voice pulled him from his daydreaming. “You awake over there?”

Bowser was lying in his bed next to Ronan’s desk, but he lifted his head and turned his brown eyes toward Ronan when the captain approached. If Ronan didn’t know better, he’d swear the dog was laughing at him.

“Wide awake, Cap.” Ronan adjusted his chair as Bowser settled his snout on his front paws again. “Can’t say the same for my partner.” 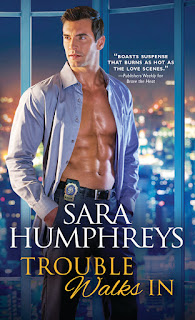 Bowser whined and made a snuffling sound before closing his eyes. Ronan couldn’t really blame the dog—he was pretty beat himself. They had gotten back-to-back calls from two departments upstate. Not all of the counties in the state had K-9s, so he and Bowser helped out when necessary, lending a hand—or a paw—as needed.

Both cases had been high-stress with even higher stakes.

Luckily the little girl who had wandered away from her family’s campsite was found safely, and so was the teenager who got separated from her friends on a hike. She must have been the only teen girl in the tristate area who didn’t have a damn cell phone attached to her. Needless to say, it had been long days and longer nights, but both searches ended with happy parents.

Captain Jenkins strolled over, hoisting his uniform pants over his belly. The guy might be out of shape and only a couple years from retirement, but he was one of the best cops Ronan had worked with. Jenkins and his partner, Saratoga, a sweet bloodhound with wide, caramel-colored eyes, were in-house most of the time these days. Saratoga was retired, but like all K-9s, she would live out the rest of her days with her partner and his family. In Jenkins’s case, that was only him.

“Why are you and Bowser here?” Jenkins settled his hands on his hips and pointed at Bowser just as Saratoga sidled over and lay down next to her friend. “You two have been goin’ nonstop for the past three days. You should have taken today off, and you know it.”
“No can do, Cap.” Ronan hit a few buttons on the keyboard and printed out his report from the last search. “My brother is getting married in a few weeks, and I’ll be out for a while. I’ll be using up the rest of my time for the year, and I can’t risk not being able to go because I didn’t do my paperwork. I’m the best man after all.”

“That you are, McGuire,” Jenkins said through a snort of laughter. “But all work and no play, and you’re gonna end up like me and Sara here. All we got is each other and this damn job. No wife, no kids. Just me and her.” He smiled at the aging bloodhound who currently had her head nestled on top of Bowser’s. “Ain’t that right, sweetie?”

The old girl whined in response but didn’t move.

“Seriously, McGuire,” Jenkins said, sitting in the chair in front of Ronan’s desk. “You coulda taken today, y’know. You sure as hell have enough time leftover.”

“Right. You always are.” Jenkins’s mouth set in a thin line. “How’s your friend? Didn’t you say that your girlfriend, that real estate agent lady, knew the Bowman woman they found by the river?”

“She’s not my girlfriend. Maddy’s just an old friend from back home.” Ronan went to the printer and grabbed the reports. “But yes, she knew Lucille Bowman, at least casually. Maddy’s a broker, and they ran in some of the same professional circles.”

“Well, tell your friend to watch her ass.”

Ronan stilled and carefully placed the reports on his desk. A knot of dread curled in his gut, and the serious expression on the captain’s face didn’t do anything to ease it.

“They think the murder was somehow connected to Lucille’s job?” Ronan let out a slow breath. “Shit.”

“Don’t know yet.” Jenkins folded his hands on top of his round belly. “All they know right now is she was supposed to show an apartment on the West Side—an open house or something—and she never made it. Hell, those real estate people have all their contact info online now. It’s easy to find someone and track ’em down, if you want to.”

“What are they thinking?” Ronan’s gut clenched. 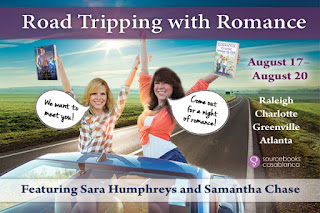 “Husband ain’t good for it,” Jenkins said. “His alibi is airtight. No affairs, financials are in order. Whoever did this knew her though—or at least knew where she was going. Hell, she obviously didn’t get dragged through the streets of the city kicking and screaming, so odds are that she knew the perp in some way. They’re still waiting on toxicology. You know that shit takes forever.”

“Damn it.” Ronan ran one hand over his face and sat in his chair. “Maddy is always doing those open houses. Not to mention the running around she does for individual appointments. She works her ass off. You’d think that her life depended on it.” He let out a slow sigh. “Hell, she lives and breathes it.”

“You’d know somethin’ about that. Wouldn’t ya?”

“It’s not the same thing, Cap. Those rich, fancy clients of hers freakin’ love her because she drops everything to get them what they need. The woman is nothing if not tenacious.”

“I guess that includes resisting your charms, eh, McGuire?” Jenkins laughed and wagged a finger at Ronan. “You like this broad, so don’t even try to deny it.”

“Yeah but you wanna be more than friends.” Jenkins raised his salt-and-pepper eyebrows. “You know how I can tell?”

“No.” Ronan stapled the reports and busied himself, trying not to let Jenkins know how right he was. “Enlighten me.”

“Ever since she came to town, you haven’t been out on a single date.” Jenkins hoisted his rotund form out of the chair with a groan. “And for a guy who seemed to have a different date almost every Saturday night for the past several years, that seems a bit odd. Don’t ya think?”

About the Author:
Sara Humphreys is the award winning author of the Amoveo Legend series. The third book in the series, UNTAMED, won two PRISM awards--Dark Paranormal and Best of the Best. The first two novels from her Dead in the City series have been nominated for the National Readers Choice Award. Sara was also a professional actress. Some of her television credits include, A&E Biography, Guiding Light, Another World, As the World Turns and Rescue Me.


She loves writing hot heroes and heroines with moxie but above all, Sara adores a satisfying happily-ever-after. She lives in New York with Mr. H., their four amazing sons, and two adorable pups. When she's not writing or hanging out with the men in her life, she can be found working out with Shaun T in her living room or chatting with readers on Facebook.