That’s Doctor Romance Novelist to You

I remember the first time I told one of my academic colleagues that I had written a romance novel and had an agent shopping it around for me. I thought he might faint. I also remember the first time I mentioned at a romance-novelist convention that I’m a college English professor in my day job. There was an audible gasp in the room. Both reactions surprised me, though they probably shouldn’t have. 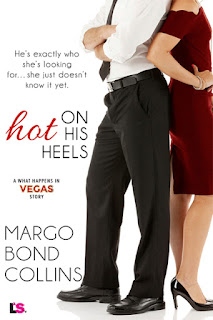 For some reason, there is a common misperception that people who read and write literary fiction couldn’t possibly also enjoy reading and writing romance. And there are certainly some academics who are convinced of the inferiority of romance fiction, along with some romance readers who have no interest in works of traditional literature.

But what members of both of those camps often seem to forget is that much—I might even go so far as to even say most—“literature” began its existence not as some kind of high literary art, but as popular fiction.  The Iliad and The Odyssey are both oral formulaic poetry, designed to be sung by bards as entertainment. Dante’s Inferno and Chaucer’s Canterbury Tales were both written in the vernacular—the common language of their authors, instead of “literary” Latin. Shakespeare’s plays were popular entertainment (not even meant to be read at all!). Dickens wrote serials.

So, yes. I have a Ph.D. in eighteenth-century British literature. I have read an awful lot of “literature.”  But I wrote my dissertation on amatory fiction—the eighteenth-century British version of romance novels.  I’ve been a romance lover from way back.  And in my journey as a romance novelist, I’ve met more Ph.D.-holding authors than you might expect. We’re everywhere. So don’t be surprised when you see us!

In my latest release, Sadie Quinn is a literature Ph.D. working on her first big academic book—about the value of romance fiction. She needs only one more interview to make it perfect. Little does she know, she’s about to find love along the way.

He couldn’t take his eyes off her. He found himself flicking glances her direction every few moments.

Now they were discussing him.

Or rather, his alter ego, Jocelyn Dellarivier.

“Maybe she left and that’s why these seats are empty,” the blonde said.

“But the tweet says she’s here for the opening presentation,” the tiny brunette responded. “I have to find her.”

He tamped down the chuckle that threatened to escape from his mouth. The last thing he needed was to bring attention to himself.

Jocelyn also had a reputation for being the most reclusive editor in the business.
Unfortunately, Kamille Stone, his boss and the publisher of Intertwined, had made him promise to tweet throughout the conference.

“I’m going incognito,” he said when Kamille first brought it up.

“You always go incognito.” She shoved a long, reddish-blond lock of hair back behind one ear. “That doesn’t mean you can’t participate in social media.”

“I can’t believe I let you talk me into signing up for that damned account,” he grumbled.
“Someone is bound to catch on to our little scam eventually, and you know I can’t afford that.”

“You mean your brother can’t afford it.” Kamille’s glance was pointed.

He shrugged. “Same thing, really. Family’s everything. You know that. I promised Ian I’d keep my job secret. Having a brother who edits erotica could potentially sink his campaign.”

“It’s the twenty-first century. Who cares about that kind of thing anymore?” Holding her hands up, she warded off his next comment. “No, no. I get it. Your brother’s a neoconservative with a campaign that teeters on the brink of extinction and could be wiped out if his constituents found out he knows about sex.”

With a shake of his head and a rueful grin, Jake stood up from his seat in the conference room. “As long as we keep who I really am a secret, I don’t care what you think about Ian’s politics.”

“If you keep up the amazing job you’re doing with our authors, you know I’ll take your secret to the grave.” She paused, then flashed a smile at him. “We’ll do our usual while we’re at the conference next week—you pose as my assistant and hang around in the background while you scope out the new talent. As long as you keep up a running stream of commentary on your Jocelyn Twitter feed while we’re there.”

He’d been right, too. His very first tweet, and already some crazy fans had tracked him down.

Glancing over at the two women next to him, he peered at their name tags. Amelia Lockhart and Sadie Quinn.

It had been a mistake to include a picture in the tweet. Even if it was only a shot of the auditorium.

Anyway, since when did editors have fans?

He sighed. Ever since Janie Gooding’s The Bedroom Bargain had shot to the top of the erotica charts, bringing Intertwined Press to the public’s attention as the latest up-and-coming romance publisher. That’s when. Everyone involved in the project had gotten more attention than they’d ever expected. Including him, though he’d managed to hide from the public eye by maintaining his editorial pen name.

And he would keep his cover, too. He had let down his family once before. It wouldn’t happen again.

That meant he was going to have to steer clear of the tiny woman in front of him.

Even if he suspected there might be an angel under those hideous clothes.

Four days. That’s how long he would be in Vegas.

He could avoid one gorgeous miniature stalker for four days. 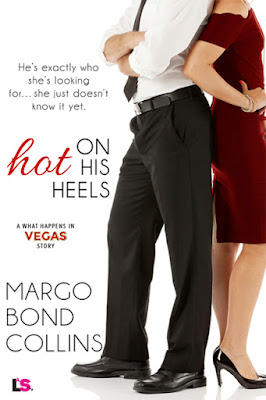 HOT ON HIS HEELS

Sadie Quinn is at the romance readers’ convention for one reason only: to find editor Jocelyn Dellarivier. Which she could do if she didn’t keep running into the most frustrating, gorgeous man ever. To make matters worse, she just won a contest and a date with him is the prize.

Jake Blaine could kill his boss for rigging the contest, but now he’s face to face with the one woman who could expose his alter ego. He’s not about to leave, but he can’t tell Sadie he’s the editor she’s looking for. But even though he’s playing with fire, Jake can’t seem to stay away. And after a night with the raven-haired beauty, he’s not sure he wants to...

About the Author:
Margo Bond Collins writes urban fantasy, contemporary romance, and paranormal mystery. She lives in Texas with her daughter and several spoiled pets. Although writing fiction is her first love, she also teaches college-level English courses online. She enjoys reading romance and paranormal fiction of any genre and spends most of her free time daydreaming about heroes, monsters, cowboys, and villains, and the strong women who love them—and sometimes fight them.