Congratulations to "Bn100", the winner in A.J.'s giveaway. Thank you to all who participated! 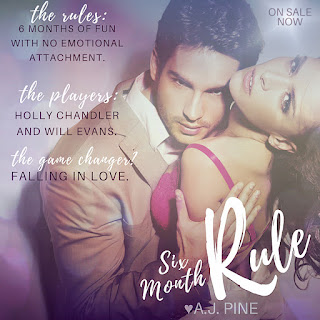 Holly’s eyes trailed from the soft, black leather loafer to the cuff of the slate-colored pants expertly cut to fit these legs only. Then there was the jacket and vest, buttoned snug over a lean, taut torso. Holly thanked the stars for perfectly tailored suits. And vests. What was it about a man in a vest?

Her head shot up to see the words directed at an older woman who depressed the door-open button. The voice was deep and buttercream smooth. And was that…an English accent?

Her ovaries might have gone supernova, but she could hold it together for one more floor. Holly Chandler wasn’t a girl to lose it in an elevator, no matter how much those two words, spoken in that voice, with that accent, melted her insides.

When the circle of light lit up number five, Holly let out a long breath. The doors opened, and she exited with all the other folks who were on their way to a caffeine
boost. As she did, she caught Mr. Ferragamo checking out her four-inch peep-toe booties, and a surge of confidence jolted her back to the Holly she knew she was.

“Like what you see?” she asked, stopping to glance down the length of her own legs to where his eyes still rested. This brought his head up with a snap, and a dark wave tumbled
onto his forehead before he finger-combed it back into place.

He cleared his throat. “You pull off last season’s design well enough, but I’d have gone for the red,” he said, and those words, despite the velvet ribbon they were tied up in, pieced her insides right back together.

Holly brushed past him, ovaries once again intact.

“Ass,” she muttered, and then let the promise of a hazelnut double pump patch the tiny puncture in her bubble. Of course she could pull off last season’s design. She could rock the hell out of last season’s freaking design, because all she could afford right now were the free samples. But in less than an hour that would all change. The first thing she’d buy with her new salary would be next season’s Jimmy Choos. But they sure as hell would not be red. 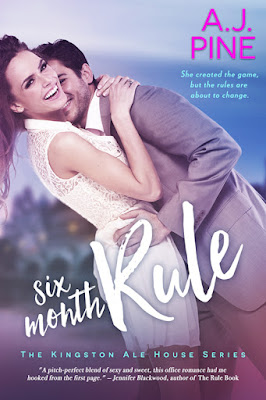 Taurus: Hold fast to your single-minded nature today—no matter how long her legs or how lush her red lips.
Gemini: You were a shining star last night, but reality can be a real—well, you get the picture. Just remember: Tall, dark, and British equals no corner office for you.
Will Evans never wanted a reason to stay.
Holly Chandler wants nothing more than for him to go.
But neither one is prepared for what can happen in six months. Because it doesn't matter what you want when what you need walks out the door.

Holly’s been busting her butt to make partner at Trousseau, and there’s no way she’s going to let some stuck-up British arsehole get in her way—no matter how drop-dead gorgeous he is. But that doesn’t mean she can’t have a little fun in the process. She has a six-month rule: date just long enough for the honeymoon phase to wear off, then walk away before anyone gets hurt. If they both know the rules up front, walking away will be a piece of cake. Or maybe not…
Amazon | Entangled | Goodreads | Barnes and Noble | iTunes | Kobo

About A.J. Pine:
AJ Pine writes stories to break readers’ hearts, but don’t worry—authorshe’ll mend them with a happily ever after. As an English teacher and a librarian, AJ has always surrounded herself with books. All her favorites have one big commonality–romance. Naturally, the books she writes have the same. When she’s not writing, she’s of course reading. Then there’s online shopping (everything from groceries to shoes). And a tiny bit of TV where she nourishes her undying love of vampires, superheroes, and a certain high-functioning sociopath detective. You’ll also find her hanging with her family in the Chicago ‘burbs. AJ is represented by Courtney Miller-Callihan of Handspun Literary.