Love in the Fast Lane 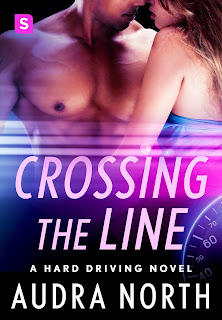 Am I describing an athlete about to go into a competition, or a person in love?

It actually works for both. The high-energy action of some sports and the excitement of attraction and romance often produce similar effects, which is why they work so well together. Fast-paced competitive sports help to amplify romantic feelings and make a couple’s journey together all the more intense.

There’s also an element of competitiveness that can transfer over from sports to the world of relationships. No matter what the sport, every player wants to win. Eye on the prize, with no room for loss. Romance might not be quite a sport, but no one likes to lose in love, either. Having a sports figure as a main character and the playing field as a backdrop provides a way of framing the relationship in parallel steps, and the more intense the action during the competition, the more intense the romance can feel.

In Crossing the Line, the hero, Ty Riggs, is one of the top race car drivers in the sport. Talk about fast-paced! He goes from zero to two hundred miles an hour in a matter of seconds on the track, and his relationship with Cori Bellowes, the sports journalist who catches his eye, is no different. The excitement and thrills are a lot greater at that speed, but so is the risk for getting into a really dangerous situation! Eventually, Ty and Cori run into a pretty serious obstacle that could make or break their relationship… and neither wants to lose.

There’s something to be said for the amplified emotions and fast-paced romance that are unique to stories featuring characters who compete in high-intensity sports… but in the end, a relationship with a sports figure still has to be strong enough to weather the low-key, low-intensity days as much as the exciting, action-packed ones. After all, winning at love is the ultimate prize. 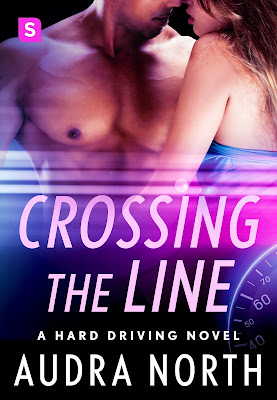 Synopsis:
He wanted her the first time he saw her. It didn't matter that he was on stage in front of a room full of reporters, or that his publicist was telling him to move on, or that she was asking him a question about racing. One look at her "just been bedded" hair — completely at odds with her deliciously prim appearance — and Ty Riggs is hooked.

Corrine Bellows is one of the woefully few women in a male profession: sports reporting. In a field where "Hey, sweetheart, can you fetch me a cup of copy" is part of her job description, she's determined to keep things professional. And while interviewing Ty Riggs, the hottest new driver on and off the track, is a major scoop, Corrine knows that she is in major trouble when it becomes clear that Ty wants so much more and is determined to get it. As things heat up between them, Corrine finds herself on shakier ground. Her big secret just may destroy everything.

Author Bio:
Audra North is a contemporary romance author of more than twenty romances, including the Stanton Family series from Entangled Publishing, the Hard Driving series from St. Martin’s Press, and the Pushing the Boundaries series from Samhain Publishing. She is the owner and publisher of Pink Kayak Press, which focuses on the publication of diverse romance works. Winter Rain, a Pink Kayak Press anthology, won a gold medal in the 2015 Independent Publisher Awards.

Audra enjoys speaking to writing groups and at industry conferences. She is also an avid jogger and loves running marathons. She has three children and lives with her family outside of Boston.