Yeah, we all read for the fantasy and the OMG MAYBE THIS WILL HAPPEN TO ME escapism, but eventually we’ll have to put down the books (unless that’s just an unfortunate rumor that’s been getting around) and face real life. And, YOU GUYS, that’s just so much sweeter when our real world heroes have moves like these. Gentlemen, listen up!

1. Do something gooey. Daily. Tell her you heard a song and it made you think of her. Just choose carefully. “Good Bye Earl” is not going to be your go-to selection.

2. Be delightfully honest. Not so much in the yes-that-dress-makes-your-butt-look-big kind of way—although, yeah, go for it—but very much in the vein of OF COURSE I WASN’T LISTENING BECAUSE YOU LOOK AMAZING AND I CAN’T BELIEVE YOU’RE MINE.

3. Small gestures are huge. For example, hand-picked (versus store-bought) flowers are amazing. (Getting thrown out of the local botanical gardens – or a nearby Wal-mart garden center – not so much.) 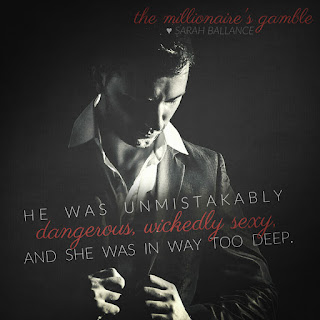 5. Be crazy. Not run around your yard in your underwear crazy (unless that works for her), but that kind of falling in love feeling that makes you crave every single moment together. Because there is nothing more heroic than loving like crazy.

Now, for those of you who crave a little something fierce, I hope you’ll sneak a peek at THE MILLIONAIRE’S GAMBLE. You can read the entire first chapter for free at Entangled Publishing (http://www.entangledpublishing.com/the-millionaires-gamble/), and if you’d like to get to know Jagger’s cousin, Knox, from THE MARRIAGE AGENDA (http://www.entangledpublishing.com/the-marriage-agenda/) I’m giving away a signed paperback, so be sure to enter via Rafflecopter to win! 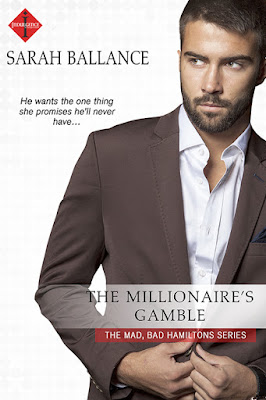 Wealth has a price. Everyone wants something from you. For one woman, that something was my DNA. One minute, she was kissing me like we were going to strip it down and go
at it. And the next, she was ripping out my hair for a paternity test—and
threatening to torpedo my latest deal. I don't play these kind of games. And that damnably sexy woman with the alluring eyes and mistaken agenda is about to learn that the hard way…

Millionaire scion Jagger Hamilton didn't father Kennedy Price's nephew.
That doesn't mean he can't use the situation to his advantage. She wants
him to take a paternity test. He wants her in his bed.

She's blackmailing him, and she's playing dirty. He could try to use the
famous Hamilton charm to turn her into a powerful ally… But she makes him feel… Way. Too. Much.

Kennedy Price isn't asking much. Just for the powerful, sinfully hot, and
notorious playboy to be a decent human being. But he's used to using that
filthy, sensual mouth for getting what he wants.

And he wants her.

She’s determined not to fall for him. But there's no avoiding his charisma,
or his bed, where she threatens to lose more than the standoff between them. She just might lose her heart.

Sarah and her husband of what he calls “many long, long years” live on the mid-Atlantic coast with their six young children, all of whom are perfectly adorable when they’re asleep. She never dreamed of becoming an author, but as a homeschooling mom, she often jokes she writes fiction because if she wants anyone to listen to her, she has to make them up. As it turns out, her characters aren’t much better than the kids, but nevertheless, you’ll find her writing sexy contemporary romance for Entangled Publishing until they throw her out. To learn more, visit http://sarahballance.com.