His Heart’s Revenge is a male/male category romance featuring two CEOs warring over a huge client. The catch is that these guys have a past: one broke the other’s heart at summer camp years ago when they were kids. So for each of them, winning this client isn’t just business, it’s personal—very personal. 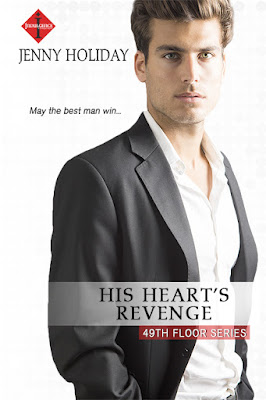 Twenty years ago, I was too smart and too poor to be cool. Now I’m laughing my way to the bank—the bank I’m CEO of. Nothing can touch me.

We met at summer camp. We made out under the stars. Then he stabbed me in the back.

They say revenge is a dish best served cold. But I’m gonna go with hot.

Alexander Evangelista is a millionaire with all the trappings: houses all over the world and hot guys lined up whenever he’s in need of some no-strings-attached company. He's on his way to world domination.

A CEO in his own right, Cary Bell is competing for a major client with his boyhood crush. He’s never forgiven himself for betraying Alex. But with his professional reputation on the line, he’s going to have to find his inner cutthroat if he wants his new company to succeed.

Alex isn’t about to let his nemesis steal a client out from under him. It’s time to break Cary’s company—and his heart.

Excerpt
Cary still remembered the surprising softness of Alex’s lips. That single kiss had stayed with him. Sometimes he feared that it had marked him somehow, because although he’d had plenty of great sex, he’d never been able to recapture that butterflies-in-the-stomach feeling Alex had given him at summer camp. He would try, and sure, the first rush of a new relationship was always fun, but ultimately, he could never make himself stay interested for very long. Hell, that summer of crushing on Alex had, in some ways, been his longest relationship.

He wondered if Alex’s lips would still be as gentle as they had been back then. Somehow, he thought not. 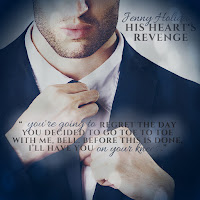 Cary’s reverie was interrupted by another round of applause and a server bearing the first course. Alex moved slightly closer to Cary as if to make room for her to place a salad in front of the woman seated on his other side, but just as Cary was about to move, too, to keep a consistent amount of distance between them, Alex leaned in even more, his lips so close to Cary’s ear that he could feel the heat of the other man’s breath.

“I’ve been thinking about you,” he whispered.

It was like a jackhammer had taken up residence in Cary’s chest in place of his heart and someone had just flipped the lever to turn it on. “Oh?” he said, raising his eyebrows and praying that Alex, who hadn’t withdrawn even an inch, wouldn’t see the frantic pounding of his pulse in his throat.

“I don’t think you should drop out of the competition for the Liu account.”

Well, this was an unexpected development. But what he had thought? That Alex had been thinking of him in any other way? Of course he hadn’t.

“Because what fun would that be, really?” Alex continued. “Winning by forfeit wouldn’t be nearly as much fun as watching you jump though all those hoops and then destroying you.”

Jenny Holiday started writing at age nine when her fourth grade teacher gave her a notebook and told her to start writing stories. That first batch featured mass murderers on the loose, alien invasions, and hauntings. From then on, she was always writing, often in her diary, where she liked to decorate declarations of existential angst with nail polish teardrops. Later, she channeled her penchant for scribbling into a more useful format, picking up a PhD in geography and then working in PR. Eventually, she figured out that happy endings were more fun than alien invasions. You can follow her on twitter at @jennyholi or visit her on the web at jennyholiday.com.