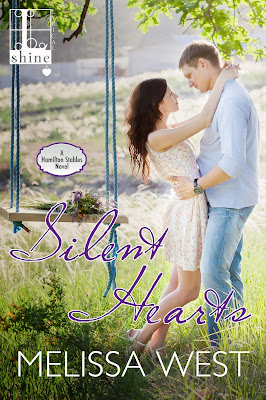 Nick Hamilton has always known he’d take the reins of the family business when his father died, but that doesn’t make it any easier when the time comes. Especially with his two siblings tempted by a shrewd offer from a huge corporation to buy Hamilton Industries. Needing advice, Nick turns to his sensible childhood friend, Becca Stark—and finds her suddenly grown-up beauty ignites brand-new confusion, and crystal clear desire…


Becca has loved Nick for as far back as she can remember, but she decided long ago that telling him would be a mistake. Stubborn, strong Nick doesn’t see her as anything but the tomboy she used to be—or does he? As she helps him untangle his feelings about the ranch’s future, the familiar bond between them heats into an explosive attraction—and the kind of love that just might take the lead…

Once dressed, Becca let her damp hair down around her shoulders, hoping it would help keep her cool, and then, when that did no good and she still felt like she might spontaneously combust, she walked into her kitchen and popped open her trusty freezer, then closed her eyes as the cool air hit her skin. 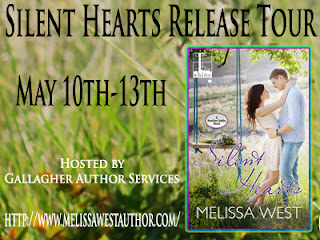 An all-too-familiar chuckle hit her ears and she glanced over quickly before resuming her position in front of the freezer, frozen steaks be damned.

“You know, Bec, you could just run your A/C like a normal person.” Nick closed her front door. “And lock your damn door. I could be a serial killer or something.”

Becca peeked one eye open at him. “Are you?”

“I sense a story there.”

She closed her eyes again and ordered her heart to ignore the man before her, to slow down. It was running away like a crazy thing in her chest, doing nothing more than elevating her temperature, and she was already hot enough.

“Isn’t there always a story these days? But before we go there, what's up with the freezer treatment?”

“It was insane at the diner today, the kitchen running wild and burning me up. I tried to cool off on the ride home with the windows down and all, but it's still so dang hot outside, so all the windows let in was more hot air. Then I tried to take a cold shower, but you know I'm a chicken and couldn't manage it. So now I'm here.”

Nick walked by her, his arm grazing her back in a quick hello, and Becca clenched her eyes shut as a tingly feeling worked through her from the spot he'd touched, out through the rest of her, until she was a buzzing, numb mess. Like always around her best friend. By now she would have expected her body to become immune to Nick, but after more than twenty years, instead of her wanting him less, she wanted him more. It was pathetic and ridiculous, and did she mention pathetic? But there it was.

He opened the fridge side, pulled out a beer, and closed it, then sat down on one of the barstools. “You know you have A/C in your car, too, right?”

“So, King Hamilton, I'm not in the habit of wasting money by using extra of anything.”

At the insult, Nick's eyes dropped to his beer, and she felt like crap. “I'm sorry.”

A smile played at his lips as his eyes slowly slipped down her body and then back up, sending a fresh wave of sparks and silly hope working through her. “Yes, yes, you are.”

Melissa West bio:
Melissa West writes heartfelt Southern romance and teen sci-fi romance, all with lots of kissing. Because who doesn't like kissing? She lives outside of Atlanta, GA with her husband and two daughters and spends most of her time writing, reading, or fueling her coffee addiction.

Connect with Melissa at www.melissawestauthor.com