Congratulations to "Bube", the winner in Julie's giveaway. Thank you to all who participated! 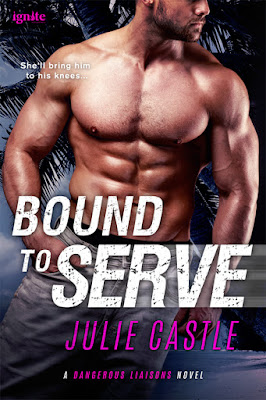 Excerpt from Bound To Serve

She sat up straighter and tensed at the edgy vibes the Director was giving off. But there was something else setting off her internal early warning system. The nerd in her stayed cool, while the brand spanking new field agent part of her went on red alert. She was being watched, scrutinized by more than the standard security devices. There were eyes on her. She could feel it—

All her nerve endings tingling, she turned around…and froze when she saw who was waiting inside Frost’s inner chamber. The director had left the door to his war room open, maybe on purpose, and a certain ghost agent sat inside, tucked deep enough back that he’d been out of her sight line when she’d entered the room. Her gaze collided with a hostile dark one, and all her carefully suppressed hormones went haywire.

His code name beat like a drum in her mind as her eyes locked with the disreputable ghost agent’s compelling brown ones. Lounged in an armchair in the corner, he watched her closely, visually tracking her like the legendary predator he was. 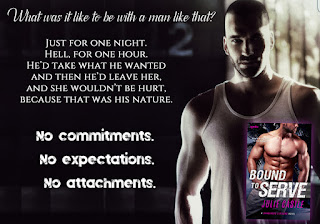 Stories abounded about the cold as ice agent. Nothing touched him. Certainly no woman on staff, even though plenty had tried. Hell, after the disaster with James, she’d kind of tried to follow his non-fraternization example. His thick dark hair curled over the collar of his black leather motorcycle jacket, and his square jaw was covered with stubble. He looked like he’d just come off the road. And to be honest, he probably had. Ghosts didn’t put down roots. Ever.

What was it like to be with a man like that? Just for one night. Hell, for one hour. He’d take what he wanted and then he’d leave her, and she wouldn’t be hurt, because that was his nature. No commitments. No expectations. No attachments.

I’m author Julie Castle. I’m a natural born romantic with a modicum of artistic talent that I inherited from my mom and a love for telling tall tales that I got from my dad. I guess that set me up for being a starving artist, the biggest fibber in the world, or a romance author. I’m so glad that I chose the latter.

I've always had a love affair with the written word. As a child growing up in a small town I loved visiting the local library, a converted gilded age mansion, and getting lost between the pages of a book. The drafty old mansion could be a spooky place but I still loved it. I enjoyed poking into behind the scenes areas I wasn't supposed to venture into. I'm still the same way which is why I love writing romance with an edge, paranormal, suspenseful, super sexy, or just laugh your pants off funny I hope you'll find it in my books. 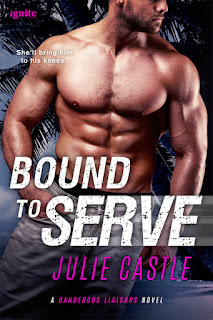 New Delta Star field agent Bridget Jamison is obsessed with capturing Simon Perez, the elusive terrorist responsible for her ex-fiancé's death. When the Delta Star director hands the case over to Condor, a mesmerizing ghost agent who has the power to make her weak in the knees with one intense look, Bridget agrees to be Condor's partner so that she's not dropped from the case and her chance for justice.

Now they’re on a mission to infiltrate a dangerous criminal organization and capture Perez. It’s up to Condor to keep this beautiful, determined agent out of harm’s way, and to keep their explosive passion contained long enough not to risk their cover…and their lives.

Giveaway:
Julie will be giving away a $20 Amazon gift card to one lucky person leaving a comment or email entry!

Giveaway ends 11:59pm EST May 31st. Please supply your email in the post. You may use spaces or full text for security. (ex. jsmith at gmail dot com) If you do not wish to supply your email, or have trouble posting, please email maureen@JustContemporaryRomance.com with a subject title of JCR GIVEAWAY to be entered in the current giveaway.
Posted by Maureen A. Miller at 12:30 AM