To my big surprise, I often find that while I’m getting to know my characters, they’ll turn out to have some kind of quirky passion or talent that I never expected. For example, Kirin in Dishing up Desire collects salt and pepper shakers and Fleur in Last Chance Proposal is an expert cupcake maker. When I was writing Erin, the heroine in my latest book, The Wedding Wager, I found out that she collected mermaids. 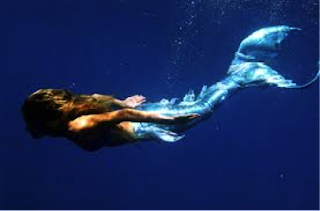 She has wall plaques and statues, letter openers and tie pins – and in the course of the novel she’s gifted two of the most beautiful mermaid’s she’s ever seen. 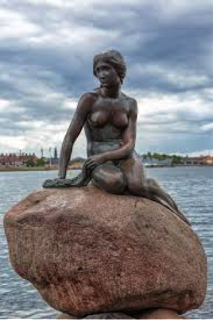 The interesting thing, though, is that no one but her sister Faith knows about Erin’s collection - that is until she meets Nick Katsalos and he turns her world upside down. The thing is that she’s used to being strong and independent like those willowy women of the deep and she has to decide if she’ll have to give up too much of the real her – just like her mermaids would - to be with the man who makes her eyes shine.

How about you? Are  you a collector? A secret mermaid lover? 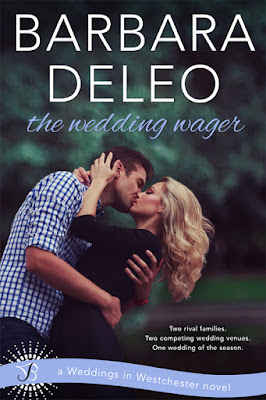 Nick Katsalos has a foolproof plan to save his parents' floundering wedding venue. The last thing he expects is for Erin O'Malley, the captivating daughter of his parents' biggest rival, to waltz in and charm the client who could finally get the family business back on track. Nick would be furious--if only he could stop thinking about her.

When Erin and Nick enter into a wager to determine who will win the contract she prepares for the worst...and is surprised by the glimpses of warmth she sees in the man behind the numbers. But Erin isn't about to forfeit what could be the biggest wedding of the decade to a man as cold as Nick. Especially since securing it means she could finally prove to her father she's just as capable of handling the family business as him.

But as the competition heats up, Erin and Nick must decide what's more important—winning or love.

Barbara DeLeo’s first book, co-written with her best friend, was a story about beauty queens in space. She was eleven, and the sole, handwritten copy was lost years ago, much to everyone’s relief. It’s some small miracle that she kept the faith and is now living her dream of writing sparkling contemporary romance with unforgettable characters.

After completing degrees in Psychology and English then travelling the world, Barbara married her winemaker hero and had two sets of twins.

She still loves telling stories about finding love in all the wrong places, with not a beauty queen or spaceship in sight.
Website: http://barbaradeleo.com/
Twitter: https://twitter.com/BarbDeLeo
Facebook: https://www.facebook.com/BarbaraDeleoAuthor/