In this second-chance romance, a former top men’s figure skating champion is willing to risk everything for a comeback – except a new start with his long lost love…Check out GETTING IT BACK by Elizabeth Harmon… 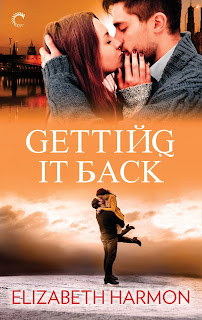 Synopsis:
An unexpected phone call from the man who broke her heart offers Amy Shepherd an opportunity to return to the work she loves, training elite figure skaters. Except it’s just one figure skater: Him. Can she finally forgive and forget?

Figure skater Mikhail “Misha” Zaikov once had it all: medals, money and the adoration of millions. But a devastating injury put an end to his career and his romance, leaving him with nothing but regret over what could have been. His last chance to re-join the world’s top skaters is now. And there’s only one person who can help him: Her.

On Russia’s unyielding ice, Misha must reclaim what he's lost while facing off against a talented young rival and risking further injury. But Amy soon discovers Misha's much bigger challenges lurk off the ice. And she's determined to keep Misha whole and healthy, even if doing so ends his shot at the gold.

Other Books in the Red Hot Russians Series 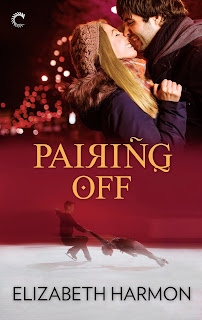 American figure skater Carrie Parker's Winter Games dreams were dashed when her philandering partner caused one of the greatest scandals in skating history. Blacklisted from competing in the United States, her career is over…until she receives a mysterious invitation and is paired with the most infuriating, talented—and handsome—skater she's ever met.

Russian champion Anton Belikov knows sacrifice. He gave up a normal life and any hope of a meaningful relationship to pursue his dream. And he's come close—with a silver medal already under his belt, the next stop is the gold. All he needs is a partner. While he's never forgotten the young American skater he seduced one long-ago night in Amsterdam, he never expected to be confronted with their past…never mind share the ice with her.

When what starts as a publicity stunt grows into something real, Carrie and Anton's partnership will test their loyalties to family, country and each other. With only a few months to train for the competition of a lifetime, can they master technique and their emotions, or will they lose their footing and fall victim to the heartaches of their pasts? 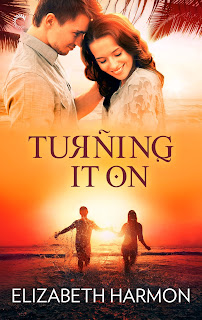 Book editor Hannah Levinson couldn't be happier. This "Nice Jewish Girl" is ready to marry the man she's longed after for half her life. When her fiancé suggests they audition for Last Fling, a steamy new reality show for engaged couples, she lets herself be swayed. Maybe she'll learn a thing or two.

Vlad Shustov's fall from a once-bright career as a competitive figure skater was swift. Now trapped by a shameful past and an uncertain future, "Vlad the Bad" strips for cash. Joining the cast of Last Fling could earn him a fortune—or at least enough to finally leave stripping. But to win the show's prize, he must seduce an engaged woman, something he can't even bear the thought of.

Hannah's not like any woman Vlad's met before. Betrayed by the man she thought she loved and relegated to the ugly-duckling role she'd worked so hard to shed, can she trust there's more to Vlad than meets the eye? With sleazy TV tactics shattering the last shreds of the contestants' confidence, they'll have to believe true happiness is not only possible...it may be looking right at them.

Author Bio:
Quirky settings. Loveable, if imperfect heroines. Gorgeous men with hearts of gold. Contemporary romance author Elizabeth Harmon loves them all.
A graduate of the University of Illinois, she has worked in advertising, community journalism and as a freelance magazine writer. She feels incredibly blessed to have a career that allows her to spend her days imagining “what if?” and a loving family that keeps her grounded in the real world.

An adventurous cook, vintage home enthusiast, occasional actress, and entry-level figure skater, Elizabeth makes her home in the Midwest, where life is good, but the sports teams aren’t. She loves to hang out on her front porch, or at her favorite local establishments, enjoy good food and wine, and talk writing with anyone who will listen.