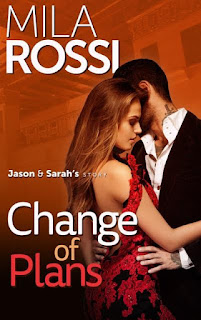 When I started writing books, I didn’t realize how much work it would be to design the covers. I was so worried about writing the stories, that it didn’t even occur to me to put as much effort into designing their look or face. Once I started working with a graphic designer, I became overwhelmed by the questions he asked me. Who was my target audience? What mood was I going for? Did I have colors or font in mind? Had I done my market research and seen what sold well? Who were my competitors? My jaw dropped, then I went to work. I came up with a mood board, as my designer suggested, and we picked colors, fonts, images and layouts. Six books later, I know what the process is like and I enjoy coming up with a new cover.

When the designer asked what feel I wanted the covers to have, I immediately thought of sexy and fun, just as I like to think of my stories. That’s not to say that I write bubble gum stories, but I write feel good books and want my covers to reflect that. I don’t think dark covers would be right for my books, and neither would pictures of a lone, hot alpha male waiting for the right gal to fall into his arms. My stories are about people who are sensual and caring, and I try to create covers that give you that feeling.

I also don’t have the same type of couple on each cover. Some are making out more than others, and that depends on the type of story it is. Just like in real life, there are couples who are more sweet and caring, then there are those who are firecrackers in bed. Choosing one type of image for every one of my stories would be a misrepresentation, and I’d rather not give the reader the wrong idea. When you look at my covers, you get an accurate feel of what type of relationship that couple is involved in.

Having said all that, I pick up books based on sexy guys or a hot and heavy couple just like the next reader. What kind of covers are you drawn to? 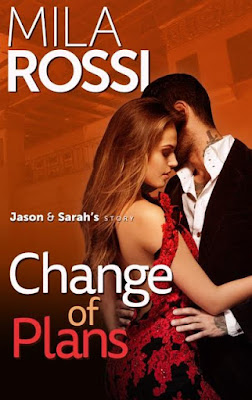 Sarah Thompson is a twenty-five year old girl on a mission: go to her friend’s office party, find an attractive guy and lose her virginity. When she meets rough and rugged Jason Hendricks, she knows she’s found her one-night-stand.

Jason knows about MMA fights and boxing. He doesn’t know jack about virgins and wants to keep it that way. When Sarah turns out to be just that instead of the experienced vixen she led him to believe, he’s in for the shock of his life.

Trying to move on from their disastrous night is easier said than done, as Jason’s guilty conscience can’t let the sweet, brown-eyed girl go. Determined to show her a good time, he tries to convince her that a redo of their time together is a must. Sarah is tempted, but can she stick to her promise and give in only to lust, or will she fall for the brooding fighter?

Excerpt:
“What the hell are you doing here?” she asked annoyed.

He was leaning his forearm against the doorframe for support, which he obviously needed.
“You’re drunk,” she said, before he had the chance to answer.

He tried to stand still, but seemed to have trouble with his balance. “Not really,” he said, squinting at her. “Just had a few beers.”

She leaned forward to have a closer look at his face. “Are you hurt?”

“Nah,” he got out and almost fell to the ground.

She grabbed his arm to steady him and helped him inside.

“You’re limping,” she noted concerned, wrapping an arm around his waist. “What happened?”

He leaned against her, making her cave under pressure. He was heavier than she’d thought.

“Bar fight,” he mumbled under his breath.

“You’ve got to be kidding me.”

They made their way clumsily to the couch where he collapsed in a drunken heap after she released her hold on him.

“Hold on, I’ll get a washcloth,” she said, going to the bathroom and coming back with a wet cloth.

She knelt beside him and told him to lie down. Thankfully he obeyed and she wiped the dried blood from his mouth.

“That feels good,” he said, closing his eyes.

“I bet it does.” She looked him over from head to toe, checking for other injuries, but there wasn’t blood anywhere else, so she focused on his face again.

“Was it worth it?” she asked irritated. What was he doing getting into a fight again?
“Absolutely,” he said, grinning.

She shook her head. “Haven’t you had enough fighting?”

He ran a hand over his face. “I’m a fighter, baby. It’s never enough.”

She grunted and rubbed his entire face with the wet cloth. He protested at the none too gentle treatment.

“You have to stop,” she said with a frown. “You’re not a hormonal teenager anymore. Beating people up won’t get you anywhere.”

“Sure it does. It almost got me into the octagon,” he replied.

He turned his head to scowl at her. “And you stop acting like…you.”

“What’s that supposed to mean?” she shot back incensed.

He grabbed her and pulled her in for a kiss. She tasted the alcohol on him and wasn’t the least bit amused. She tore herself away with some effort.

“It means that you confuse the shit out of me,” he replied as though the kiss hadn’t just happened. “One minute you lead me on, the next you blow me off. I don’t know what to make of you.”

She leaned back on her knees and set the wash cloth on the coffee table. He was right on that account; she did seem to be indecisive when it came to him. She was confused. She wanted him, but getting involved would only be a distraction for her. She had her entire life mapped out and Jason wasn’t part of that plan.

“What hurts?” she asked, needing to distract them both.

He bent his knee a few times. “My knee is killing me.”

That she could address with some pain medication, but having him take any kind of pills with all that alcohol in his system was probably not good.

“You’ll have to wait until the morning before you can take a pain reliever. You’re drunk and shouldn’t be mixing medicine with alcohol.”

He closed his eyes and grumbled. “Thanks. I’ll be suffering for the rest of the night.”

“You should have thought of that before you got into a fight.”

“Of course you did. And as a trainer, aren’t you supposed to be the rational and sane person? The one who doesn’t lose his cool and stays in control?” she wanted to know.

“Baby, since meeting you, I lost all control.”

The words gave her butterflies in her stomach. “Is that supposed to be a compliment?”
He shook his head, then squeezed his eyes shut while holding his head as if to keep the room from spinning.

“That’s not what I had in mind,” she grumbled.

“I need you. Let’s make love again and all this craziness will go away.”

Now it was her turn to smile. “Oh really?”

Author Bio:
Mila Rossi is a contemporary romance author. She creates heroines who don't back down, stand up for themselves and insist on freedom and independence until the right man comes along. Then all rules are thrown out the window. The heroes must be clever, generous and able to throw a girl over their shoulder.

Mila has seen the world and loves to write about it. She also loves to paint vintage anime characters, belly dance, try new foods and perfect her archery skills. She wishes she could partake in extreme sports but only allows her characters to tempt fate. Her own chances of causing disasters are just too high.