Walk on the Wild Side

I was never one of those “wild” girls. I wanted to be. I wanted to be outgoing and crazy and fun. But I was always too afraid of getting in trouble. Probably because I always did. My brother – he’d ditch school constantly to go surfing or just hang with his friends. And most of the time he’d get away with it. He’d just smile his charming smile at the attendance lady and get the slip he needed to get back into class.

Me? I was the unluckiest chick on the planet. I broke the rules a grand total of two times. And got caught both times. I once ditched a few periods to take a nap at my boyfriend’s house (we’d gone to a concert the night before and were exhausted). My mom’s friend saw me going into his house and called her. The second time, my brother saw me climbing out of the car of a bunch of friends who were smoking. I wasn’t smoking. But they were, he didn’t like that I was hanging around with them, and the little rat tattled on me. 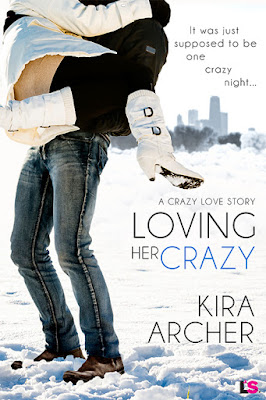 So, writing a character like Iris in Loving Her Crazy was a lot of fun for me. She’s everything I’m not. Spontaneous. Outgoing. A little wild and crazy. A seize the moment kind of girl who doesn’t let much get in her way. If I’d been grounded in a snow-in Chicago for the night, I’d probably have curled up in an out-of-the-way corner in the airport and read a book until my flight left. Not Iris though. She embarks on an amazing night of adventure and fun and snags a sexy cowboy in the process. Not a bad argument for sampling the wild side of life every now and then.

Excerpt:
Iris watched Nash dance for a moment, then reached out, grabbed him by the waistband, and hauled him against her, pulling him down for a kiss. He pressed her as close as she could get, sinking into the sweet taste of her and pouring every ounce of adrenaline and heat that he was feeling into it. She kissed him back, making him groan.
Then she pushed him away, startling him for a moment, until she started dancing for him again, a provocative smile on her lips. He followed suit, and they went back and forth, throwing moves while the crowd went wild. He laughed, wondering where the real Nash had gone. Exhilaration filled him, making him feel reckless, completely uninhibited. The atmosphere in the club was intoxicating, irresistible.
And so was she. My God. He couldn’t tear his eyes from her. And not just because that gorgeous body of hers was moving in ways he’d only dreamed of. It was more than that. She was so full of light and laughter she just exuded energy, life. At that moment, he’d have followed her anywhere. 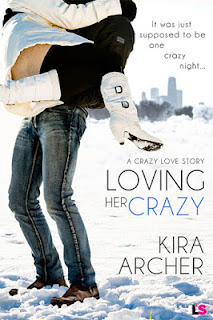 Iris Clayton is supposed to be on a tropical island, soaking up the sun and a few dozen mojitos. Instead, she’s snowbound in Chicago overnight, holding out hope the morning flight isn’t cancelled. Good thing there’s a hot cowboy to keep her company. And it doesn’t hurt that Mr. Tall, Calm, and Sun-Streaked can make her tremble with one sultry look from under his well-worn hat.

Montana rancher Nash Wallace sucks at ice skating, has no clue what a selfie is, and may be a tad averse to breaking and entering, but being with Iris makes him want to bend a few rules. Or, hell, throw them out the window altogether. She’s fun, spontaneously crazy, and can rock a Muppet fur coat like no one’s business. He’s falling hard and fast, but wanting to spend his life with someone after one night is insane.


Except, nothing has ever felt so right, and neither of them wants the night to end…

About the Author:
Kira Archer resides in Pennsylvania with her husband, two kiddos, and far too many animals in the house. She tends to laugh at inappropriate moments, break all the rules she gives her kids (but only when they aren't looking), and would rather be reading a book than doing almost anything else. She has odd, eclectic tastes in just about everything and often lets her imagination run away with her. She loves her romances a little playful, a lot sexy, and always with a happily ever after.