Once upon a time, on a campus paradise close to the beach and other forms of sanctioned escapism, I was a college radio DJ. My boyfriend at the time was one of the most popular DJs at our school, University of Miami. Week after week, I’d sit there and watch him weave a spell over a faceless audience with his rapid-fire words and sonorous beats.  It was a form of magic as far as I was concerned. Eventually, though, I got tired of watching him spin and wanted my own show. 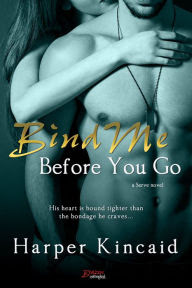 I was – and still am - a ridiculously devoted and rabid fan because music – for me – is still a form of enchantment an auditory hallucination which instantly transports us into another space and time. Even if only for a few minutes.

And I really miss mix tapes (sorry, Spotify playlists are cool but just not the same). So knowing that, it should be no surprise that I have reams of playlists in my noggin. When I’m trying to write a steamy scene, I admit I have some go-to songs in my archives I always turn to, but I’m also constantly on the look-out for new ones to add.

Writing BIND ME BEFORE YOU GO was definitely an adventure and having the right music certainly helped me enable Cassidy and David to find their way to each other. Their sexual chemistry and compatibility were off the charts from the second they laid eyes on one another.

So here they are…my top ten songs to bring out the sexy sexy:

Say what you want about the book or the movie, FSOG, but GODDAMN they got it right with the soundtrack. I love the music from the movie so much, don’t be surprised if you see more of their songs here.

Okay, gotta admit: I have a smidgen of a girl crush on the redheaded songstress. She’s just so friggin’ cool, I can’t stand it. And leave it to her to write a song about being someone’s mistress sound like a good thing.

True confession time. When I really liked a guy and he ended up in my dorm room or apartment, this song was always on the mix I’d play while we were fooling around. And I’d half-whisper/half-sing the words in his ear in between kisses and touches.

Got them every time.

So this one had to make the list. For old times’ sake J

Save this one for your thirties. Most won’t appreciate its power until then.

Originally featured in the film, 9 ½ Weeks (based on a true story, btw), this song screams seduction and sex. And is one of my favorites of all times. I fall in love whenever I hear it play.

I wish I was as cool as this song. It’s THAT good.

This has been a standard in my house for years. I play Al Green all the time. I get off on new bands all the time, but when I want to either celebrate or remember the happy? I play Al Green. This one will make you drop your panties in point-five-seconds.

Told ya another song from FSOG would make it on this list. I adore the slower version of this Beyonce song, frankly much better than the original. So there.

Okay, so the lyrics aren’t particularly sexy, but the drumbeat sure is. Play this when you’re ready to move to third base or home plate.

This is the song you play after the two of you have finished and you’re cuddling together. If you’re into that sort of thing. Another example of where the remake was even better than the original (by The Postal Service). If finding your soul mate were in a melody, this one would be it. 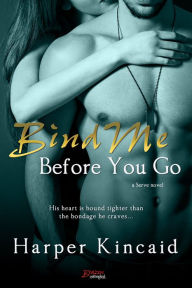 His heart is bound tighter than the bondage he craves...

Security expert David Cavill has more secrets than any man should. Secrets that forever shut down any possibility of love, marriage, or family. Yet Cassidy draws him in, an intoxicating combination of strength, candor, and sensuality that David can't resist. But as their bond deepens, Cassidy must decide if she can love a man whose heart is bound tighter than the form of bondage he craves...