A few years ago a friend of mine was heading up a conference for our local writers’ group and she needed help, so she reached out to me. I like to help, to give back and I said yes. Little did I know exactly what I was getting into. The countless hours of work, I could handle. No, it was the “other” that had me shaking in my heels. They made me the co-chair and told me I had to get up and give a thank you speech.

For as long as I can remember I’ve been afraid of talking in front of people (my 9th grade English teacher gave me an award for the fastest speech he’d ever heard). I hate being the center of attention (which is hard when you’re an author). Well, I survived that day (obviously) and have since made it a point to put myself out there. I’m better now with public speaking, however, I’d still rather be behind the scenes.

My heroine from BACHELORETTE FOR SALE, Cherry Ryan isn’t the most outgoing person either. She’d rather be behind the scenes, giving back quietly. The story starts out with her and her best friend co-chairing a gala fundraiser and singles auction to rebuild their community center. When one of the local celebrities doesn’t show, Cherry’s best friend corners her to step up and be auctioned off. Cherry’s first thought was to ditch the four-inch FM heels and make a run for it.

However, Cherry owes the center for helping her out a long time ago. So, she put on her big-girl-panties and strutted her stuff across that stage, which of course, led her to the prize of a lifetime. But before she can find her happily-ever-after she’ll have a few more obstacles to jump over and have to re-face her fear of being back in the spotlight

While I can’t say facing my fear of public speaking has led to any huge payoffs like finding the love of my life (already found him), it has given me more confidence in my self.

So tell me, what are you afraid of and how do you deal with it? 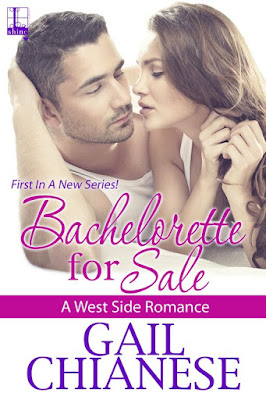 This sparkling debut dives right in to everything funny, flirty, and fiery about modern dating with the tale of a sexy singles auction that comes with the prize of a lifetime…

As far as Cherry Ryan is concerned, the bright lights of Hollywood are nothing but glare after her heart is broken on a reality show for millions to see. Instead she’s throwing herself into fundraising for the local community center that was a priceless lifeline to her as a kid. But when a volunteer for the singles auction bails at the last minute, Cherry finds herself on the block—and sold to Jason Valentine, a handsome contractor with a gorgeous body—and a really bad attitude about her days in the limelight…

Cherry soon finds that Jason’s more than eye candy, and not entirely sweet—especially his quest to win the bid for the center’s renovation. Mixing business with pleasure doesn’t seem like such a good idea—until Jason has a chance to reveal the big heart beneath his surly exterior. Cherry’s falling for him hard, but trust isn’t easy when you’ve been burned. To conquer her fears will take a giant leap of faith—straight into the spotlight again…

Author bio:
Gail Chianese's love of reading began at the tender age of three, when she'd make her grandpa read Fourteen Country Rabbits over and over and over again (and correct him when he skipped parts). While she's branched out over the years by reading mystery, women’s fiction, and urban fantasy, she always circles back to romance in the end. That's probably because she's married to her real life hero. Her wonderful hubby has served in the US Navy for the past twenty two years and he’s done things he can’t tell her about. But it doesn’t stop her from being extremely proud of him and the sacrifices he makes for her, his family, and his country. He’s also uber-supportive of her dreams and of their three children. Living in Mystic, CT and a member of Connecticut Romance Writers of America, Gail loves to hear from readers. Visit her online at GailChianese.com, follow her on Twitter @Gail_Chianese, or send her an e mail at gail.chianese@yahoo.com.