In my latest contemporary romance, The Pitch, my lead character Madeleine Spencer is a driven businesswoman intent on landing the next big account for her marketing agency, Grounded Marketing. She’s the first to admit her career-obsessed lifestyle could do with an overhaul—it’s been four years since her last serious relationship—but thinks that relationships could learn a thing or two from business. Take a look:

1. Business pitches: in the business world, you have to pitch for business. Why not apply this theory to relationships? Before you get involved with another person why not have a mutual pitching session where you present the reasons why you would be a suitable candidate for the relationship? Complete with question time of course. A pitch must be in person and should in no way resemble speed dating. Pitches must be well thought out, prepared for and can be validated by other sources, which brings me to:

2. Reference checks: when I interview and hire staff for my marketing agency, Grounded Marketing, I get to run reference checks. It’s not the same when you’re dating someone or considering a relationship. Too much internet research and you start feeling particularly stalker-like. Not to mention that social media profiles are so contrived. Sure, he looks like a great guy on Facebook but who really knows? Wouldn’t it be refreshing if you could just ring around a list of say three or four friends and ex-girlfriends to find out what you’re really getting yourself in for?

3. Work in progress meetings: when you run a business, you constantly manage things. With a relationship there’s a lot of grey areas. Wouldn’t it be nice if you could sit down at the beginning of each week and agree on mutually convenient times to meet up, check in on how each of person feels the relationship is going, and discuss areas for further improvement? Instead couples usually fumble along for a while, not entirely certain what the other person is thinking.

4. Probationary period: when I hire staff, there is usually a probationary period of around three months. If I find it’s not working out, or the person isn’t suited to the role I’ve hired them for, I can decide to terminate the contract. Why can’t we apply this to the first three months of a relationship? If during this three month period either party has valid reasons the relationship isn’t working, they get to end the relationship. No complaints, no online stalking or social media trolling, just a sensible end to an unsatisfactory relationship in a mature manner.

5. Annual leave: where is it written that just because I’m in a relationship I have to spend every waking minute with you? Yes, I might love you, but it’s also important to take time for yourself or catch up with friends. Why not have a system of agreed annual leave between a couple where it’s expected that each person will take some time away from the relationship when needed, at the agreement of the other person? 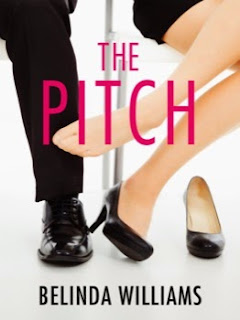 She’s in a long-term, committed relationship. With her business.

In three years Madeline Spencer has single-handedly grown her marketing agency, Grounded Marketing, into one of the country’s fastest growing companies. But her success has been at the expense of her social life, and her girlfriends have had enough. They’ll do whatever it takes, from speed dating to blind dates, to show her there’s more to life than work.

Only Maddy is having a hard time forgetting about her business. She’s about to pitch for her biggest client ever and the mysterious media mogul, Paul Neilsen, has volunteered to mentor her. Maddy might just be in with a shot of landing the account—if she can keep her mind on the job.

Working with Paul is not at all what she’d imagined, and Maddy finds herself torn between her ever increasing workload and her feelings for Paul. She’s discovering playing in the big league means making sacrifices…and Maddy must decide what she can’t live without.