Congratulations to "Marcy S.", the winner in Tina's giveaway. Thank you to all who participated! 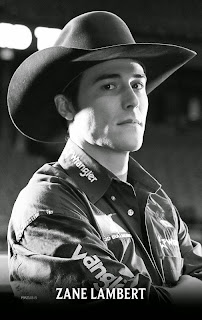 What would you say is your favorite thing about the riding community? It feels very close-knit, and you travel weekend to weekend?

Definitely the best thing about it is the people you meet. The guys you get ready with in the change room. The guys you travel with and hang out with the whole time. There is a huge community and we all interact with each other and it’s pretty cool. We go to different cities every weekend and it’s the same guys going down the road, so it’s really neat to travel all over the world and still have your friends there.

In your career what would you say was your most memorable moment? And why?

Two years ago, I won the Canadian title. That was probably the most memorable for me because I came in second the two years before that. To finally pull out the win—it was pretty special for me, and I finally got my title.

What would you say is the most romantic thing you have ever done for your wife?

I asked her to marry me at the CN Tower, in Toronto, and we went on our honeymoon to Hawaii. If I could do that again, I definitely would.

What’s your idea of a romantic night out?

I think because I’m on the road so much, a night in is more a night out for me. To sit at home—we like to cook, and that’s my idea of a nice night. Not traveling. 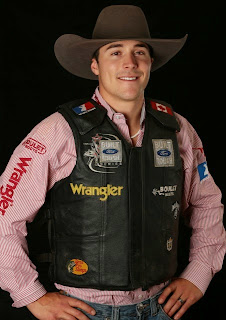 Personal
This Canadian cowboy started riding and attended his first rodeo school at 10 where he won a rodeo card after which he competed in 4 contests that year and was permanently hooked. To keep in shape he definitely hits the gym hard and also has a routine he does in his hotel room on the road that includes pushups, sit-ups, etc. After his wife Stacey, whom he married in April 2013, Zane’s best pal is his English bulldog Ace, whom he calls his mascot and sometimes travels with. When not on the tour, Zane likes snowboarding and doing renovations on his friend’s houses.  He and his wife also like to make wine from scratch - they’ve even ordered grapes from California before and done the crushing and fermenting at home. Someday he hopes to retire from bull riding with enough money to buy a big place in the country where he can raise a bunch of kids and of course, have a large wine cellar.


2014 Highlights
Competed in his first event this season in Sacramento, California, where he lead going into the championship round, going 2-for-3 for third place overall and his first Built Ford Tough Series Top 5 finish...collected four Top 10 finishes and two Top 5 finishes altogether, including tying for second place in Des Moines, Iowa, covering two of his three bulls and posting one of his two round wins on the year...earned his second round win in Nampa, Idaho...earned himself a BFTS career-high 87.50 points on Guns and Donuts (Silver Creek Pro Rodeo) during Round 3 of the World Finals. 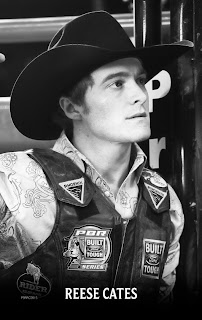 So, Reese, how and when did you start bull riding?

I started riding bulls at a very young age. My dad and my granddad both rode bulls. So it was something that I grew up around. Something that I knew I wanted to do. I got on my first calf when I was three years old, and I had already been riding horses and stuff since before I could walk, and I just fell in love with it. The adrenaline rush, the idea that I could make a living doing something that was so fun. I was mesmerized by the sport. I did high school rodeo, college rodeo and worked my way up into the PBR—and here I am today living my dream.

How would you describe yourself to your fans?

Wow, that’s a good question. I think a lot of people misinterpret bull riders and have this assumption that we are all cocky, arrogant guys that are too full of ourselves. But there really is a lot to bull riders. Whenever you’re getting on an animal that weighs between 1500-1800 pounds for a living each and every week, you kind of have to have a little bit of cockiness or arrogance about you. But we are really and truly a bunch of small-town guys who grew up hard-working, and I think the same holds true for me.

Do you find you get nervous on competition nights?

I think that nerves and adrenaline can be misinterpreted as one or the other, and it can make you perform fifteen percent better or fifteen percent worse. If you interpret it as nerves, then it’s going to cause you to perform worse, and if you interpret it as adrenaline and you harness it and use it to your advantage, you are going to compete even better. So, yeah, there are butterflies there, but you know it’s the same way with Peyton Manning or Michael Jordan whenever he was playing basketball. The greatest athletes in the world know how to harness that and use it to their advantage. And that is what we are trying to do.

What do you see as the ideal romantic night?

I think for me it’s not so much about what you do or where you are at, it’s about who you are with. I’ve heard a lot of stories about finding a good woman and how she makes you better but I think the best one was: there was a mayor and he and his wife were eating dinner and they walked by this construction site and this man said hello to the mayor’s wife as they passed by. And the mayor asked who was that and she let him know that was a guy she dated in high school and he told her, well, aren’t you glad you didn’t marry that guy, you would be married to a construction worker, and she informed him very quickly that, no,, if I would have married him, he would have been the mayor. I think there is a lot of truth in that. I think the woman makes the man. I think that the couple makes the date; it doesn’t matter whether you are taking a long romantic walk on the side of a beach or whether you are having a nice dinner with a glass of wine or if you are sitting in front of a fire. If the chemistry is there it’s going to be amazing either way. 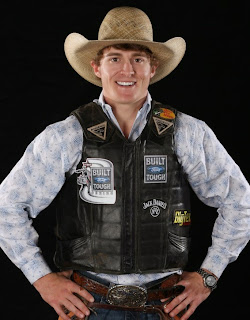 
Personal
A third-generation bull rider (his father and grandfather both rode professionally), Reese says he was riding horses before he could walk (his mother, aunts and grandmother were all barrel racers). Growing up and rodeo-ing with Chase Outlaw, the two are still the best of friends and now compete in the PBR together. During his first couple years on the BFTS, Reese attended and graduated from Panola College in Carthage, Texas with an Agriculture Business Degree. After suffering multiple debilitating injuries during the 2013 season (three crushed ribs, a collapsed lung, a dislocated shoulder with torn ligaments), Reese says he learned so much about medical procedures he thinks he might have liked being a doctor if he weren’t riding bulls. When he is touring, there is one thing he always has to have with him…his Tempur-pedic travel pillow. “I like my sleep”, jokes Reese, who says he could easily snooze for 10 hours if given the opportunity.  After appearing on The Rachel Ray Show a few years ago (he tested a portable washer/dryer for the show), Reese admits he is now a fan and also regularly watches Dr. Phil.  When he’s in top form, Reese sometimes hangs out and trains with Chad Mendes and Urijah Faber (top UFC fighters who are also PBR fans), and says that Mixed Martial Arts (MMA) workouts help keep him in shape for bull riding. In his down time, Reese likes hunting with Chase and San Diego Padres pitcher Andrew Cashner, fishing and spending time at home with family in Arkansas.

Earned a ninth place finish in Chicago, Illinois, going 2-for-3 during the event…landed a fourth place finish in Oklahoma City, Oklahoma, covering three of his four bulls…competed in 10 events before dislocating his shoulder while in Phoenix, Arizona…missed six months of competition after undergoing shoulder stabilization surgery…returned to competition in Nashville, Tennessee…placed 13th in Oakland, California, as his last Built Ford Tough Series event of the season. Special $1.00 off coupons on each of the below links!

Giveaway:
For today's guest blog post, one lucky commenter or email entrant will win a copy of all 4 books, plus a Professional Bull Rider hat! (US residents only).

Also try out for the mega-giveaway below!

Giveaway ends 11:59pm EST May 11th. Please supply your email in the post. You may use spaces or full text for security. (ex. jsmith at gmail dot com) If you do not wish to supply your email, or have trouble posting, please email maureen@JustContemporaryRomance.com with a subject title of JCR GIVEAWAY to be entered in the current giveaway.